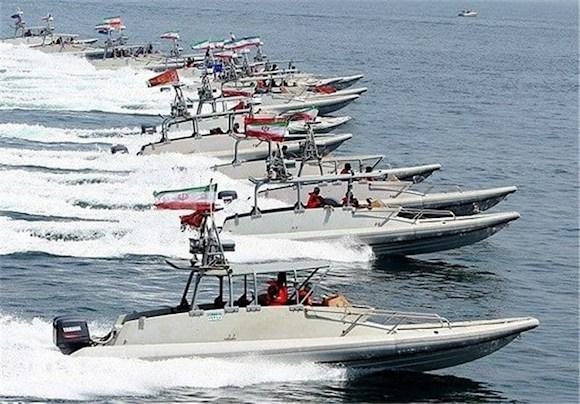 Stories always have a beginning and an end; then it can be more or less pleasant, well that's another matter. What is commonly lacking, regardless of latitude, is the good old sense of modesty, that innate common sense that, with a precise and dry smack on the nape of the neck, should make you withdraw from self-harming intentions. Because one thing is certain: when a nonsense is knowingly affirmed, repeating it so many times as to give it wings capable of making it reach the most unexpected heights, it is extremely easy for a simple spark to set fire to those wings and just as quickly precipitate the dished nonsense.

To give credit to the Iranian authorities, you will remember (read article), an oil tanker flying the Vietnamese flag had been seized by American military personnel who, at the sight of the Pasdaran helicopters, had preferred to remove the disturbance.

Regardless of the fact that the oil tanker in question appears to have returned to Iran from Asian ports, it must be said that the first movie proposed had been abruptly and forgetfully re-released after a first broadcast about a month ago, and the second, accompanied by a captivating soundtrack, presented nothing from which comparisons between marines and pasdaran could be inferred.

A documentary for propaganda use, but nothing more, and for which the considerations made in the heat of run into some saucy spark.

As in all stories, the ending is missing, here grotesque: the Vietnamese shipping company must now negotiate the release of its ship, blocked in Iran.

The Russo-Ukrainian War threatens the survival of hundreds of millions of individuals around the world as claimed ...
27853
Read

President Joe Biden has signed the measure, approved by the Senate, which authorizes and facilitates the provision of a ...
13450
Read

A battalion-level tactical group (BTG) would have been annihilated by (yet another) Ukrainian ambush on the river ...
16149
Read

For several days in Chad (one of the poorest countries in the world) demonstrations against the French presence have been raging ...
2354
Read

Libya continues to be shaken by uncontrollable instability, even if the attempts of the UN are ...
3326
Read

At the height of three days of tensions, the Latvian parliament approved a bill allowing the ...
88333
Read

“The Russians don't have the ability to enter the Azovstal tunnels ... That's not just a normal tunnel, that's a ...
12494
Read