Is Iran Thwarting US Attempt to Confiscate Oil Tanker in the Oman Sea? 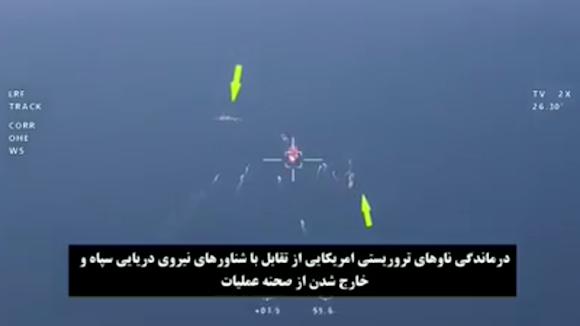 The news this morning, from the Oman Sea, should lead to pressing concern. According to agency relaunches, US forces "would have" forced (the conditional is a must) an oil tanker to deviate from its route for an unknown destination, only to be providentially saved by the intervention of naval forces. Pasdaran that led it back to "friendly" waters. The version provided by Al Arabiya is divergent, however, and illustrates a completely different picture, whereby the American forces have only prevented the Iranian ship (flying the Vietnamese flag) from plying the Arabian Sea, to return to national waters, a different account and more consistent with what was recorded with the attack with explosive drones brought to the Mercer Street last summer. In support, the Iranians have already distributed cartoons (unpublished but strangely already ready), videos (unfortunately for them, however, already published about a month ago!) From which nothing it is possible to infer.

Given that the US does not seem to need either crude oil or racing war, all this appears to be a useful weapon of mass distraction for a regime that is beginning to feel the blows of the difficulties induced by the economic crisis, and the stall of the Viennese negotiations on the JCPOA. Not later than a few days ago the Iranian public information system was the subject of an attack that generated anger and disorientation, as happened with the various incidents involving the nuclear plants in Tehran. 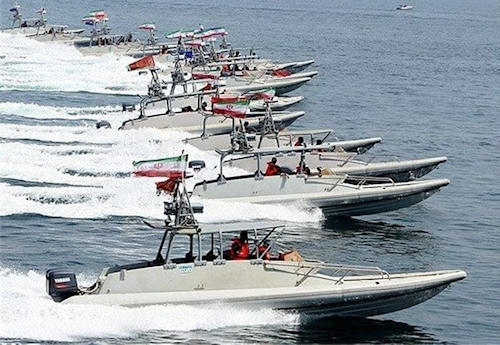 That Iran is a great country, heir to a unique tradition of state and power is beyond doubt, but that the difficulties resulting from the spread of the Covid epidemic and a perhaps not so efficient vaccination campaign have prostrated a population already exhausted, it is beyond doubt.

The transition from a progressive leadership like that of Rohani to a more orthodox one like that of Raisi, needs political and social support that requires the need to create elements of discontinuity that lead to appreciate the present by projecting it into the future, and enhancing the elements ideological and nationalist.

The elimination of Soleimani has left an indelible mark, and even now it is essential to affirm a strong willfulness even if not supported by real abilities. Frankly, it's hard to believe one debacle American: much more likely one drole de guerre of Tehran which, especially on the sea, does not have particularly good assets.

The Russo-Ukrainian War threatens the survival of hundreds of millions of individuals around the world as claimed ...
27817
Read

A battalion-level tactical group (BTG) would have been annihilated by (yet another) Ukrainian ambush on the river ...
16143
Read

At the height of three days of tensions, the Latvian parliament approved a bill allowing the ...
88326
Read