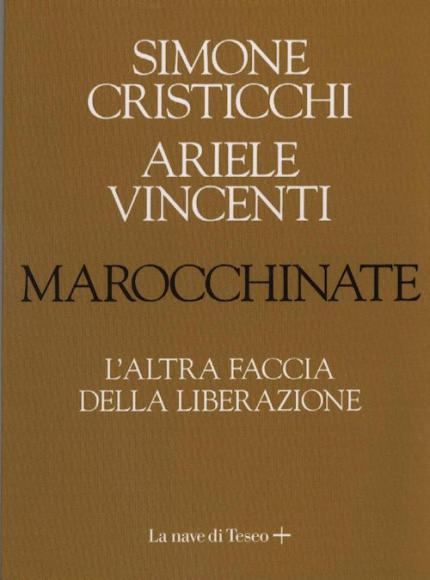 Theatrical work, this one, written by four hands, in which the authors remember - through Angelino, a Ciociarian shepherd who converses with Enzo, a journalist from Time that, in the end, it will turn out to be Enzo Biagi - "the other side of liberation", that is, what happened, in 1944, in some towns of Ciociaria "Crushed between two fires, on one side the wall of the Germans, on the other, the advancing Americans", after the Allies managed to penetrate the Gustav Line - two hundred and thirty kilometers of trenches and bunkers built in the middle of the mountains with thousands of German soldiers hidden among the rocks - thanks to the use of a strange army composed of soldiers from the rugged mountains of the North Africa.

“They called them the Moroccans. And the worst thing they said was that they took everything they could find, especially the women and rape them mercilessly. " It was they, the Moroccans or, better, the Goumiers, as they were called in French, to track down the Germans around the mountains. And their commander, General Alphonsine Juin, said: “Beyond those mountains, beyond those enemies you will kill tonight, there is a wide land, rich in women, wine, houses. If you manage to cross that line, without leaving a single enemy alive, your general promises you, proclaims that those women, those houses, that wine, everything you find will be yours, at will and at will. For fifty hours. And you can have it all, destroy or take away, if you win, if you deserve it. " And while in Rome the Americans, parading through the streets, gave away chocolate and cigarettes, “In Ciociaria, the soldiers with tanks that give away cigarettes and chocolate, they haven't seen each other! Here history is to be rewritten! [...] Because this is a story that if you are not from these parts, you don't know it. […] An unknown story that happened in an unknown land. Ciociaria. "

In three days i Goumiers they made Hell. “In Ausonia and Esperia, more than 800 women have taken, mothers, daughters, grandmothers, girls. […] But those poor wretches were not enough for him. No! So off to Castro dei Volsci, Castelforte, Vallecorsa, Patrica, Pofi, Isoletta, Lesola, Supino, Morolo, Sezze, Roccagorga, Pico. More than twenty days they have been here killing, raping, stealing gold, animals. Even the household items were stolen by the Allies! The new liberators! [...] Don Alberto was the parish priest of Esperia, who had set out to defend three girls, they impaled him in the center of the square in front of everyone. "

The exact number of this violence was never known, also because women were ashamed to press charges. "Moroccans they called them, it was a brand in focus." There was no money to buy medicine to cure the diseases that the Moroccans left behind. And then we died. And the women who were saved lived badly because "When they dirty your soul there is nothing that can heal you."

They were despised by their husbands and by the people of the country, the Moroccan women, as if they had the plague, until one day they rebelled and started screaming. And their screams reached the parliament. But they were useless screams because “A politician had the courage to say that nothing was true! That her husbands returned from wars brought her illnesses and that in all of Ciociaria only three women were raped by Moroccans. " But the protagonists of this story know that this is not the case and they dedicate it to "Thousands of victims of this ugly and tragic page of history because [...] the man who does not honor the past is not worthy of living in the present and will be incapable for the future."

Marco Rottigni, Andrea Danesi Visconti Published by the authors pages 224 The decadent world of the near future, a famous ...
432
Read

Giampiero Cannella Ed. Historica 2021 pp. 159 In recent years, especially among insiders, there has been debate ...
630
Read

Riccardo Lancioni Ed. Chillemi pp. 112 The Yom Kippur War was a highly technological conflict, in which the ...
968
Read