Home Recommended Points of view May 9 has arrived: analysis on the stat ... 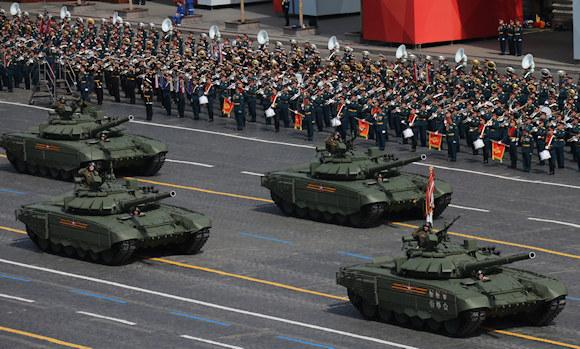 Those who expected that Putin would, at the very least, be able to seriously announce the neutralization of the regiment to the Russians Azov and the total submission of the city of Mariupol was disappointed: in today's press conference, the resisters, barricaded in the impenetrable Azovstal fortress (see article) have made fun of those who, one day and the next as well, gave them up for dead, announcing the estimate of 2.500 dead Russian soldiers - uselessly, it is appropriate to say - to try to annihilate them.

But it is not this appearance of the Ukrainian resisters, safe and sound, the only alarm bell for Putin, on the day that, according to the initial plans, should have glorified the celebration of the definitive defeat of the "anti-Russia" of Kiev and the creation of the "New Russia" in south-central Ukraine.

Let us give a quick summary of the reasons for the alarm for the Kremlin.

Do not think that all this means that Russia, weakened militarily, will be induced to seek a serious and acceptable diplomatic solution for the attacker and the aggressor: the negotiated solution exists only in the minds of optimists at all costs.

Decisions in Moscow are made only on the basis of resentment: as soon as the "tsar" feels threatened, rejected or offended, he acts accordingly, certain that Russia never loses, it is sacred and immortal.

This is a war waged for completely irrational reasons, illogically, often directed by terrified or enslaved people, and can escalate into an even more devastating conflict, regardless of whether the "tsar" wins or loses. It is enough that he "feels" that he must defend Russia.

Who remembers the fall of the Berlin Wall on November 9, 1989? A few months earlier, Honecker had predicted in January ...
5074
Read

When you use a weapon or apply a tactic in war, you do it for one reason only: it gives you an advantage in winning or, if ...
4890
Read

You read the newspapers and you have the impression that sooner or later the Russian president will leave us - it is appropriate to say - in ...
5818
Read