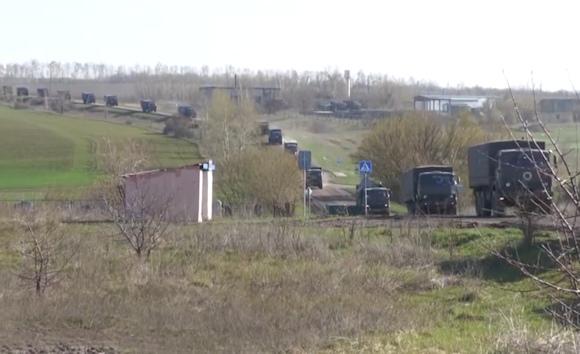 These days the attention of the chancelleries and analysts from all over the world are focused on the so-called "great offensive" that General Alexandr Dvornikov is preparing to lead with the minimum objective of conquering the Don basin and south-eastern Ukraine. But is this latest offensive by Moscow troops really as "big" as we are led to believe?

The Americans, who for six months have seemed as well informed about the maneuvers and tools of the Russian forces as and perhaps more than Putin himself, speak of 78 Russian BTGs present in south-eastern Ukrainian territory, the one targeted by Moscow's actions. To understand each other, a BTG - an English acronym that summarizes "battalion tactical group" - usually includes a battalion (typically, mechanized infantry) supported by 2-4 companies, with artillery, anti-aircraft, engineering and logistic support units, drawn from an army brigade. Most of the time a BTG includes a tank company and a rocket artillery company as a reinforcement. Since each BTG includes 600-800 troops, we are talking about a force of this magnitude:

We could easily increase these numbers by a good 50%, also considering the militias of the so-called separatist republics of Donbass, reaching a strength of 120.000 attackers.

Let's try to understand on what surface such a power is applied, because we are talking about an aggression against the second largest state in Europe, after Russia itself.

The area subject to military occupation or war operations extends over no less than 110.000 square kilometers, almost as much as the whole of northern Italy. On an area of ​​this size, the Russians can barely deploy one soldier for every square kilometer, even including the Donbass militiamen and mercenaries. What the media often fails to consider is that - in addition to fighting - Russian soldiers must also act as an occupation force, to suppress riots, impose order, etc. To understand each other, for the control of the territory alone, Italy deploys more than 250.000 men and women of the state police, the carabinieri and the financial police on an area of ​​300.000 square kilometers which certainly must not be held by force. It goes without saying that Putin's troops remain engaged in a very long front that goes from the mouth of the southern Bug to the hinterland of Kharkiv, that is to say almost triple the 480 km erroneously calculated by the Italian media.

But in what condition are the Russian fighters really? Also according to the Americans, they have about 75% of their fighting power since the invasion began. However, despite the Russian army outnumbering the Ukrainian forces, the Ukrainians "still have a lot of fighting power" and are "supplied every single day" by Western allies.1.

Fred Kagan, an analyst atAmerican Enterprise Institute, then points out how many Russian battalions are weak due to losses and lost and damaged equipment and have poorly trained conscription forces. According to theInstitute for War Studies, Russian forces may certainly be able to weaken Ukrainian positions in eastern Ukraine through a strong concentration of their firepower, but probably at a high cost. However, a sudden and dramatic success of the Russian offensive remains highly unlikely and Ukrainian tactical losses would not mean the end of the campaign in eastern Ukraine, much less the war as a whole.

In conclusion, let us return to the issue of occupation and of those who assist the (scarce) armed forces in this very serious task. The Kremlin's main agent in this area is the rosgvardia (Russian National Guard), whose large presence in Ukraine, again according to theInstitute for the War Studies, indicates that population repression is a clear Russian goal. There rosgvardia, which in combat proved inadequate and suffered enormous losses, is not part of the Russian armed forces; he reports directly to Putin and is one of his instruments of repression in Russia. The Russian leader, who had deluded himself to the contrary before February 24, cannot control any area of ​​Ukraine without terror2. Cities like Kherson and Melitopol may be occupied but not governed: locals are resisting foreign domination with protests, sabotage and assassinations of the Russian military. The terror serves to compensate for the limitations of military might and the lack of benefits the Kremlin can offer to those it is trying to control, both inside and outside Russia. Even if the rosgvardia had deployed a third of its staff - 340.000 effective - to "manage" occupied Ukraine, it would be a maximum of one man for every square kilometer. But he certainly he is using much less, also not to lose home control in this critical phase.

Such small numbers increase the morale of the resisters: it is no coincidence that the head of Ukrainian diplomacy, Dmytro Kuleba, said that the end of the Russian war of aggression will be decided from the battlefield, not from the negotiating tables.

2 Mind you: Russian atrocities in Ukraine are not a new phenomenon. Russia and the forces it controls have committed atrocities in Ukraine for the past eight years. One prison, known as "Izolyatsia", in Donetsk was de facto a torture camp. Russia has been pursuing the Crimean Tatars on the peninsula for years

Who remembers the fall of the Berlin Wall on November 9, 1989? A few months earlier, Honecker had predicted in January ...
5075
Read

When you use a weapon or apply a tactic in war, you do it for one reason only: it gives you an advantage in winning or, if ...
4890
Read