Home Recommended Points of view Unexpected effects of the first supplies of ... 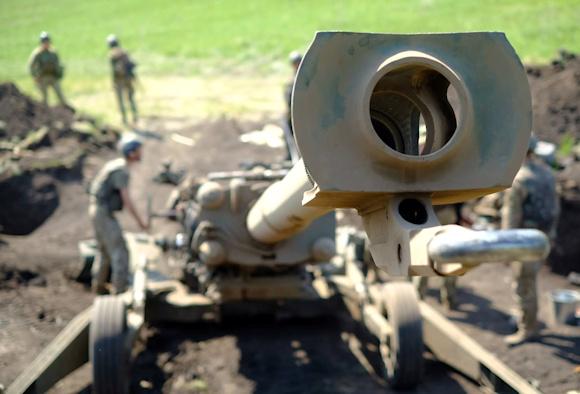 Ukraine can avoid a lengthy war scenario if it has enough weapons and supplied quickly: word of Wesley Clark and Philip Breedlove, both American four-star generals and with a past as supreme commander of NATO allied forces in Europe. What weapons are we talking about? Rocket systems, artillery, but also air defense, medium and long range. Missiles equal to Neptune and even more advanced weapons of its kind, according to Breedlove, "They will help Ukraine in the battles it is fighting now" and will greatly reduce the duration of the war.

Yes, the war. Pending the weapons and weapon systems that should facilitate the victory of the Ukrainians - thanks to Western support and a harsh war of the army and of the people against the Russian aggressor - the fighting continues. And the information coming to us from eastern Ukraine goes far beyond the reports of many commentators. According to which, it seems that the Russians have withdrawn from Kharkiv to accumulate forces in central Donbass in order to launch a decisive attack on the forces of Kiev.

But is it really so? To understand how things are going, we need to go to Izyum, the town located on the south-eastern side of the Kharkiv oblast and understand a few things:

In the end, you will see that ... the accounts do not add up and the sum of the factors gives a different result from that proposed by many analysts.

A crossroads between Russia Donbass

Izyum is located right at the point where important supply lines for Russian forces converge, operated by means of the railway, which was put back into operation about five to six weeks ago and reconnected to that of the Russian Federation. The rails come from three routes, all originating from the Russian oblast of Belogorod, meet in the town of Kupiansk and then, with two parallel lines, descend towards Izyum itself, which has become the center for the collection of troops, vehicles and equipment necessary for "Great offensive". 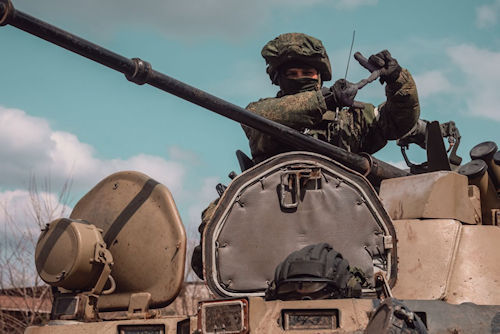 The initial plan was to attack from here in two directions: towards Kharkiv in the northwest and towards Sloviansk in the south.

As we had already reported in the past, a direct attack from the north towards Sloviansk would have made life difficult for the Russian forces, since the Ukrainians could easily force them to pass through a gorge near Krasnopillya (see article), 20-25 kilometers from Sloviansk itself. Therefore, Izyum turned into a logistics center to supply Russian attackers in the direction of Donbass and Kharkiv itself. In short, from the pivot of the entire encirclement maneuver it was soon reduced, also because it did not entail any apparent benefit. Considering it now safe, in the meantime the Russians had placed the command there, being able to monitor the two lines we were talking about: Donbass and Kharkiv.

The Ukrainian counter-offensive from Kharkiv

A little over a week after the start of the "great offensive", on the day of Western Easter Monday, news began to arrive of villages and towns returning to Ukrainian control. At the same time, photos and videos of Russian vehicles and buildings hit by Ukrainian drones and artillery have increased in spectacular numbers. They even appeared in the sky - albeit with few exits - helicopters and fighter planes from Kiev, almost always lethal for the superior level of training of pilots. Images of modern Western weapons, albeit still in insufficient quantity, quickly went viral. Meanwhile, the Russians were showing signs of wanting to shift their forces from this front towards that of the Donbass: as already in Kiev, the tactical retreat soon became a small Caporetto with losses of hundreds of vehicles and probably many hundreds of men, often - according to Kiev - hastily left on the ground like corpses or dying. They also lost hundreds of officers and soldiers in a deadly attack on the command center which was imprudently placed in a location not yet perfectly secured.

The hastily retreating Russians blew up the bridges over the rivers, but soon found themselves hunted down into the forests west of Izyum, almost inside the urban area. The satellite images of the burning vehicles and the explosions are impressive. 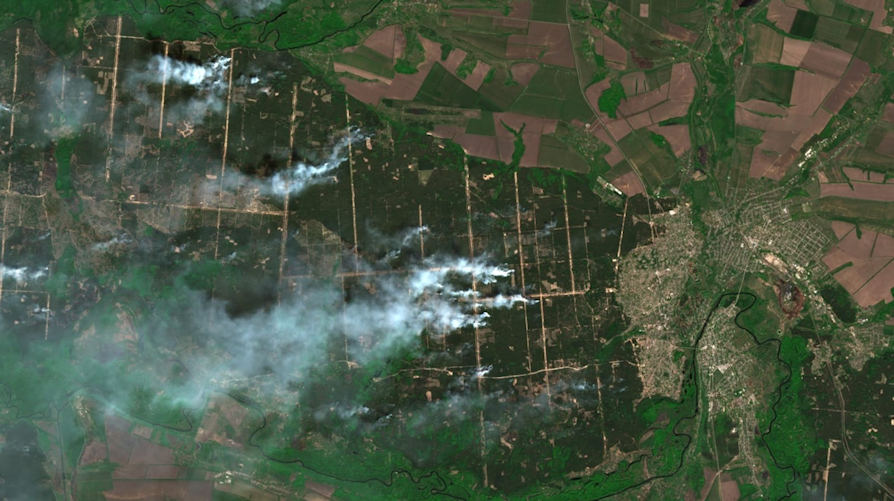 This is how the front has gradually moved eastward: in the last few hours, according to Kiev, the Russians have settled near Horokhovatka, on the Oskil river, it is not clear whether to fortify themselves or - as seems more likely - to cover the retreat further east. What is certain is that the Ukrainians can now even think of closing the Russian forces present in Izyum in a pocket or, as we believe, facilitate their withdrawal. Yes, the Russians could prudently leave the town occupied almost a month and a half ago because it is now useless. In what sense? The consequence of our reasoning, if you have followed us, is clearly visible on this map. 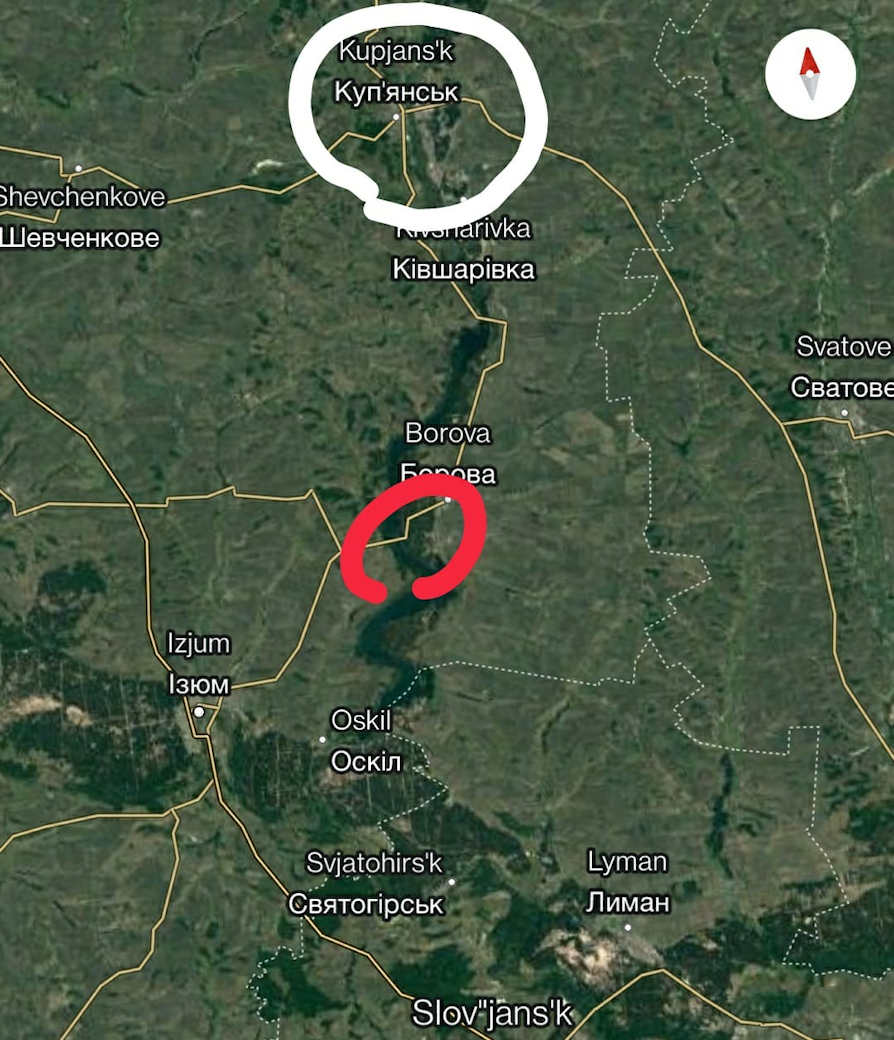 The Russian extreme defense at Horokhovatka, in the red circle above, if the information is correct, is located in the heart of the logistics chain between Russia and Izyum, a few kilometers from the Kupiansk, circled in white, where the railway networks converge from Belogorod oblast: Ukrainians could soon cut supplies from Russia to Izyum itself.

What's going to happen? Still not clear. We believe that a direct confrontation cannot be excluded precisely to prevent the return of Izyum to Ukrainian hands: if the Ukrainians take back the town, all the speeches we have heard about the encirclement maneuvers would remain only on paper.

Recall that all this has happened yet with few supplies actually arrived: if the supplies are massive and fast, perhaps we can say that Clark and Breedlove have seen it right.

Who remembers the fall of the Berlin Wall on November 9, 1989? A few months earlier, Honecker had predicted in January ...
4569
Read

When you use a weapon or apply a tactic in war, you do it for one reason only: it gives you an advantage in winning or, if ...
4810
Read

Put an evening in Georgetown, near the American capital, at the prestigious Italian restaurant Milan. Put to a ...
5260
Read

World War II? The Poles blew it up in 1939: Austrians and Czechoslovakians had not succeeded ...
10204
Read

Readers often ask us why Online Defense does not have, so to speak, a line on the war in Ukraine, but offers ...
1144
Read

You read the newspapers and you have the impression that sooner or later the Russian president will leave us - it is appropriate to say - in ...
5783
Read

Today 3 June has arrived what seemed impossible on 24 February: the XNUMXth day of the war of ...
4066
Read

The whole world knows the so-called "Gerasimov Doctrine" thanks to Mark Galeotti, one of the world's leading experts ...
5538
Read

Where were we? Not even a week after my last article on the progress of the war, it seems that the media ...
15925
Read

Take a good look at this piece of paper: it is one of the thousands of flyers that the Turkish air force has rained down in the ...
4004
Read