The Russian retreat from Kiev: Caporetto? 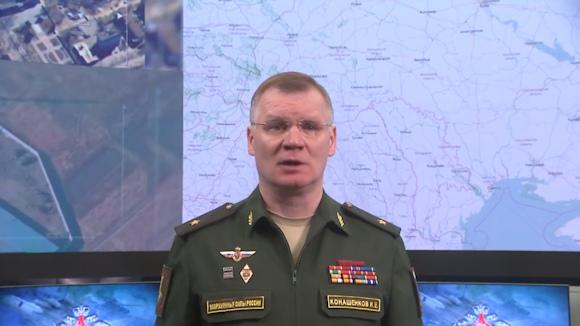 The Russian general staff announced the "partial withdrawal" and the "reduction of activities" from the Kiev and Chernihiv fronts last March 29, on the eve of the fifth week of the war. In the following days, the Kremlin quickly moved the troops and surviving vehicles of those who had unsuccessfully tried to reach the Ukrainian capital from the north and north-east from the beginning of the war of aggression and invasion against Ukraine within the Belarusian territory. . At the same time, the Sumy oblasts and half of that of Kharkiv were also abandoned and land advancement operations towards Mykolayiv, Kryvyi Ry and Zaporizia ended, leading to a loss of approximately 65.000 square kilometers of occupied territory at the price of at least 25-30.000 casualties including dead and wounded. Generals and analysts loyal to President Putin have spoken of a "diversion" and a "tactical retreat", but in hindsight it is something else.

In the meantime, let's try to understand how much territory was lost by the Russians: the indicated area roughly corresponds to the extension of Lombardy, Piedmont and Veneto put together, that is to say of almost the entire Po Valley north of the Po river. Define the occupation and abandoning a space of this extension "diversion" and "tactical retreat" is a bit like calling the atomic bomb a slightly bigger firecracker. To make a comparison, the twelfth battle of the Isonzo, which the Italians also know as the defeat of Caporetto, cost our country 10.000 square kilometers, that is a sixth of what the Russians lost, in addition to an almost equivalent number of dead and wounded. (40.000).

In short, the Russians in the short space of a week gave up more than half of the conquered territory at an enormous price, maintaining control only of a strip of just under 60.000 kilometers taken in recent weeks between Kherson and the Don basin. 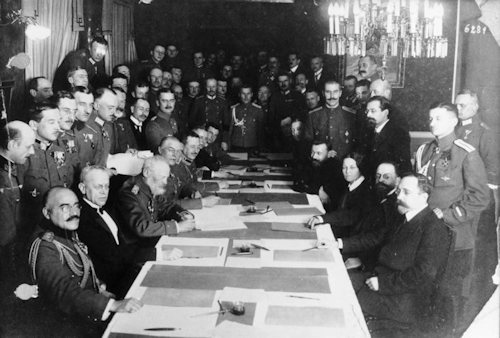 The huge abandoned territory, the staggering number of casualties and the shortness of time of events have few historical precedents. In Afghanistan in 1989 and 2021 the Soviets and Americans left governments apparently in possession of their powers, which then crumbled on their own.

With the peace of Brest Litovsk in 1918 (photo) the Soviets ended a long and exhausting war, as well as with the armistices of November 1918 Germany and its allies agreed to stop hostilities and lay down their arms following four years of fighting. .

The only precedent of rapid and sudden abandonment of a newly conquered territory is that of the Napoleonic invasion of Russia, with the French losing almost 300.000 kilometers of newly conquered surface in the space of two months, once they abandoned Moscow.

Since we are facing not a tactical retreat but a defeat, let's get rid of the idea that the troops and vehicles engaged around Kiev and north-eastern Ukraine can be quickly moved and immediately deployed in Donbass to give a "push ”From the south: it's just ridiculous! They are either worn out troops or so undisciplined that they have devoted their time to looting rather than fighting. In short, either they are useless or they are useless.

To listen to American intelligence, which since last autumn has practically guessed and anticipated them all, Putin would have lost 20% of the men and means employed in Ukraine in the short span of six weeks: considering that some "analysts" speak of a war "destined to last years", probably on May 9, 2023, thirteen months from now, the Russians will have few battered soldiers to parade for Victory Day. 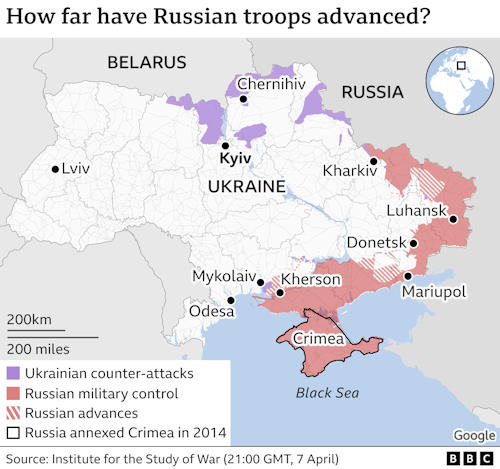 Now, Moscow remains in control, as already mentioned, of the Crimea and the Donbass people's republics, which it already had before February 24, as well as of a strip of territory that corresponds to almost the entire Kherson oblast (where the population demonstrates every day calling for the withdrawal of the occupiers), two-thirds of the Zaporizhia oblast (with the population of many centers boiling), the eastern half of the Kharkiv oblast and almost the entire Luhans'k oblast controlled by Kiev before Of the war.

According to Washington and Kiev, the Russian troops are about to attack from Luhans'k to the west and especially from Izium to the south, aiming to bag the bulk of the Ukrainian forces, that army that has been fighting the Russians in the Donbass since 2014. To do so, they will have to take control of the road between Izium and Slovyansk, with the Ukrainians currently perched near Krasnopillya in a gorge similar to the passage between Irpin and Bucha towards Kiev where Russian forces have proved themselves so terrible that they are withdrawn. Once these 40-50 kilometers have been covered, they will have to take Slovyansk itself first and then Kramatorsk, if they want to try bagging or engage in battle with the Ukrainians. Let us question whether this could happen before May 9, 2022, a date that many point to as the time when President Putin would like to announce… victory.

Equally, it seems useless to try a new attack against the city Kharkiv from the east and from the south of the homonymous oblast: what results could it give if even Mariupol, which in theory does not involve logistical problems and is 90% reduced to rubble, is not been taken yet? The former Ukrainian capital, we are sure, is too big a mouthful for Russia. All this is valid "rebus sic stantibus": if the forces of Kiev can counterattack in Donbass from the west or from anywhere in the oblast of Kherson and Zaporizia, Moscow will have no alternative to a new "reduction of activities" with the official aim of a “Tactical retreat”, so as not to risk suffering intolerable losses.

The conclusion of all this is that Moscow has found itself weak, even if it does not admit it and intends to try to win something, which maybe in the end it will only be the Donbass it already had on February 24th.

Sergey Karaganov himself, Putin's adviser, interviewed by Corriere della Sera, admitted that Russia, as it is now reduced, will be "More integrated and more dependent on China" and, even if he does not fear him, "A pawn of China".

And to think that in that only precedent of 1812 it was Russia that was the winner ...

Friday 8 July a few kilometers from the site of the massacre of almost two entire battalions about two months ago (...
18012
Read