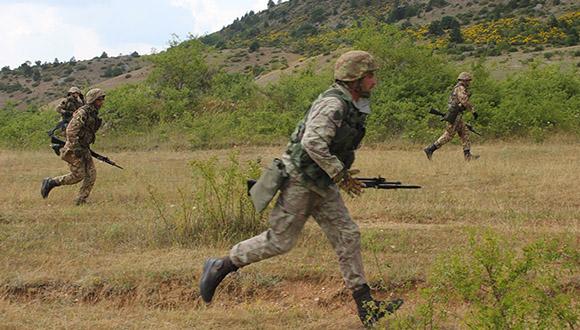 Yes, in our beloved armed forces this happens too. You take part in a competition, you win it, you are recruited, trained, often involved in difficult and dangerous missions, many have lost their lives and then after about 10 years of honorable service you risk losing everything. When I say "everything" I really mean everything. At the age of 30 years or maybe even more, you are no longer a "competition" for the armed forces and in civil life we ​​don't even talk about it. The precarious with the stars that served his state, is found only with his back turned to everything and everyone.

In concrete terms we give the example of a fixed volunteer fixed to 4 years, so-called VFP4 that after 8 / 9 years of honorable employment, since places for all the interested ones are not foreseen by the “competition announcement”, is faced with a wall with a very small door and alas, not everyone will be able to pass it in order to transit in permanent permanent service, that is to enter definitively in the personnel of the armed forces. The "selection" is made according to the titles held and the service provided. Even more gruesome is the fact that what has been said only happens in the Italian army, it would not happen in aviation and navy.

Aren't the armed forces all the same? The beautiful word "interforces", repeatedly mentioned in the White Book, Minister Pinotti's workhorse, I believe that in this issue it can never be taken as a reference.

Director I hope that what has been said can stir the conscience in the major states. Our young people must continue to serve their country, with the certainty that they will never fall into oblivion.

One of the main lessons learned from the war in Ukraine is the need to enhance vehicle protection ...
8753
Read

The war in Ukraine saw the consecration of the drone as a fundamental and indispensable weapon system of the field ...
25723
Read

The Russian attack on Ukraine closely resembles the Italian aggression on Greece in October 1940. Putin, ...
4145
Read

Good day. I read, always with pleasure, Online Defense. I take the liberty of offering a very small contribution, I hope ...
13252
Read

The war in Ukraine highlighted the serious shortcomings of the Italian Army in the field of armaments in ...
13285
Read