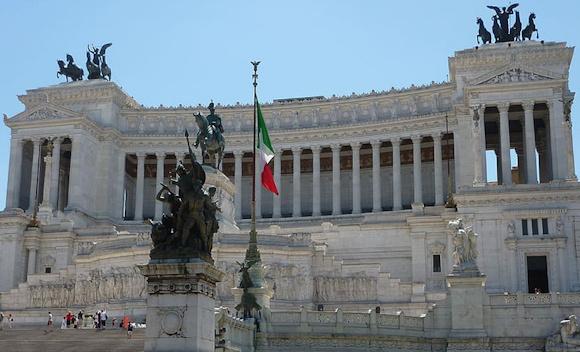 Probably the Covid 19 pandemic is releasing its dangerous effects in these days, even among those who have not contracted it. We pass from images of a people fleeing the Taliban trap, to emergency UN assemblies and to our foreign minister who, with a Carlo Conti tan, feast and celebrate together with colleagues from Montecitorio in some beach of the Southern Italy.

If that's all: then a person of common sense puts his heart in peace, abandoning himself to the usual considerations on the inefficiency of certain characters, and the usual question of how they could have ended up occupying a historically prestigious and articulated place like the foreign ministry .

But that is not all. Scrolling through the pages of the newspapers we realize that a very beautiful naturalistic corner of our peninsula has ended up hostage to a horde of subjects who love to spend days on drugs, listening to music at maximum decibels, letting themselves be carried away by a foolish tribal instinct that causes violence, deaths, rape, etc. In this freak enterprise, 20.000 gathered (according to national press reports), all with their campers, ramshackle cars, equipped tents or simple mats on which they ate their meals with toxic substances of various qualities.

The tenor of the news then began to mount like cream, with rumors about what was really happening in a heavenly corner of the Viterbo area; gatherings without rules, moreover in a very delicate moment in which the authorities are trying to enforce the infamous "Green Pass" rule. In fact, seeing such a show and then being denied entry to a restaurant because they are not vaccinated, makes your hair stand on end.

Here, each of us, you must make an effort to think that he cannot assimilate to that horde of mindless, whose only purpose in life is self-destruction. Products of today's society? Too easy and trivial to use the usual phrase to justify people's stupidity. But the best is yet to come.

Faced with what had been happening for five days ... I repeat "five days" ... someone wondered if that circus had been authorized, if the local authorities were aware of such a party, but above all what the ministry of internals to put such non-human species back into the pen. The phrase that most shocked, however, was when those who should have taken action peacefully declared: "The situation is out of control!".

But how, a sovereign state, with at its disposal as many as three police bodies responsible for maintaining public order, which allows itself to deploy the army in the streets for the "Safe Roads" operation, candidly admits that it is not able to to dislodge a gang of 20.000 drug-addled idiots?

The statement is very serious, especially if we think about the role of the interior ministry and that of the institutions which, witnessing a series of crimes committed in the open, limit themselves to raising their arms admitting their inability to react. Are we joking?

What was this (lowercase s is desired)? A court of ministers that does not disengage from its chair even to welcome the war flag of a regiment that took part in the war in Afghanistan, but which instead opens wide doors, gates and halls of buildings for the eleven of the European (with parades, demonstrations and gatherings thus giving rise to an "authorized contagion").

Unfortunately, the police now operate with the brake pulled "to the maximum", where they are no longer free to react even in the face of a declared threat, always with the risk of ending up in the dock alongside those who commit the crime. he really committed. Policemen, carabinieri and financiers who would need more targeted training (which teaches not to have the gun stolen), more modern equipment, but above all investments that allow an improvement in their operations at 360 °.

And what is the response of the Italian state? "The situation is out of control". In any case, if the reaction had been there, the headlines would have been: "Bad cops interrupt a party of young drug addicts" or "Police use fascist methods on daddy children while listening to music at an organized party".

This, gentlemen, is an unstoppable drift that has people who have a name and surname as responsible, but enjoy an impunity that we ourselves have given them: anesthetized by thousands of false problems, enchanted by a rolling ball and frightened by pseudo dictatorships sanitary.

May God, or whoever for him, help us!

The comparative examination of the weapon systems of our three armed forces reveals a serious imbalance. While the ...
3554
Read

One of the most urgent programs for the renewal of the equipment supplied to the Italian Army is that ...
24646
Read

As is known, NATO was born (pass the tongue twister) in 1949 as a mutual defense organization between Belgium, Canada, ...
3402
Read

One of the main lessons learned from the war in Ukraine is the need to enhance vehicle protection ...
14362
Read

The war in Ukraine saw the consecration of the drone as a fundamental and indispensable weapon system of the field ...
27051
Read

Perhaps guided by mysterious genetic messages I live the recurrences of May 24, June 2 and November 4 in ...
6332
Read

The Leonardo Company (formerly Finmeccanica) is presenting its ...
3460
Read