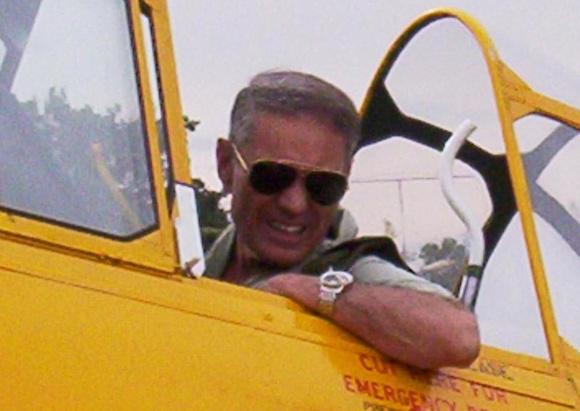 On Sunday 11 October a friend left us, com.te Aldo Locatelli. In just over a month he would have turned the considerable age of 88, a remarkable milestone, like his over 53000 flight hours, which become even more considerable by virtue of the fact that very few days of his life were without risky experiences and dangerous.

However, he had his own guardian angel, whom he called "Joe", who accompanied him throughout his life, since a cold morning in March 1945, when he saved his life and at the same time injected him with the "virus" of flight.

... the Second World War was still going on. I lived in a small town in the Bergamo area, Antegnate, and every day I went by bicycle to Romano Lombardo, along 5 km of state road, where I attended the 3media. I pedaled quickly, because at 8,30 I had to be in class. The sky was clear and clear of an almost unreal blue. Suddenly I felt a tug on my jacket, I turned and saw a little creature waving, warning me of an impending danger; "Away, away from here he said, let's throw ourselves under the edge!" Just in time. The road I used to take seemed to want to explode. I looked up and saw a silver meteor spewing fire on my poor bicycle. I was not afraid, but immense anger unleashed a hell inside of me. I stood up, held out my fist towards that silver meteor and shouted: "Wait for me, because in a few years I will be in your place and we will do the math!"

The great silver bird left. Of course, I didn't go to school that day and walked home. That big silver bird I would have seen again many years later and I would have also flown. It was called North American P51 Mustang. 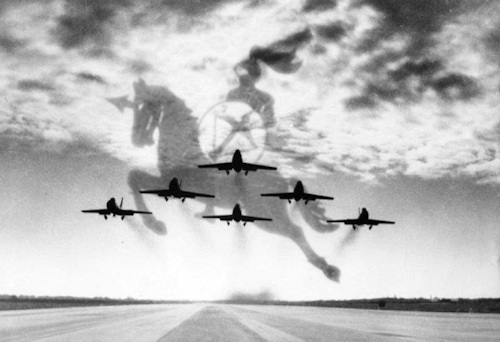 This is what he himself wrote in his book, "The Lords of Heaven", which he gave to people who for him were worthy of being esteemed. Some copies were also sold in some bookstores, but certainly not by him, nor by his will: he left certain things as a gift, and not to everyone.

The title of that book summarized the dedication to all those pilots who passed to fly into infinity, but who in life belonged to a sort of knightly order of ancient moral nobility. A breed that today, with the death of Aldo, we can consider extinct.

"White and pearly clouds. They dance in front of the muzzle of my purebred pony, in a phantasmagoric setting in which you can distinguish landscapes, figures, faces of people known and unknown, loved and hated. Figures and faces that escape, chase They change their appearance. Ghosts! Faces of friends, enemies, esteemed people who have disappeared from life sinking into oblivion and who now reappear fleetingly ", to use his words.

As a civilian he was the first Italian aerobatic instructor, founder of the Italian national aerobatics team with which he finished third in the 1980 Oskosh world championships. LearJet demonstrator and test driver (his favorite, among civil aircraft, for his affinity with the F86 -E) and an infinity of other airplanes of all types and sizes, experimenting with the magnificent (and unfortunate) F20 Pegaso by Stelio Frati. 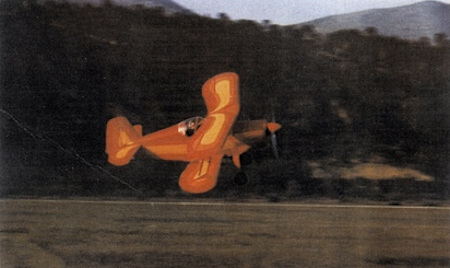 To name a couple, he passed the sound barrier with an F-86E and was delighted to have taken a hard turnaround for doing so, since the aircraft had not been designed or tested previously for supersonic flight. The certificate issued to him by the manufacturer was for him a medal of valor. As a civilian, however, he arrived with a LearJet 24 at the tiny airport of Cremona, made an airshow with an aerobatic biplane and left with the same LearJet with which he had arrived.

Precisely with a LearJet he climbed to 53000 ft, where the sky is already black and the earth's horizon curved, to solve a problem, and after that involuntary altitude test all the aircraft delivered to customers had an increase in altitude certification to 51000 , which at that time was the preserve of only the Concorde and a few fighter planes.

But I prefer to leave the story of his aviation exploits to others. Here I remember the man, for the great depth he had.

He wrote about himself "I am just an ordinary person, in love with the deep blue in which God dwells and with all that up there and down here one can do to feel" the Lord of heaven ", out of any human misery".

This was Aldo Locatelli.

A true Lord of other times, and that was his relationship with flying, with friendship, with the earthly world, capable of giving all his knowledge to those who, made themselves, showed passion, commitment, dedication and sacrifice, as well as to openly take sides against those who administered power with personal interests and ends. 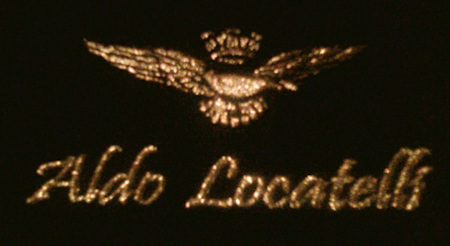 With him the great Flock of the Sky Lords is now complete and I hope that some other boy - future pilot - will benefit from this new guardian angel.

If so, he will certainly not be the guardian angel of "a father's son". He never liked them. And he certainly did not send him to say ...

One day I gave him a modest jacket from our association (ATPAN), and having his name embroidered I asked him if he wanted some customization.

He only asked me to have him embroider a turreted eagle, a military pilot's license, next to his name.

“Blue skies, Aldo”, thank you for crossing our routes!

Throughout history the value of the Italian soldier has been immeasurable (and still is today). Numerous are ...
1321
Read

Geopolitics is a transversal discipline that rests on the foundations of mother materials; are brush strokes that ...
3662
Read

I have been reading you with curiosity for some time. You deal with matters of which I believe few can really understand something at ...
5065
Read

We live unconsciously in a bubble, where time flows at different speeds than usual, where ideals ...
1266
Read

Randolfo Pacciardi was a patriot and one of the fathers of the Italian Republic. Born in 1899, Tuscan and of humble origins. Until ...
934
Read

The Igea operation is the intervention plan implemented by the Ministry of Defense to increase the capacity ...
2528
Read

Mr. President, my name is Andrea Gaspardo, I am a geopolitical analyst based in Italy and, together with the editorial staff ...
5147
Read

Dear Director, We have read the article entitled "We sell ships to Egypt ... but our Navy is sinking ...
5231
Read

Dear Director, I have enormous respect for Senator Liliana Segre. However, listening to the echo of his recent speech ...
1742
Read