Home Recommended Letters to the Director The historic seaplane base of Desenzano del Gard ...

Will the historic water tower of Desenzano del Garda be demolished and sold to private individuals? 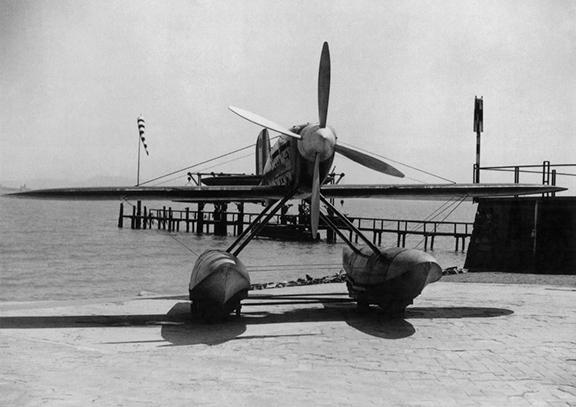 I would like to tell you a story that fills me with bitterness from many points of view.
In Desenzano del Garda there is a military seaplane base that has played a very important role in the past and has carved out a place for itself in the history of the Air Force and of Italy. It is in fact the military seaplane base where the High Speed ​​Department was based and from which Marshal Francesco Agello took off on 23 October 1933 to set the speed record for seaplanes (still unbeaten, ed) at over 709 km / h with the his seaplane MC72.

What will happen to the seaplane hall on Tuesday 18 October?

The municipality of Desenzano and the company Difesa Servizi spa, a company appointed by the Ministry of Defense to enhance the assets of the State, have agreed to EMBRACE the seaplane base by dividing it into three parts.

A part, the less valuable one as it flanks the highway and a corridor towards the lake, in green in the images, will be granted to the municipality of Desenzano as a park.

One part, including the present Villa Sparviere, will remain available to the Air Force for institutional purposes.

A last part, the historical one, with access to the lake (the slide for seaplanes), the jetty, the hangars, the barracks, the premises, the workshops, the service structures will be managed by Difesa Servizi after a CHANGE OF DESTINATION OF USE by part of the municipality that will make it a HOTEL TOURIST.

In other words, the volumes of the historic buildings that will be wiped out will be used to build TOURIST STRUCTURES / HOTELS on the lake.

The historic seaplane base will therefore be demolished, closed to the public and on it (which in all likelihood will be transferred to private parties with transfer to the defense) many RTAs (tourist hotel residences) will be built, and so on.

It is important to underline that the construction volumes will be even higher than those of the hangars and historic buildings now present, as some (many) volumes of the hotel structures for the current legislation are not counted for the purposes of the overall volume.

The citizens of Desenzano have for years expressed their disdain for this decision, which is harmful from two points of view. On the one hand, it cancels a glorious history that must be remembered, on the other hand they are forever deprived of the possibility of enjoying a good that is public today, although not accessible.

We citizens dream of a historic seaplane base, which can be an air museum, an experiential area, a meeting point, a tourist attraction. The seaplane base must remain in its entirety at the disposal of citizens and no change to the PGT must be allowed, no building speculation tolerated.

Thanks for your listening

Dear Bigi, dear friends of Viva Desenzano, I read the article in Difesa Online on the proposed demolition of the Desenzano seaplane base.
The destruction described follows another mess that would be good to remind the Desenzanese.

For decades we have come with seaplanes from Como, home of the only Italian seaplane base on Lake Garda, giving hundreds of people the joy of flying on this ancient, but also very modern means of transport. All this until the Consortium has invented a regulation for the ditching of seaplanes, in open contradiction with the national law.
A real abuse of power on a subject for which the Regions are incompetent, but which has also materialized in fines imposed on us pilots.
As a result, on Lake Garda we no longer come, which, considering the historicity of the place, corresponds to closing San Pietro or access to the Last Supper. 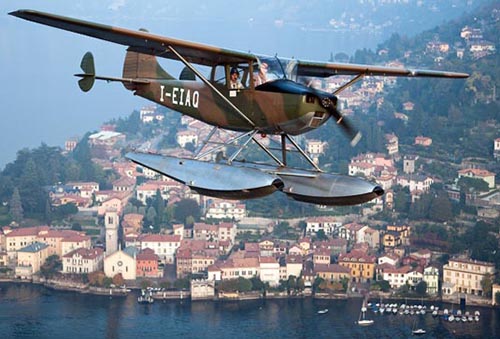 In Como, our business is blessed by all public administrations for the substantial induced by seaplanes and for the attraction they represent for all the media in the world. It can be said that the fortune enjoyed by Lake Como today, enormously increased in the last twenty years, is also not secondarily due to seaplanes.

Desenzano should become the site of an annual meeting of seaplanes and a center for the diffusion of aviation culture, with an emphasis on the historic Department. It should offer the possibility to seaplanes to operate at any time on a Permanent Water Surface established where the historic Idroscalo was located, with a partial use of the ground infrastructures agreed upon between the Military and the Municipality. Other than demolition. And if we are talking about tourism, push cultural tourism with a small museum to be built in one of the military buildings on the history of hydro flight and the businesses of the Department.

History, culture, unconventional ways of appreciating the landscape, innovative tools to move around the territories, fascinating activities to be carried out: this is what quality tourism must aim for today. And this is exactly what we have been offering to the Como community for almost a hundred years with our seaplanes, with results for all to see, at least on the Lario.

This is why it hurts to see the preciousness thrown away due to lack of knowledge, planning ability and vision of the future.
So I wish you sincerely for your action aimed at the preservation of the Idroscalo, and possibly to its valorization.

At the moment we are called in China as consultants to establish seaplane operations. Here it is banned and demolished ...
To be instead constructive, let it be known that we at the Aero Club Como are available with our experience, our machines and our drivers for every initiative that goes in the direction described. 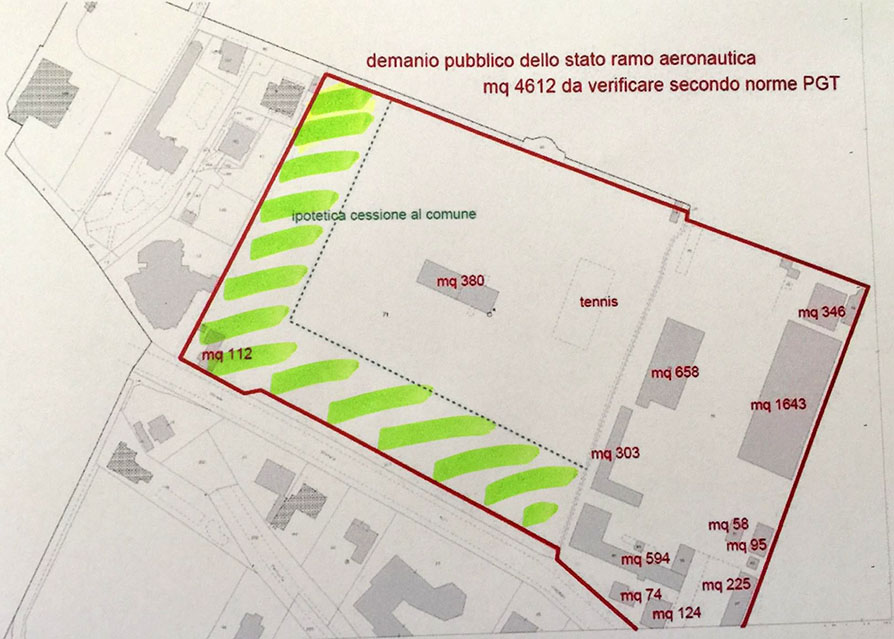 Legend:
The map of the current seaplane base is attached. The lake is located at the top of the map.
The seaplane base will thus be divided:
- green dotted part (road side and versoio lago corridor) leased to the municipality of Desenzano;
- Central part - Aeronautics;
- Historical part on the right, on which ALL the buildings of historical interest insist - sold to Difesa Servizi after the change of use that will transform it into a hotel / tourist with volumes equivalent or higher (in real terms) than those of the hangars and of the historic buildings that will be demolished. 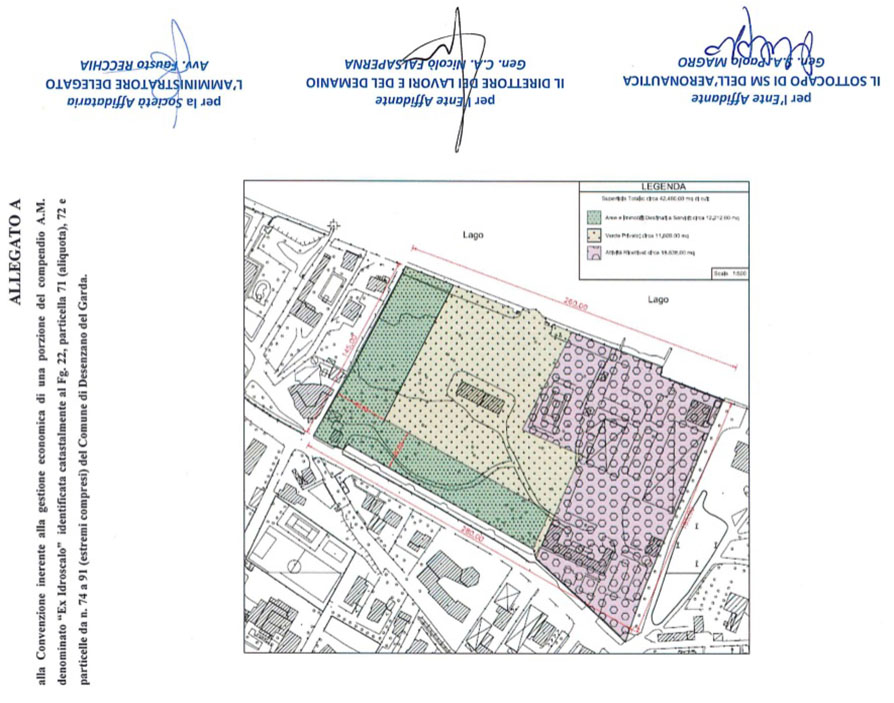 One of the main lessons learned from the war in Ukraine is the need to enhance vehicle protection ...
12887
Read

The war in Ukraine saw the consecration of the drone as a fundamental and indispensable weapon system of the field ...
25986
Read

Perhaps guided by mysterious genetic messages I live the recurrences of May 24, June 2 and November 4 in ...
5937
Read

Good day. I read, always with pleasure, Online Defense. I take the liberty of offering a very small contribution, I hope ...
13468
Read