The heroic individualism of Commander Todaro 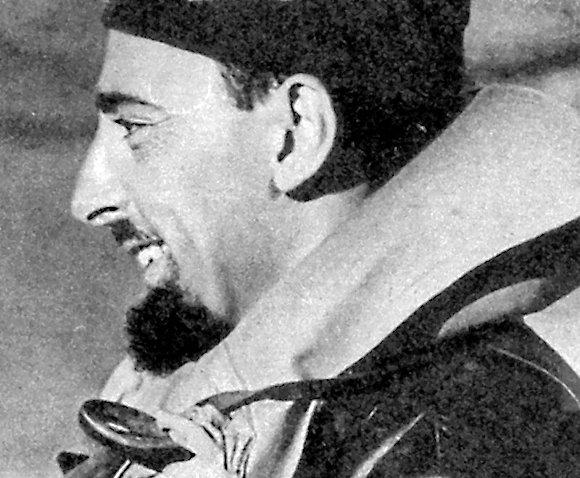 The Italian people are by their nature individualistic, it can hardly become a nation, we would say that until today, since the peninsula was artificially unified the 17 March of 1861, this has never happened, the reasons are varied, history, anthropology, geography, could be some of the fields to be fathomed to try to understand this situation, however this is not the place in which to proceed to such analysis, the premise remains only functional to the amazement aroused by the fact that a people imbued with such solipsism can count, in the course of history, hundreds of thousands of men capable of extraordinary acts steeped in ethics, pietas, ingenuity and other values ​​that are difficult to find in the rest of the world.

One of the many illustrious men whose memory must be kept alive and whose talk was perhaps too little was certainly the commander Salvatore Todaro.

Officer of the Royal Navy, in service during the Second World War, he distinguished himself for his reckless actions in the Atlantic first, in the Black Sea later and then in the Mediterranean.

Man of the sea, surely by birth, he was in fact from Messina, he demonstrated his attachment to the liquid element through the ability to successfully command submarines and trawlers armed always with a single objective, keeping faith with his oath, never forgetting to be a member to humanity understood as that set of individuals who willingly or not, in war or in peace are forced to live together on this earth.

Member of the Italian Armed Forces, allies of Germany, he led his ship against the Anglo-Americans in the Battle of the Atlantic, against the Russians in the naval blockade of the Black Sea and ended his life in the Mediterranean under the command of a trawler armed with the X flotilla MAS engaged in raids against Tunisian ports.

We could say that he was an enemy of his friends and a friend of his enemies whenever the sound sense of ethics and his spirit of a sea soldier led him to such extreme but inevitable choices.

His action was memorable, the 16 October of the 1940, after the sinking of the Belgian armed steamer Kabalo, ship inserted in the supply convoy to the English war effort OB.223.

After launching three torpedoes from his submarine "Cappelini", failing to sink the enemy ship, the commander Todaro decided to strike in emergence, the action, although extremely risky, was successful and the Kabalo at that point Todaro, despite disregarding the fact that the II Geneva Convention of the 1949 and the I Additional Protocol of the 1977 were not yet in force, gave the world a lesson in the law of war that would go down in history, in fact rescued the 26 shipwrecked enemies towing, through the use of a rope, the raft with the Belgian sailors on board, having the firm intention to lead them to a neutral port, broken the top that allowed the tow embarked on board of its submarine the unfortunate of the sea and led them to the Azores islands.

With this act he demonstrated what he had just said and that is to know how to be a friend of his enemies and an enemy of his friends, in this regard, dealing with the curiosity of the second on board of the Kabalo on the reason of that gesture of clemency he simply replied that he was a conscious seaman who would find in his interlocutor an individual capable of reciprocity in the name of maritime ethics, with equal sagacity before the censorship of Admiral Doenitz, commander of the submarine units of the 'Axis operating in the Atlantic, on the merit of the act of clemency and of the previous sinking of the enemy surface ship, through the use of the machine gun on board, defended his act marked by "quixoticism" limiting himself to say: "The fact is, admiral, that at that moment I felt the weight of many centuries of civilization on my back. A German officer, perhaps, would not have felt that weight".

It is clear that the Todaros can never be harnessed in the barren and now at the twilight phenomenon of nationalism, but perhaps the true strength of Italy and its only hope for the future must be placed in these individuals who fortunately the Peninsula is still able to give birth.

I have been reading you with curiosity for some time. You deal with matters of which I believe few can really understand something at ...
4284
Read