Home Recommended Letters to the Director Letter on article "100 of qu ... 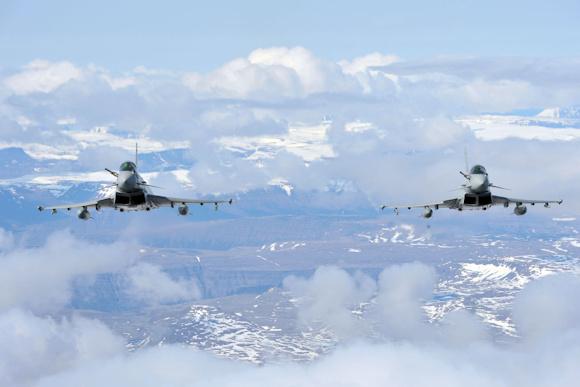 Dear Director, not the usual, indeed I rarely take "paper and pen", to write down a couple of feelings that come out of me, or rather regurgitate, in reading the excellent article of your correspondent (more).

The very good Mr. Troncone, at one point cites the case of a guy who asks and obtains information about the event from a non-commissioned officer on duty (I have no doubts about the kindness and grace with which he engages in this task), explaining to who was dedicated this commemoration: that is, to the 100 years of the hunting departments that have guaranteed and guarantee the air defense of our territory.

It is to the answer of the guy that my blood pressure rises, when he says that "he didn't feel defended at all".

You see, beyond the respect that I have always held for the ideas of others, although they still need a good education, I thought of my father in a flash.

Yes, my father Ugo, I see him there, old and tired, in his country house, still mentally in place, firm in his ideas ... and in his ancient thoughts.

Sa Director, when I talk to him about the Direction, his eyes come shining; even now. It is a pain for me to be able to get something out of him, some remnants of those black and white frames for us, but so vivid for him, mixed with horror for a very young boy, torn from school and projected in a war theater . He has lost virtually all of his comrades, and God knows how they become more than brothers in warfare. One after the other, fallen like leaves from the trees, torn by a violent wind and without any mercy.

He was a Pilot Officer of the Royal Air Force, and fought with people of the caliber of Adriano Visconti. Few things. How much would this nation of people of this caliber need to still feel that, how much. And yet, having found themselves on the wrong side at the wrong time, fate wanted them to be forgotten.

My father was not a fascist, and he still is not. He was a man of firm principles, however, and his oath sealed him with blood. He had to join after 8 September 43 because they arrested his father (my grandfather).

Only recently did I learn that they were firmly opposed to the replacement of their insignia with the desired ones of the fasces. They replied: We fight, but we have only one oath.

Whether they were right or wrong, they were twenty, and they died, almost all died in the worst ways. Winged knights who did not return to their mothers.

It is unbelievable, but in Brescia Ghedi and Treviso, if I'm not mistaken, the flock was composed of 256 pilots and they remained in a handful: "in the morning, having breakfast, we looked into each other's eyes, and we thought - you will be the next or will i be "

My father is like a closed casket, and I have always respected him, even though he ardently wanted like all children, to know more.

But forgive me, but I feel I want to answer this unknown "guy" too: I, the son of an old Air Force Pilot, feel defended by these people.

Now in color, as well as yesterday in black and white, I know that they are doing their simple and pure duty, and today like yesterday they defend a flag, a concept, an ideal of the people, even if, unfortunately, even the institutions themselves do so. losing in their depths. My father, after a flight following the stars and the Italian coast, made “a leap” to Africa on a twin-engine, non-stop, round trip in the dark. But Piacenza could not give light to the runway except for 3 seconds, because Milan was under Allied bombing. The year missed for a few meters, and they rolled over in an irrigation canal. The pointer died and my father was injured.

However, he returned to fight. What am I asking myself for? For mothers at home? For friends? For the borders of an Italy that today seems to vanish in an evanescent mirage?

This country is full of "guys" who, I am sure, would still look at my father saying "I don't feel defended at all".

The silence of my father, as of every Pilot of the Air Force, buries your misunderstanding more than any other philosophy.

And I am proud of this silence and what it contains.

"In matters of the army and the like we are notoriously poor and, when they call us to participate in missions to ...
3131
Read