Home Recommended Letters to the Director Online Defense Letter: "... when the par ...

Online Defense Letter: "... when the party is in difficulty, reward it with anti-fascism" 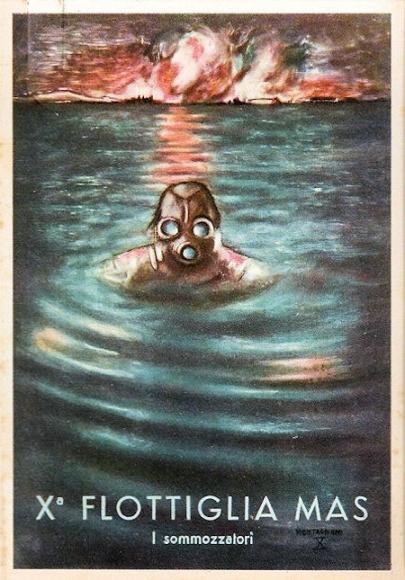 Dear Director, I am writing the following to highlight what recently happened in my city (La Spezia) and which highlights a certain climate of intolerance, combined with a guilty ignorance and often bad faith, which is gradually growing in the country in the attempt, in my I advise to apply the Togliatti principle: "... when the party is in trouble, reunite it with anti-fascism". But this time (allow me the word not very fine) it was made "out of the jar". And now I explain why:

Before the summer, the former mayor of La Spezia Dr Pagano (RC) intervened on the Naval Museum with an aggressive press article, where the Museum was accused of selling fascist and propaganda gadgets, having agreed that the gadget corner managed in agreement with inside the museum, exhibited mugs with printed the classic pig and the scarlet X of the Decima Mas, as well as similar magnets for the refrigerator and black T-shirts with tricolor and tithe shield.
This attack in defense of resistance and democracy threatened according to the former mayor by the cups and magnets was informally "contained" by personal interventions put in place by authoritative representatives of the dissenting left, but without any official stance of the MM .
However on the 28.11th of November another press attack against the Naval Museum was released, conducted by a certain Massimo Lombardi (more) which once again highlighted a profound ignorance both historical and naval, if you do not want to think instead of personal exploitation for easy publicity. In the text of the newspaper article one could well understand the basic misunderstanding, namely that:

- The X mas was not an invention of the Republic of Salò but was established at the beginning of 2 ^ GM and draws its origins in the 1 ^ GM with the actions of Pola and the Caimani del Piave.

- The most brilliant and glorious deeds that the same enemies of the time recognized us as "great and epic" were performed before 8 September.

- External symbols, uniforms, traditions, were maintained in both sides, even if the ideological motivations were different, which also differed further from the original ones existing at the constitution of the Department in 40, inspired by the King and the Flag.

- So confusing the tithe of Malta, Alessandria, Suda, Gibraltar with Valerio Borghese's X is the result of a serious historical error, as well as believing that a championship and a symbol, because it is adopted by RSI teams, loses its symbolic value and meaning previously acquired is the result of cultural and cognitive limitations.

- If we were to abolish all that was legitimately adopted by those who lost the war then in Germany they should abolish Wagner, in Russia they should not exhume and honor the last Tsar Nicholas II, in the museum of the war in Vienna there should not be portraits of Hitler.

- Instead there are because the story beautiful or ugly, shared or not, is still the heritage of a people and a people who can not look serenely to their history, sometimes to admire it, sometimes to criticize it, it is not a people worthy of this first name.

- And do not say that the gadgets sold make the difference. In Russia, I saw in the museums magnets with the effigies of the Tsar's Family alongside those with Stalin "Father of the People" and those of Lenin "workers of the worlds united". These are commercial gadgets depicting objects displayed in museums, nothing more.

The Navy in this whole affair has remained silent and inert, incomprehensibly, letting the opinion of a few spread without contrast in the city and feeding the error of considering the Navy and its Museum a nostalgic political propaganda center. Lying, arrogance and arrogance always advance where there is fear, indecision, the wavering spirit. In other times this would not have happened. I always remember the communiqué of the CSM of the time Adm. Spigai who suspended a TV series because it was “detrimental to the honor of the Navy”. It was the 60s. Today the honor of the Navy has somehow been attacked again, so I hope the Navy will clarify and react. One cannot always keep a low profile in order to be quiet.

Today the interview that the former Defense Minister Mauro gave to the XNUMXth Century on the matter appeared on the internet. Clear and effective but always third party defense. We look forward to that of the injured party.

Thank you for your attention and the space you will dedicate to this affair, in the hope that an episode will remain isolated.

Dear Stefano, I thank you personally (but also on behalf of many readers) for this letter. Certain anti-historical behaviors are the result of a "culture" that could be considered on the verge of betrayal.

A difference will be seen the day (hopefully not too far) in which politics will change radically. If you behave the same way they will still have won. If you respect the truth, whatever it is, there will be hope.

I have been reading you with curiosity for some time. You deal with matters of which I believe few can really understand something at ...
4284
Read