Home Recommended Letters to the Director Online Defense Letter from the USA: "L ...

Letter to Online Defense from the USA: "China has proven to be a risk to the rest of the world" 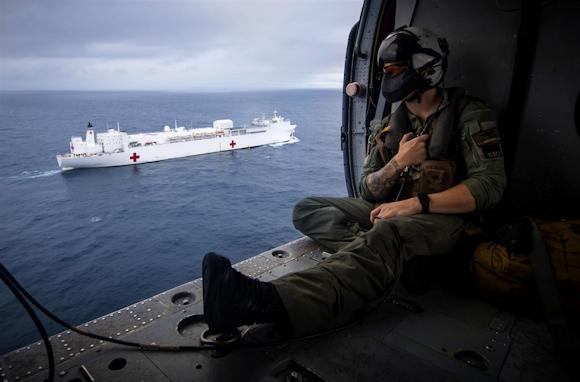 Dear Online Defense readers, I am an Italian who has lived and worked in the United States for decades. I would like to share with you the experience of the epidemic that is spreading and my "American" concerns.

In the previous weeks the national media (U.S., ed) they did not cover the alarming news from China, South Korea, Japan and Italy as they should have. They continued to do services only on politics in anticipation of the "next Presidential Elections". This has caused a serious level of ignorance on the Coronavirus problem and the population has not exercised the right pressure on the government for safeguard plans or at least storage and logistics measures as happens when hurricanes loom off the west coast of Africa. the USA.

It is absurd not to have a strategic stock as is done with oil stocks where to keep entire warehouses full of non-expiring goods such as masks, latex gloves, aprons for nurses and / or blankets, but to rely only on the private sector to meet this need, having over the years transferred production to China. Amazon is the world leader in logistics but if it does not have the material to move it is like having the largest and most precise rifle in the world but your enemy is the only one who produces ammunition.

The president has been under constant pressure for every move and when in January he placed the embargo on flights to and from China he was accused of "racism". Trump's administration, already under siege by the media and "Democratic" with impeachment, has therefore been slow in making it clear how serious the problem is, putting the population at serious risk. 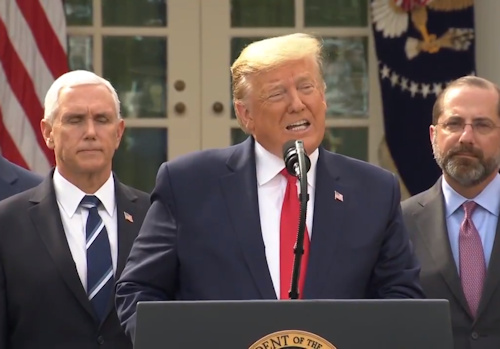 The situation remains very fluid with news arriving every hour. There are no masks and the swabs for the checks are still few, even if the production capacity accelerates.

The most important message is "Social Distancing", or the rule of staying away from each other, however, in this country where the freedom of the individual is above all, responsibility for others has not yet matured: yes they see the Florida beaches populated by young people in "Spring Break", the spring break that in the USA involves the whole country and with families with children who attend from elementary to high school and university students who pour into the states with seaside resorts creating real hives that then returning from holidays will bring contagions with them to areas otherwise at lower risk.

It is not excusable the fact that a nation like the United States has not or has not activated a protocol for an eventuality like this. After the declaration of the state of emergency we still see the President and the Vice together, shoulder to shoulder, during press conferences whose only subject is avoid contagion. Important members of the Anti Pandemic Commission spoke at a distance of a few centimeters at the same microphone and then exchanged handshakes ...

In the USA unlike what is believed in Europe, Emergency Room Healthcare is a RIGHT and cannot be refused to anyone, not even illegal immigrants (undocumented immigrants) who, due to the politics of the Left, together with the homeless have reached numbers in excess of 14.000.000 for the "emigrants" and 550.000 for the "Homeless". We therefore have a population of over 14.5 million people who live in the shadows but who weigh 100% on social systems. Only this in normal conditions is a problem that causes dissent and division among the American population, with Pandemic a similar part of the population living in hiding, does not trust institutions and is not informed, the infection will exceed the expected time and, given their already poor state of health will represent the majority of the most serious cases, helping to bring the system to collapse. 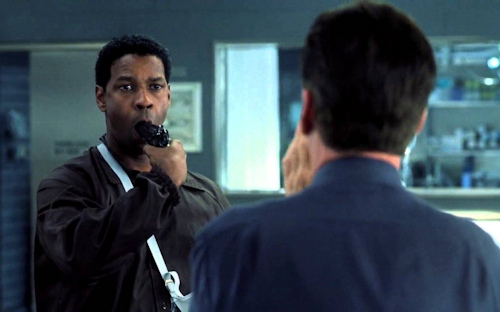 This is also a nation which, with a constitution founded on the rights of the citizen and its "Second Amendment", has an "armed" population. Episodes may arise in which, with the health system collapsing, citizens will use their weapons towards medical personnel if, due to overcrowding, they are forced to refuse the admission of their loved ones in the treatment centers.

The post-virus will be interesting: the pandemic has shown the weakness and fragility of a globalization system focused on profits by companies - multinationals and nationals - which has allowed a country like China to become the only country where everything is produced in world scale, just think that 96% of the world production of Active Ingredients for Antibiotics is produced in China, not to mention the rest ... such as masks, IT (Intensive Care) machinery parts for all types of industry and so on.

There will be a major revival / repatriation of production plants in the countries affected by the pandemic; in so doing, China will lose the role of world economic power and face a huge social and economic crisis. In the past 20/25 years China has seen a growth of its national product like never before in history. The Chinese population, once spread over the territory and easily controllable, has concentrated in new mega cities, if from tomorrow it would find itself out of work or with excessive inflation, China would have difficulty maintaining control, as we could see with the demonstrations at Hong Kong.

China is facing another major international problem: The virus was discovered in an authoritarian country that has censored it for months, has not declared an emergency or asked for help, has proven to be a risk to the rest of the world.

In summary, I think this pandemic will be a great and hopefully inexpensive (Human lives) lesson. The income statement will be high and the cost for individual citizens of any immense nation.

Having lived in the USA during natural disasters for hurricanes like Katrina and Ike, I can assure you that the strongest thing in this country is the Community: in times of need we are all for one and one for all, there are no racial, religious, political barriers or other. How in war we fight for the companion on our side!

Italy is giving us a great example of humanity and strength, I hope your effort will help to illuminate our path in this dark path where we are walking.

Dear Director, we have read the article entitled "We sell ships to Egypt ... but our Navy is sinking ...
4489
Read

On Sunday 11 October a friend left us, com.te Aldo Locatelli. In just over a month he would have completed his ...
1444
Read

Dear Director, I have enormous respect for Senator Liliana Segre. However, listening to the echo of his recent speech ...
1514
Read

The glories of the centenary of the end of the Great War are over, speeches and ceremonies are no longer the order of ...
986
Read

An indisputable assumption is that the publication of news is subject to more or less evident manipulations; it's a fact ...
2846
Read

In recent weeks, due to a sudden flare-up of tensions on the borders between the Republic of Armenia and ...
999
Read

Immediately after the report on Basibazza's foiba broadcast by the RAI news on 15 July, as soon as the images faded ...
4267
Read

Good morning Italy ... First of all I ask you to excuse this situation ... Like many of you I appreciate well-being ...
3151
Read