Home Recommended Letters to the Director Online Defense Letter: "How to make ...

Letter to Online Defense: "How to ensure that our Armed Forces can be said to be closed to the Nazi-Fascists?" 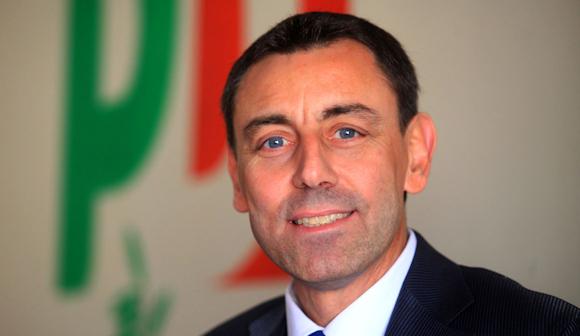 Dear Director, on the theme of the ostentation of that flag in a Carabinieri barracks, the "historical" explanation carried out by Francesco Bergamo (v.editoriale) December 3 seems to me to be surreal, minimizing and out of place, both in times and in the alleged lawfulness of the fact because it would be a historical relic and not a symbol of Nazism.

I say this, and convince me, for several reasons.

The tone, first of all, clarifies the rationale of the intervention simply aimed at inserting extraneous elements into the debate. Read, verbatim: "Launch a media war over an old German flag?" Or that "In Italy, however, certain aesthetic tastes are not allowed", or that "Defense Minister Roberta Pinotti wasted no time ...", testify beyond doubt that the intent was clearly justifying an event that, on the contrary , should be analyzed with other criteria.

I try to do them.

First of all, what was the will of the Carabiniere interested. We expect investigations to be carried out in order to clarify its position, its political orientations, other possible acts and deeds put in place in the past, but it is unacceptable that someone justifies it a priori. Making it pass as a lover of the history of the Reich is laughable and uselessly viable.

That flag - with the lowercase b - and that poster, together say something else because it is clear to all that the approach desired by the Carabiniere is not accidental, has nothing historical, rather it is illuminating on the message he intended to express. On the other hand, the current debate on Salvini that "favors" the extreme Italian right is widespread, especially among those who are sensitive on that issue, not much to the League to tell the truth, very much among the "interested".

On these two facts not a line of evaluation in the articulation analysis.

As well as nothing is written about the external impact. I ask myself and ask a question: but do we really have to believe that at the sight of those symbols someone thinks it is an historical symbol? We are at science fiction. On the contrary, it is certain that anyone perceives it as an expression of values ​​advocated by Nazism.

I omit the theme if the carabiniere could or could not do it because in a barracks there are also some constraints that apply to a pennant of a football team. I take, however, the need to affirm, and forcefully, that in a military place, which is of all Italians, including the resisters, no one can expose symbols that mimic Nazism and fascism!

That Carabiniere violated the oath to the Republic and is not third in front of the tasks he should perform because he sees the protection of the security of the community with divisive eyes, sees fences within the same population that should defend, however.

In the face of all this, the questions are not the ones that the columnist asked mistakenly (?), It is not an aesthetic fact that we are evaluating, no one has wasted time in dealing with them or unleashing a media war. The only question is: how can we eradicate the evil that also lurks in the institutions? How to fight certain elements that carry the virus of disintegration and division. How to ensure that our Armed Forces, due to the delicate task they perform, can be called "closed to the Nazi-fascists" and resistant to similar events in which themes and words prevail against the hard-won democratic freedom, precisely against the political ancestors of that Carabiniere?

Thank you for your hospitality.

Member of the Defense Commission - Chamber of Deputies

Dear Honorable, what I find surreal is that an editorial by the deputy editor of this paper - which to define a "calm" article is even excessive - may have troubled her. Francesco Bergamo has soberly observed the media campaign in progress, he analyzed the terms and expressed, arguing, some considerations.

In your opinion, the carabiniere is "a lover of the history of the Reich is laughable and uselessly passable ". In light of what was reported yesterday by Repubblica.it (newspaper deployed anything but right): The military, 23 years, originally from Rome, claims not to be a neo-Nazi and to be a fan of history, especially the period during which the banner, purchased on the internet, was used. "I enrolled in the History Faculty of La Sapienza University in Rome and I want to graduate"In these terms I find that the reading given before time from Bergamo was precise and as someone would have said in the past" spot on! ".

I fully agree with you when you say "We expect investigations to be carried out to clarify its position, its political guidelines, other possible acts and deeds taken in the past", but not when he says"it is unacceptable that someone justifies it a priori"This is not to defend a friend and esteemed colleague, but because it is prescribed by the Italian Constitution unacceptable that someone "condemned" a priori, let alone if hastily. 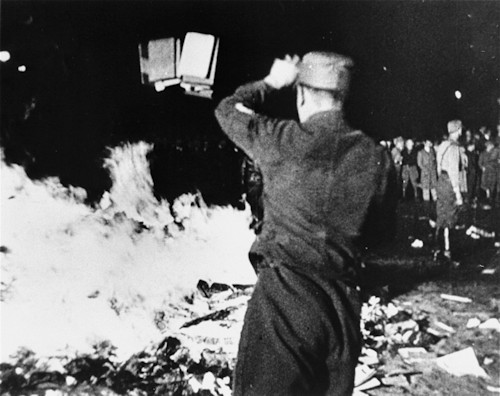 In these terms he would have done better to write to the Minister of Defense: read (v.articolo) that "the Minister of Defense Roberta Pinotti asked the general commander of the Army, General Tullio Del Sette, quick clarifications and strict measures towards those responsible for such a shameful gesture "really hurts, as a citizen and a free man.

And perhaps it is precisely of freedom that we should reason. In a "free" country there should not be any symbols or ideas previously put in the index: conduct can be forbidden, not thought. I am afraid there is a small Nazi in anyone trying to censor or prohibit something he does not understand. And as a child of a tradition that has made integration and political and religious respect the distinctive trait between civilization (Roman) and barbarism (Teutonic) profoundly disappointes me who - as an Italian - does not understand it.

I conclude with a maxim that no one will be able to censor, being of the communist Mao: "It doesn't matter if a cat is black or white, the important thing is that it catches mice!". I dedicate it to General Del Sette, the commander of a boy who has decided to serve this country with the same uniform. Do not be influenced by the perverse logic of politics, continue to teach your men to catch mice! And maybe not just the green ones ...

I have been reading you with curiosity for some time. You deal with matters of which I believe few can really understand something at ...
4220
Read

Dear Director, I have enormous respect for Senator Liliana Segre. However, listening to the echo of his recent speech ...
1661
Read