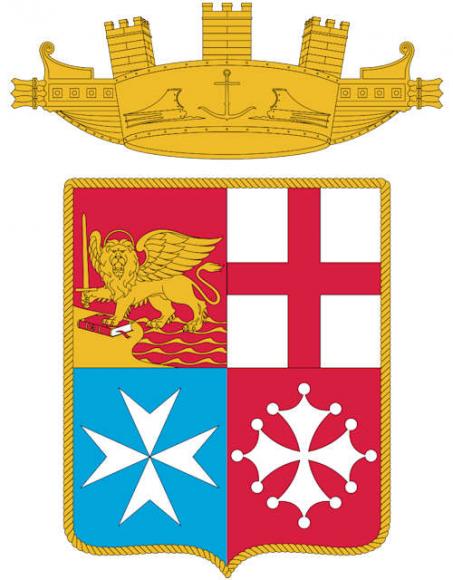 Dear director, we have read the article entitled "We sell ships to Egypt ... but our Navy is sinking" by Tiziano Ciocchetti and published last October 16 on your website with great amazement and surprise.

We have known for some time the way of representing the world of Defense of your authoritative newspaper, always characterized by precision, impartiality, objectivity and accuracy, as well as free from sterile polemics. In this case we were surprised by the different way of representing a fact, using words and images in a different way from the past. We do not discuss the opinions and evaluations of the individual on the well-known story of the passage of two units of the FREMM class. What struck us instead was the use of images (a sinking ship) and the words, from the title of the article already cited above, to the closing sentence of the text: "In practice, the Navy, with the units currently supplied, is unable to carry out its institutional task ".

From this lapidary, unequivocal, unappealable sentence arise the doubts on the evaluations of the author who is perhaps not completely aware of the institutional tasks of the Armed Force and of the current activities in progress. The Navy, moreover the smallest of the 4 Armed Forces, in recent times and in line with the directives of the military political summit, is active in many theaters of strategic interest, from the Mediterranean Sea to the Middle East, from the Ocean Indian to the Gulf of Guinea and up to the Arctic Sea. The main operations include “Mare Sicurezza”, “Irini”, “Vigilanza Pesca” and “Atalanta” and surveillance activities to protect national interests in the Gulf of Guinea; affecting vast areas in the seas of the world, with a deep maritime connotation but full of outbreaks of crisis and emerging threats. In addition to military tasks, the increased number of initiatives in favor of other departments, institutions and the civilian population must not be overlooked. For example, the support for the Civil Protection as in the case of the Covid-19 emergency, the "Cedri Emergency" operation in Beirut or the search and recovery of the so-called "eco-bales" from the bottom of the Gulf of Follonica, the latter from just entered its third phase with a new specialized Navy Task Force. Not to mention the activities to support the safety of navigation carried out by the Hydrographic Institute of the Navy and the hydro-oceanographic units, the maintenance of the entire complex of marine lighthouses and signaling and the reclamation of devices found in the seas and lakes Italians. In practice, even despite the serious emergency due to the pandemic, we have never stopped and it is therefore very difficult to understand from which elements what is underlined, even peremptorily, by the author of the article derives.

We believe it is necessary to write them also out of respect for the approximately 28.000 men and women in uniform who commit themselves every day with will, determination and many sacrifices, often far from home and loved ones, for the safety and well-being of our great nation.

Dear and esteemed commander, I am delighted that "do not discuss the opinions and evaluations of the individual on the well-known story of the passage of two units of the FREMM class", because it is precisely from the gravity of this sale, as well as from much more that will follow, that our concerns arise.

Seven years ago the Navy shouted an alarm in which it was not a question of "efficiency", but of "extinction"of the armed force. The partial (2/3 of what is required)" naval law "has given way to the introduction of new units that will be delivered - we trust without lengthening of time (and hull ...) - from next year.

The sale of two units such as the FREMMs (already equipped and with trained crews), even without thinking of the infamy of the failure to consult the Navy, raises two serious questions: o Does anyone want to restore in the short term the precarious conditions in which he directed the armed force a few years ago, or what was feared before the state funding in 2014 to "save" it was false. Having followed the story well at the time, we certainly exclude the second hypothesis.

Underestimate the tasks of the Navy's activities? The opposite! We have never questioned the ability of our men to do their duty, unfortunately it is a very long tradition to succeed without means (adequate and "discharges").

Finally, there is the superstitious aspect of the image used for the article (assuming that someone scratched the first and not the second, on the left ...). I hope, if we want to talk about black cats, that the (Egyptian) Navy is not superstitious: few actions bring bad luck like changing the name of a ship. And in our case the names with which the FREMMs had been baptized were those of two heroes of the Alexandria enterprise ... of Egypt.

"In matters of the army and the like we are notoriously poor and, when they call us to participate in missions to ...
3128
Read

This in the photos is Genova Cavalleria. After a bit of laughter, some offense and why not, the inability and bad faith to ...
31553
Read