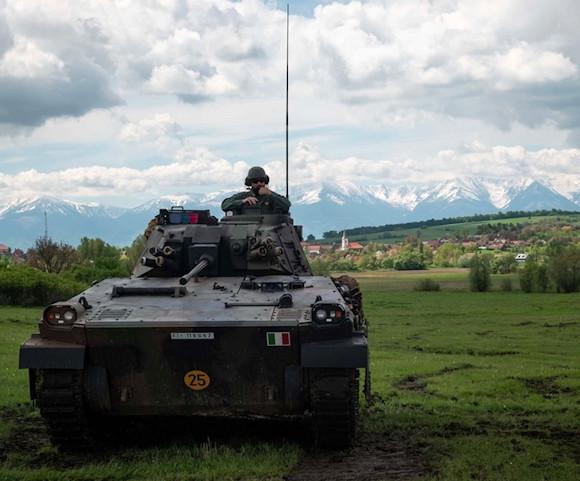 The war in Ukraine highlighted the serious shortcomings of the Italian Army in the field of armaments supplied. It starts with the biggest gap in the remotely controlled unmanned aircraft industry. The Italian Army has only one regiment authorized to use reconnaissance and target acquisition drones, when each maneuvering regiment (in particular infantry and cavalry) should have them on its own. Indeed, in the ongoing conflict it emerged that all the lower levels of the basic weapon should have this component to avoid surprises and ambushes by the enemy, recognizing the movements of the opposing forces in their sector of action, night and day.

The same is true of the loitering ammunition (LM), or killer drones, the latest war discovery that revolutionized the tactics of land combat and found in the Bayraktar turkish supplied to the Ukrainians one of the protagonists of the conflict. Compared to normal drones, LMs are able not only to recognize and identify targets from above but also to hit them with warheads of various sizes based on their importance and type. LM of all types and sizes have existed on the market for years now, which can be used from the single infantryman against point targets placed a few km away up to multi-tube launchers mounted on trucks capable of projecting dozens of ammunition against targets such as tanks in movement within the distant rear of the enemy. Before the conflict, a program for the acquisition of LMs intended only for special forces had been launched, when instead a much wider distribution should be hoped for, in order to equip at least one battery for each artillery regiment.

Another serious shortage is that of weapons and electronic warfare systems intended precisely to combat the various types of drones and more generally of low-flying aircraft (airplanes and helicopters).. The counter-area of ​​the army, in fact, has no weapons for point and mobile defense of maneuvering and logistic departments deployed on the battlefield. The only effective system supplied is the SAMP / T, an excellent weapon but usable only against objectives of generous dimensions flying at medium-high altitudes, while the Skyguard-Aspide e Stinger, already intended for low-altitude coverage, are at the end of their operational life.

In the field of tracked combat vehicles for tankers and Bersaglieri specialties, the situation has been critical and has been known for at least a decade. The few tanks Ram and troop transport combat vehicles Dart (photo) still in efficiency complain the shortage of spare parts and war performance no longer up to par. Conceived in the eighties and nineties of the last century, during their operational life they have never been modernized, except for the acquisition of some additional armor kits intended for the solo Ram, thus diminishing their operational capacity.

The artillery is in better condition thanks to the MLRS area saturation rocket launcher regiment and the three PZH-2000 self-propelled regiments, both highly operational and state-of-the-art weapon systems. The situation of the remaining regiments equipped with 70/155 FH39 guns and 120 mm rifled towed mortars, dated weapons, dating back to the seventies, but still able to provide an acceptable yield, is also discreet. If the sources of fire are on the whole up to par, the problem is the ammunition, as most of the supplies should consist of L15A2 grenades purchased in the 70s together with the FHXNUMX and now at the end of its technical life.

The leaders of the Army have started programs aimed at filling, at least in part, the gaps mentioned above, in particular with the modernization of theRam and the acquisition of the CAMM-ER anti-aircraft missile, but at the moment the situation is worrying and cannot be resolved quickly.

The war in Ukraine saw the consecration of the drone as a fundamental and indispensable weapon system of the field ...
25439
Read 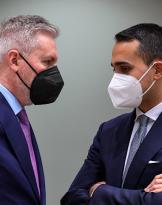