Home Recommended Letters to the Director General New Peach Chief of NATO, B ...

General Peach new head of NATO, General Graziano rejected. Abroad it doesn't work like it does in Italy 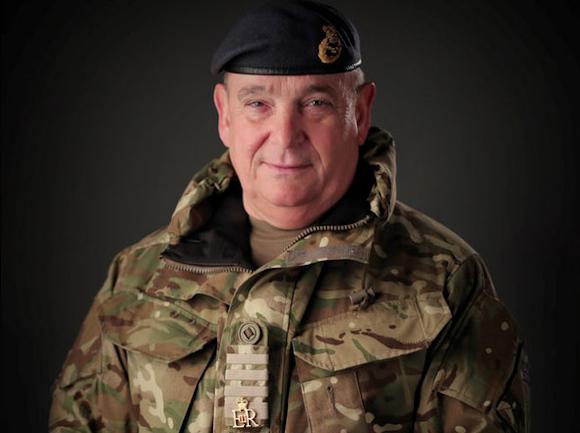 The Chief of General Staff of Italian Defense, General Claudio Graziano, this time has failed in his intent, namely to be elected President of the NATO Military Committee, the head of the body that brings together the heads of state of the armed forces of the 29 Allied countries.

At a meeting held in Tirana, Albania, the Committee voted by a majority for the British Chief of Staff, the General of Military Air Force Stuart Peach (photo), strongly supported by the Americans. So this time it was finally touched on the Air Force. Abroad, to NATO, they respected the rules and probably the merit. They have evaluated both the weight in international politics of the various countries and the indications of Americans who have always been in favor of the English candidate. We have wrong strategy.

In all the hot issues in the world, it has been really difficult, in recent years, to know the opinion of the defense chief. It was probably thought that the silence of the senior staff would help achieve the prestigious NATO assignment. It is a pity that the opinion of the military, on international issues, is greatly appreciated by the Anglo-Saxon world. In Italy, however, this part is left to politics, to the government. A communication strategy that works only in Italy to "get" but which limits visibility and especially reputation beyond national boundaries. The general who commands the armed forces, must play an active role and go beyond the technical-operational issues, must express a "thought", also in the light of the information and the meticulous analyzes possessed. In line with the line established by the parliament and the head of the dicastery, it has the duty to express the military point of view on international issues. It must go beyond the purely political and utilitarian assessments because it has the weight and responsibility of men and women who risk life.

Earlier, two other Italian heads of state led the Nato Committee, both admirals of the Navy: Admiral Guido Venturoni and after him Admiral Giampaolo Di Paola.

General Claudio Graziano, in Italy, succeeded in the impossible. He was appointed chief of the army's army by covering more than 10's senior army corps. He became chief of defense, though according to a custom rotation he would have touched the chief of the aeronautics.

Admiral De Giorgi and then General Preziosa, chief of the navy and aeronautics chief, respectively, had to leave their armed forces on the day they ceased their active service by age. They were Prime Minister Renzi's precise indications: "No extensions to anyone, without and without it."

But there are sons and stepchildren

If for Del Sette the decision to appoint his successor or to confirm him in his place was really urgent (the Weapon could not remain even one day without Commander General) for the other two Defense and Army summits there was even more than a month to decide. But the ongoing uncertainties of the moment have probably pushed Minister of Defense Roberta Pinotti to accelerate the times, rather to anticipate them. All this in contradiction with the address "Renzy quoted", who did not see the prolongations in public affairs much to the point of preferring the renewal. All the same as before, the classic "decree of the Millennium," a highly criticized institute in previous governments, has been torn apart. Perhaps because De Giorgi and Precious were the only ones who felt themselves at the tables they counted and were highly appreciated abroad? They were not "Yes Man". They were not good: they were a hook in the side because they were telling the truth.

Let's go back to General Graziano

Leaving that to NATO, General Graziano could aspire to that EU just like General Rolando Mosca Moschini, who is now in the Quirinale as a councilor for the affairs of the Supreme Defense Council, chaired by the head of state.

Moschini Moschini, who in March will be 78 years old, could with a little imagination leave the Quirinale office in Graziano, who if he could hold an international assignment in Brussels, would return to Rome in 2021 and therefore surely because Italy, would take charge of the "highlanders", the last immortals that are in office until the venerable age of 80 years.

I have been reading you with curiosity for some time. You deal with matters of which I believe few can really understand something at ...
4238
Read

We live unconsciously in a bubble, where time flows at different speeds than usual, where ideals ...
1161
Read