Defense, Scanu: "Pinotti guarantees the commitments made on civilian teachers of military schools" 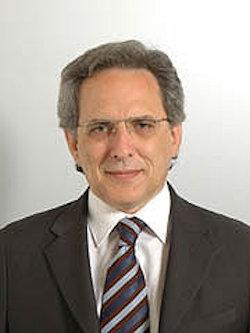 "The Minister of Defense asserts the commitments made in Parliament to protect civil teachers in schools of the Navy".

The president of the commission of inquiry Uranio impoverito, Gian Piero Scanu, calls into question the minister Roberta Pinotti to unblock the situation that concerns the civil teachers of the military school of La Maddalena that for months have been seen to reduce from 18 to 12 the hours of teaching, finding himself with barely a thousand euros in payroll. Yet in April 2016, on the occasion of the discussion of the decrees implementing the Armed Forces Reform, the government had accepted the condition set by the Defense Committee of the Chamber to ensure full time, even within the limits of the annual contract. These are teachers who have graduated in Architecture, Engineering, Science and Biology who for more than 30 years have taught non-military subjects in the school such as computer science, motor engineering and workplace safety.

"These people carry out a service of public utility and in any public school they would no longer be precarious for some time", says Scanu. "Two fundamental questions are at stake: the protection of workers' rights and respect for the commitments that the government assumes with Parliament. The minister intervenes as soon as possible to resolve this dispute positively ".

The war in Ukraine saw the consecration of the drone as a fundamental and indispensable weapon system of the field ...
25351
Read

The 2 June of each year in Italy is celebrated the Republic, that is celebrating the form of state chosen by the citizens ...
2523
Read

The Russian attack on Ukraine closely resembles the Italian aggression on Greece in October 1940. Putin, ...
4022
Read

Good day. I read, always with pleasure, Online Defense. I take the liberty of offering a very small contribution, I hope ...
12979
Read

The war in Ukraine highlighted the serious shortcomings of the Italian Army in the field of armaments in ...
12968
Read

Regarding the transfer of armaments to the Ukrainian armed forces, it should be noted that it was an operation of ...
9292
Read