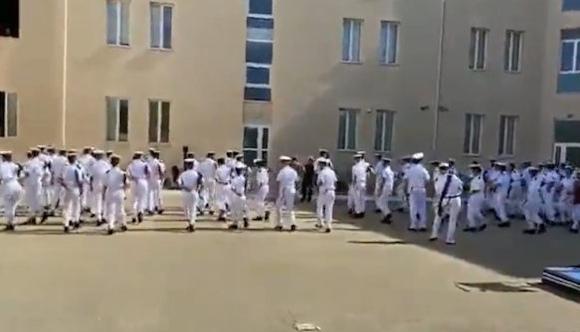 An indisputable assumption is that the publication of news is subject to more or less evident manipulations; it is a fact, just as it is a fact that the audience of potential literate readers should be able to separate the substance of the news from the rest. In a country where a counter football coach, in a time equal to that of the consumption of a prosecco, manages to recycle himself into an epidemiologist-economist passing as an explosive, the enterprise becomes impossible. And demeaning. But anyway: now there is the convenience of unique thoughts which, strengthened by an elementary neuronal passe partout, imbue a mass that lazily waits for nothing else with their own easy convictions.

The problem is that often, in their uniqueness, thoughts are conceptually rather weak, and are associated with insights characterized by the aperitivistic spannometric method of the aforementioned all-rounders; either because the sparkling wine is not of quality, or because the university faculty "Cetto la Qualunque" does not always have a sufficient number of chairs on the Viale del Tramonto of common sense, inevitably one falls into the vortex of the most hilarious inaccuracies.

Since most of the wines, as long as they are of quality, need a minimum of decantation, we preferred to wait a reasonable time (if there is one) to review at the slow motion the ballets that so enlivened the pre-Augustan days; after all, coming from a gray period and lacking in ideas and events, a breath of fresh and attractive news was needed.

The news itself is sparse: naval officer, at the end of the swearing-in ceremony, dances in front of the company of armed sailors under his orders, and conducts collective dance à la page. End. Problems come soon after; if we wanted to make a journalistic comparison from the province, we would read the news (Dog bites child), and we would dwell on the sequel (The dog dies of anger), the juicy part.

Part of the flood of boutade (nonsense) and comments, where ecumenical parochial goodness, policy of bailout, provision of advice by journalists who have not, and never have had, the slightest knowledge of military life and discipline are mixed; because, you see, what has not been carefully said is that military life is made up of rules, precepts, a perceptible network of obligations that always and in any case remain on the wearer of a uniform. The military uniform never takes it off, and those who do it have understood nothing, because they only made a practical and convenient choice.

Let's face it: it is uncomfortably unique in the world of single thought, where the principle of “free all” dominates, except on the 27th of the month and in the disco; a world where improvised mayors talk about rain and fall about dual use, about safe roads but to be paved, about guards at garbage dumps, about very young soldiers who commit suicide in the bathroom of a subway or about graduates who kill themselves in the garages of their homes , of boats and alleged migrants.

There had been one, only one, who had been able to speak or write about what the military has been trained to do (and well). Better not, you would run the risk of passing for mad warmongers in a world of marzipan; after all, the same lawyer of the Commander of the Company of Taranto, made it clear that the weapons were "unloaded", as the handbook of the all-round joke prescribes ...

The Lieutenant of Vessel, equivalent to Captain, becomes a Lieutenant; the Company becomes a platoon; the oath becomes flag-raising: in short, whoever had the most put it on, like that; then were added the refined commentators, those who, as always, found, like a revised and corrected Spanish Inquisition, sin, malice and malice; and here down with disquisitions on the fact that the Commander was a woman, that by now it was time to eliminate forever the rhythmic beating of the boots together with the stentorian sound of voices that, from the first balcony that happens, invariably call history and destiny to witnesses .

Apart from the fact that in the Navy there are very few boots, and that to give the necessary orders to be heard even by the last one on the left it is necessarily essential to raise your voice a little, the doubt arises that they are really the inspired censors to continue to beat on dated oleographies, but which continue to impress both the enlightened, often also wealthy unlike the average and honest military, despite themselves forced to share the air with hordes of unaware morons who insist on thinking it otherwise, both on the famous prosecchisti; in principle, the principle is now valid that, if you want to avoid discussions and blood pressure peaks, it is advisable to decline every idea, also because the famous single thought would relegate the dissenting as such among the ranks of the above-mentioned morons. In short, thinking differently is impossible.

Perhaps (even with good reason), one can point out the figure of a Minister of the Republic who, adipose and mojito, struggles on Italian beaches with an unlikely exotic name, but one cannot accept the point of view of others who, in the collective dance of an armed unit (moreover, even badly performed, the result of evidently poor preventive preparation), see the debasement of a series of symbols (Do you swear it? And 1, 2, 3, 4, Jerusalema!). That the debased symbols are those that, for better or worse, have allowed / forced (in a few) to pull the cart (of all) of a country in constant difficulty often due to those who from time to time directed / governed it ( very big words), it does not matter, also because, with rare exceptions, those who have really made those particular symbols to which they have dedicated their lives their own, have not spent their time among prosecco or in the expensive fashionable haunts of an oligarchic and undemocratic intelligentsia for high wealth and ideological propensities.

Very quickly the first assumption, that of a widespread arrogance such as to allow anyone to discuss anything without having the basis, roughly we have seen it; however, we could go and find out what's more, the so-called return slap.

Ballet, after all, is only the small sign of a deeper and more extensive malaise of which, precisely those who should have prevented it because they were designated custodians of the symbols and values ​​mentioned above, did not even notice. It is clear that there has always been goliardia, and even scandalous if exercised within logical limits and normal common sense. It's just that both were missing: logic and common sense.

A great many questions could be asked; for example, what are the selection criteria for personnel, where only practical and little or no ideal evaluations prevail, or where there is little focus on certifying the understanding of the future role to be filled? What have been the top directives issued as corrective over the years? Were they rationally sensible? Did we understand which path the selection and training of personnel were taking? It seems not, given the results.

What was the control exercised in the structure where the choreography was staged, considering that obviously nobody heard or saw anything even during rehearsals? What were the virtuous examples provided in a descending sense throughout the organization to intervene on the evil that is basically so little obscure of the staff? Few, very few, practically absent.

If it is true that dance could certainly have been avoided, one cannot even think about the legal events that still involve the military institution: what is the more serious fact between the two? We are sincere.

Is it possible that there are no average honest people who can, possibly and if the astral conjunctions allow it, be used with suitable gratification? Couldn't it have happened that the famous "average honest" staff, given the trend, has neatly retired, since there was nothing to do but get sick? It is true that Aventine's solutions have never solved the problems, but at least, in this case, they have partially avoided the further "friendly" fire behind them.

And here we return to the values ​​altered by prosecco; but the famous summit never realized that, all in all, in the deluge of papers, if the organization went ahead anyway, it was due to the Aventinian people who, as long as the liver held up, believed in those values ​​and to those symbols that the happy dancers of Taranto have forgotten, allowing politics to enter where it should never have, given the nature of the military institution?

And we add, very humanly: but if, as usual, between dances, judicial proceedings and behaviors widely included in the primitive etiquette of the savannah but often tolerated in offices and barracks, nothing happens, who could ever blame the definitive Aventino of those who, really tired, they preferred to contemplate sunsets and ideals?

Throughout history the value of the Italian soldier has been immeasurable (and still is today). Numerous are ...
1226
Read

Geopolitics is a transversal discipline that rests on the foundations of mother materials; are brush strokes that ...
3618
Read

I have been reading you with curiosity for some time. You deal with matters of which I believe few can really understand something at ...
5051
Read

We live unconsciously in a bubble, where time flows at different speeds than usual, where ideals ...
1263
Read

Randolfo Pacciardi was a patriot and one of the fathers of the Italian Republic. Born in 1899, Tuscan and of humble origins. Until ...
931
Read

The Igea operation is the intervention plan implemented by the Ministry of Defense to increase the capacity ...
2524
Read

Mr. President, my name is Andrea Gaspardo, I am a geopolitical analyst based in Italy and, together with the editorial staff ...
5136
Read

Dear Director, We have read the article entitled "We sell ships to Egypt ... but our Navy is sinking ...
5223
Read

On Sunday 11 October a friend left us, com.te Aldo Locatelli. In just over a month he would have completed his ...
1748
Read