Home Recommended Letters to the Director Let's go to Libya. With which culture?

Let's go to Libya. With which culture? 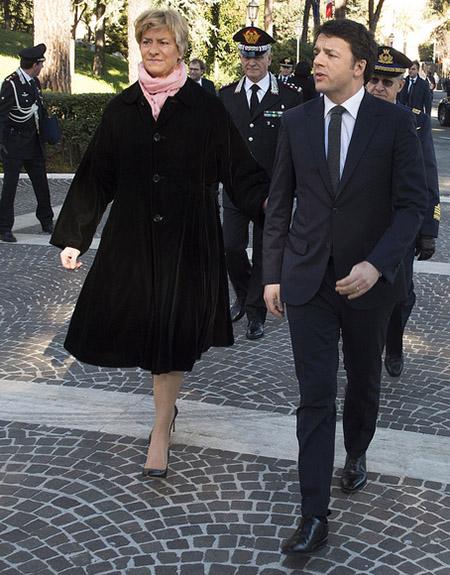 The intervention in Libya is now a certainty, it is only a matter of deciding on its timing: the diplomatic solution will not exempt us from sending trainers, troops on the ground and so on in the future. This was understood by Gentiloni, Pinotti and even Renzi, no matter what they say. They understood it late, however.

Who really has some idea of ​​geopolitics, in Italy, has understood this since the 2011, when he considered the Franco-American intervention to be too rash, and he reiterated it in recent months. Among these, surely, also the analysts of our Services, always too little listened to.

Not understood a political class that treats both foreign policy as the Armed Forces as mere land of electoral conquest, demonstrating a bipartisan incompetence in both fields, which explains well the Italian absence at the Minsk summit.

Anyone who has a minimum of geopolitical expertise knows that Libya is a question from Mare Nostrum, where this Latin phrase is not to be associated with the operation for the protection of immigrants, but with its original meaning in which Rome, today? ? Italy, rises to the geopolitical power of the Mediterranean area.

The geopolitical vocation of our region is twofold and the situation of difficulty in which we find ourselves is twofold: on the one hand, our historical links with Moscow and its Balkan allies (Serbia in the first place, but also Albania before and after the historical break of the Soviet era) , now economically undermined by the sanctions that the Americans have imposed on us against Putin.

On the other hand, our links are also historical with the Mediterranean partners, which have always included areas such as Syria, Lebanon, Egypt, Libya and Tunisia. All countries in which the heavy US hand has arrived in a destructive manner, invalidating the geopolitical possibilities of our country, also and above all as a European energy hub.

Russia and Libya are currently among the largest (if not the largest) Italian energy suppliers, and they are suppliers that we risk losing. This is good to explain to the Italians, who still suffer too much from Hollywood soft power and who think of Obama and human rights as the only important value. The sanctions on Russia and anarchy in Libya damage us economically: this must be clear to the Italians. As it must be clear that Italian policy in the Mediterranean area is a fundamental pivot for the economic recovery: it means developing new markets, new exchanges, new possibilities for our companies (large, medium and small).

Like all crises, Libya also represents a chance for Italy. First of all, the chance to prove a responsible nation that helps other countries, with which it has a historical link.

It is Italy's duty to ensure that in its area of ​​influence the conditions for the growth of the partner states are created, growth that is compatible with the indigenous culture (a concept that was largely clear to the farsighted Enrico Mattei and that will never be clear to the Americans).

It is an Italian and European chance to demonstrate for the first time in the field the ability to control borders and stabilize neighboring areas, an activity that would finally denote the ability of the EU to act as a real political subject, as well as merely an economic one. And it is an Italian chance to demonstrate that it is not only the economy that makes a state globally important, but also and above all its ability to stabilize a socio-economic area politically speaking, de facto stemming what promises to be the worst humanitarian catastrophe on the European borders from the Balkan wars onwards.

These are the ideas with which we must prepare politically an intervention in Libya. An intervention that however will be done on the ground by our boys in uniform, this is and remains a fact.