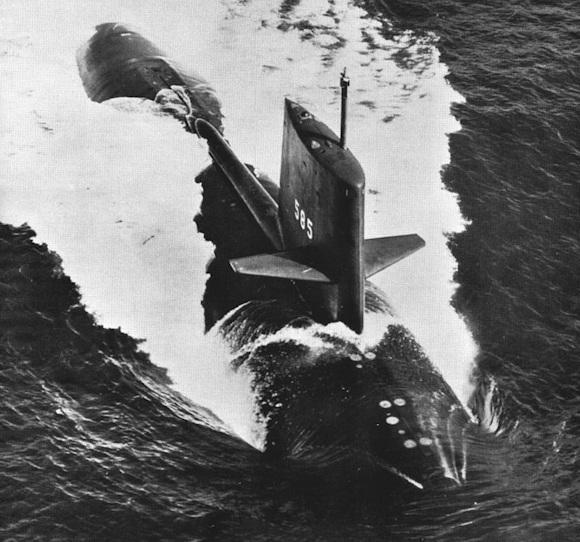 At the end of the 50s many nations both in Western Europe and beyond the Iron Curtain were conducting studies on nuclear energy aimed at expanding their war arsenals, the Government of Rome was concerned by the dynamism shown by Bucharest and Belgrade by constantly monitoring the 'research institute of Vinca. In addition to this, the Minister of Defense Andreotti strongly supported the need to equip the Navy with nuclear-powered submarines to contrast with the latest models that the Soviets were putting in line or completing.

Furthermore, Andreotti always considered the development of a nuclear attack submarine (SSN) an obligatory step in order to be able to subsequently get to the construction of real attack submarines armed with ballistic missiles (SSBN).

It was decided to develop a boat strongly inspired by the studies on the experimental boat Albacore and similar to the class Skipjack (opening photo) characterized by the elongated teardrop design, rudders placed on the sail and of small dimensions, solutions that allowed it a good degree of agility as well as being able to reach a speed of 30 knots thanks to the thrust of the Westinghouse S5W reactor.

Following the approval by the government Sign the construction of the Guglielmo Marconi was entrusted to the Tosi shipyard in Taranto while the Military Applications Center for Nuclear Energy (CAMEN) should have taken care of the reactor, but the change of US administration and the position considered not too "strong on communism" in Rome led in July 1963 to Washington's refusal to transfer materials and know-how fundamental for the development of this technology, reducing interest in nuclear submarines even if the parenthesis was definitively closed only with the adhesion to the nuclear non-proliferation pact, because a possibility of SSN was still open and the CAMEN of S. Piero a Grado continued to operate until the closure of nuclear power plants in Italy in the 80s. 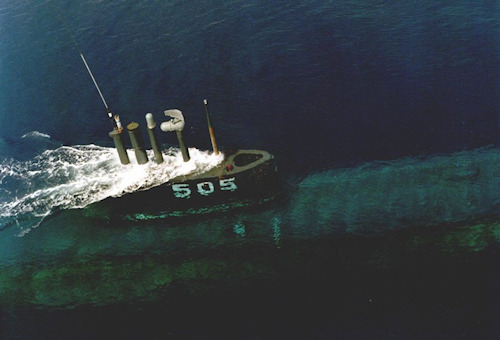 At the same time the Navy with the 58 programme ordered the production of the four boats of the class All (photo), modern submarines with which to replace the old submarines Jade, Vortex and the rebuilt Calvi (Eg Barium) in addition to supporting the former American classes Gato e Balao updated to the standard guppy (Greater Underwater Propulsive Power Program).

I All represented the first underwater vehicles of national production after the war and were the spearhead of the "dolphins" until the end of the 80s, these boats were gradually joined by other ex US Navy boats of the Tench e Pliers delivered under the Mutual Defense Assistance Program at the beginning of the 70s. The gradual obsolescence of the first American boats and the first 4 finished All, having acknowledged that there would be no SNN, the heads of the submarine component had to choose between a All lengthened or a new boat to renew the component. They chose the new which later became the class Sauro which gradually between 1980 and 1989 entered service with its first three series.

After the cancellation of the bankruptcy S90 project it was decided to improve the Sauro, setting the 4th series of the class Sauro to compensate for the aging of All, but it was necessary to equip itself with modern boats equipped with AIP (Air Independent Propulsion) technology and after the bankruptcy of the Maritalia company, which was to produce the closed-cycle or air-independent diesel engine, Italy joined the German Submarine Consortium in 1994 for the development of a new class of boats called Type 212A intervening on the initial project with important improvements.

These boats renamed at home as a class Todaro (following photo) have important characteristics starting from the hull in non-magnetic material, design features aimed at reducing the acoustic signature and fuel cells to produce energy from the reaction between hydrogen and oxygen ensuring a significant increase in immersion time compared to previous boats. 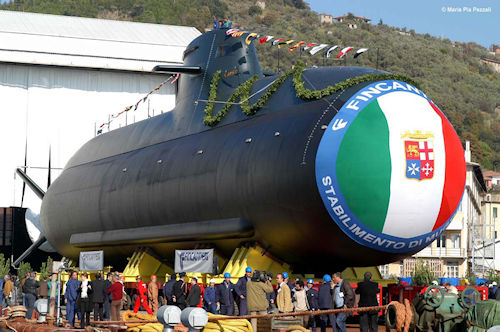 The head of the class Salvatore Todaro (S-526) officially entered service at the beginning of 2006 followed the following year by its twin Scirè (S-527) and immediately they were used in important training missions (Joint Task Force Exercise) alongside the nuclear submarines of the US Navy after having traveled the 15.000 miles in the Atlantic, succeeding in one of these simulations on July 27, 2008 to "sink" the USS Roosevelt (CVN-71). Also in the same period the option was exercised on the two boats of the second series (Venuti e Romei) entered service exactly ten years after the first two boats already presenting some small improvements to the sensors, an increase in autonomy.

The need for the Navy to replace the last four classes Sauro led to the development of a new version of the U 212A called Near Future Submarine, which will have a slightly elongated hull compared to the version U 212A, new lithium-ion batteries capable of allowing greater performance and autonomy, latest generation electronic equipment that will allow a reduction of the crew to 29 units and finally the possibility of being armed with cruise missiles giving them the capacity deep strike.

Looking ahead, when the time comes to replace the first series of U 212A conceptually it would be inspired by a boat with the same characteristics as theU 212NFS but larger in order to accommodate at least 6 vls as in the class project Dosan Ahi Changho derived from the class Sohn Won-yil (Type 214). Since in the scenarios in which the Navy of the future finds itself and will find itself operating, in addition to the traditional roles, the "dolphins" will constitute the spearhead of the offensive capabilities of the armed force, being able to launch cruise missiles or, as they already do, act from vector for the insertion of nuclei of the Incursion Operational Group transporting the relative support means.

To these tasks are added tasks that sometimes remain distant from the common perception of problems and priorities, such as the capacity for deterrence and security in sea basins of national interest and the related critical infrastructures that develop along the seabed.

In this context, the orientation of the Navy towards ROVs and AUVs is already evident for the fulfillment of this function and a capacity to shelter various vehicles unmanned. 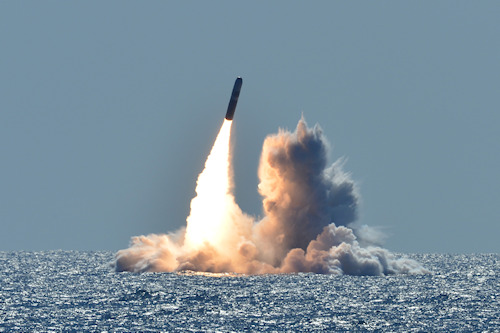 In conclusion, after having briefly retraced the history of Italian submarines in the post-war period, one can understand why the Navy - by virtue of its geographical position and (current and limited, ndd) strategic vision - does not currently need boats to nuclear propulsion.

It is different for the great nations that overlook the vastness of the oceans with immense exclusive economic zones even far from the motherland that for the surveillance of which other technologies are required which, however, not all are able to develop or at least require high transfers of technologies. Not for nothing the nations that have nuclear submarines in line are the victorious nations of the Second World War (United States, United Kingdom, Russia, China and France) present both in the attack version (SSN) and ballistic missile carrier (SSBN), in addition to this restricted club, India, Brazil and in the coming years, thanks to the recent AUKUS agreements, also Australia.

To these nations are added Pakistan, Israel, North Korea and South Korea which, although they do not have nuclear-powered boats, are able to launch missiles from their submarines armed with nuclear warheads.

The 11th and 12th September 1683 takes place victoriously for the Euro-Christian forces, led above all by the king of ...
3167
Read 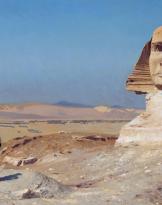 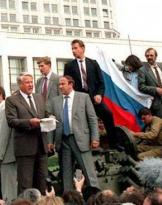 A quotation of uncertain attribution, but often overused in the most disparate historical contexts, states that ...
1708
Read 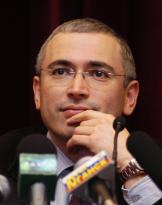 Soviet centrifuge: the characters born from the decline and collapse of the USSR

If you change the mission of the empire, the empire is lost. And if you don't even realize you are doing it, then not only will you lose it ...
929
Read 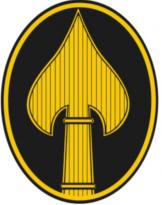 The United States and intelligence: from the origins through the OSS

For some time now I have begun to develop a certain interest in the world of intelligence, and in particular ...
985
Read 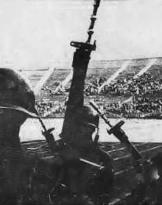 The Chilean coup is the violent outcome of a match, the most important moves of which were all made by ...
1521
Read 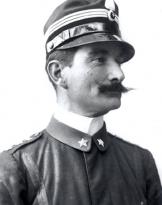 I assume that most of you readers of this article have, at some point in your life, witnessed ...
1339
Read 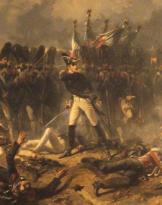 This year, remembering the Battle of Waterloo has a completely different flavor. It is the year of the bicentenary of ...
1808
Read 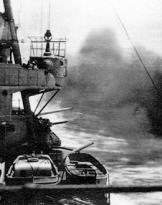 June 1942: the Regia Marina has been involved for months in contrasting British convoys bound for Malta. Malta, base ...
2186
Read 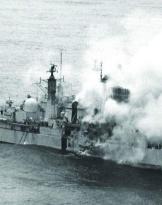