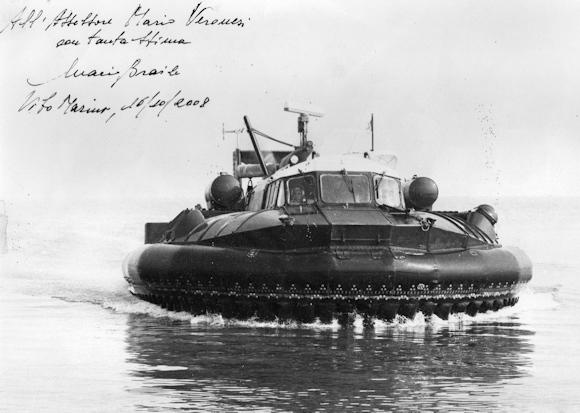 "Two torpedo boats and a hovercraft of the Italian Navy engaged in the Pavia-Venice-Pavia raid on the banks of the Po on Sunday brought thousands of Pavia on a Sunday trip. The Navy's vehicles stopped at San Zenone Po, and at the Ponte della Becca point of arrival for their journey. The unique cruise aroused enthusiasm among the spectators who were also able to visit the boats ". So reads an article in the local newspaper: "La Provincia Pavese" of June 1972.

We owe it to the news, to point out that previously other boats of the Navy, pardon, of the Regia Marina, had gone as far as the ancient capital of the Lombard kingdom. The chronicles of the local newspaper, speak of a ship the "William Pepper”, Arrived in Pavia in the 1895; and in the 1909, the "Torpedo boat 44T " had been photographed near the Old Covered Bridge.

This mission organized by the General Staff of the Navy, in collaboration with the National Sailors Association of Italy (ANMI) and the "Amici del Po" association, held between 6 and 15 June 1972, was composed of three naval units consisting of two torpedo boats: the 472 and 473 plus an amphibious vehicle, a hovercaft HC 9801 class SRN-6, a medium that has aroused great curiosity everywhere.

The cruise began on June 6, from Venice S. Andrea, the summer base of the Torpedo boats. Two years earlier, the Navy had arrived in Piacenza but this time the intention is to go as far as Ponte della Becca, near Pavia, along the Piacenza-Ponte della Becca section, not marked, let alone dredged, the which presented a serious problem in navigating the river. Furthermore, the floods due to the heavy rains of those days had reduced the height between the surface of the water and the bridges, forcing the two torpedo boats to lower the antennas of the radio and radar, every time they had to pass under the bridges. While the hovercraft, during navigation, presented questions of maneuverability, due to the scarce friction on the water, aggravated by the strong currents caused by the floods of those days. 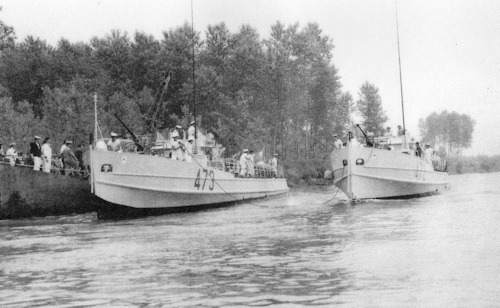 If the company has ended in the happiest of ways, we must acknowledge the ability of the commanders, and all the personnel, who in addition to the technical and logistical problems, have faced a ceremonial that has never been nourished, because even the smallest centers riparians, they contended the honor of hosting, perhaps for only a few hours, these means of the Navy.

The squadron traveled the stretch to Porto Garibaldi at sea; after a brief stop in Goro, he arrived in Ferrara, following the Migliarino canal. Leaving the city of the Estensi, the units that entered the Mincio reach Mantua, where they were welcomed by over 3.000 people. After an overnight stay, they reach Boretto, in the province of Reggio Emilia, to arrive at 9 in Cremona.

The 10 June, feast of the Navy, three hundred kilometers from the sea, the Comsubin raiders and Maristaeli Luni's helicopters, gave rise to a successful event, attended by thousands of people. The last stop the next day, as the aforementioned newspaper from Pavia says, with the arrival at the Becca Bridge took place with this program: “Departure from Cremona at 6,30, arrival at S. Zenone Po, at 12,30, stop until 14,30 and then again starting with arrival at Ponte della Becca at 16,00, where they will be welcomed by the authorities of the Province of Pavia, from 'Amici del Po' association and by the local ANMI group, and by so many people. Msgr. Meriggi, bishop of the diocese of Tortona, will celebrate a mass at the camp". On the way back, the sea exit was planned by the Po di Levante channel, but the flood wave that was approaching the mouth made the surest route of Porto Garibaldi preferable.

People have been one of the protagonists of this long river cruise. I speak of the thousands of people who crowded the docks in the mooring ports, of the students in black aprons led by the teachers, who impatiently await their turn, to visit the "monsters" of wood and steel. To see more closely those large yellow-tipped torpedoes and the machine-gunner, a great attraction for the little ones. 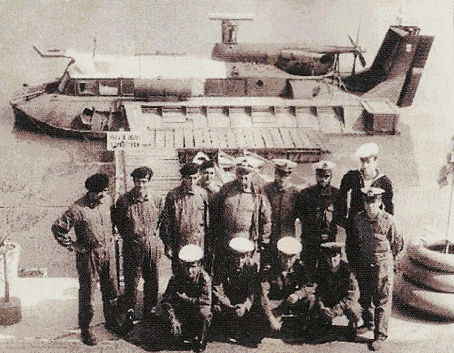 From the banks of the Po peasants leaning against the spades they observed with curiosity, mixed with respect for the wave that the passage of vehicles raised, ruining the vegetation of the banks and the rows of moored boats. The officers on the bridge know that the purpose of the mission is precisely to create enthusiasm among the people. Bring the flag of the Navy inside, where there is still someone who has never seen the sea, nor has he ever seen war units.

After its people, it is the Po, the other protagonist of those days, it is an insidious and lazy river, around which the plain is flat and verdant. Nearby are farmsteads and bell towers, the Po di Guareschi, Peppone and don Camillo, Bacchelli, and Gianni Brera. The great river, with its network of tributaries, is the water highway of the most industrialized regions of our country.

The units of the Italian Navy showed, (for the umpteenth time), that the longest river in Italy was, and is navigable, and that river trade can become a more consistent reality than the current one. It would allow us to remove thousands of heavy vehicles from our roads, contributing to a significant saving in oil consumption, and the introduction of gases that are harmful to the environment and to our health.

Hovercraft 9801Class SRN-6. from 10 tons of English manufacture, it had a turbine from 1050 HP which allowed it to exceed the 60 nodes. Used by the Navy, for experimental tasks until the 1978 year of disarmament. The HC9801 he was expelled from the framework of the state military ship in April 1982. 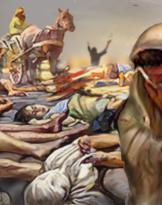 There was a time when men died like flies from diseases that can be cured today. This time began to ...
2311
Read 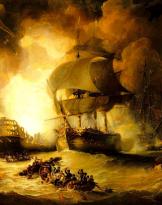 The Battle of the Nile, known in France as the Battle of Abukir (locality north-east of Alexandria), ...
1383
Read 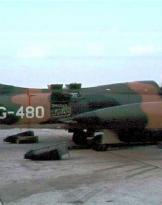 The MB-326 was an extremely robust and versatile machine in the short span of its entry into service ...
2422
Read 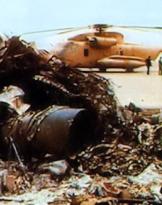 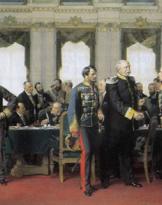 The 80s of the XNUMXth century ended the immediately "post-Risorgimento" phase for Italy and its forces ...
1279
Read 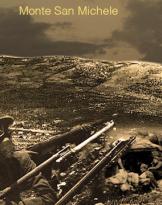 What characterizes the transition from the operations of the "first offensive rush" to the "First battle of the Isonzo" is the ...
2008
Read 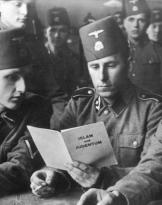 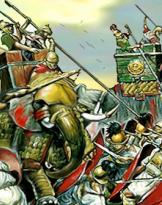 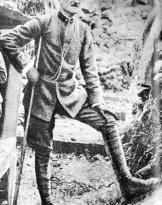 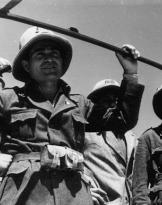