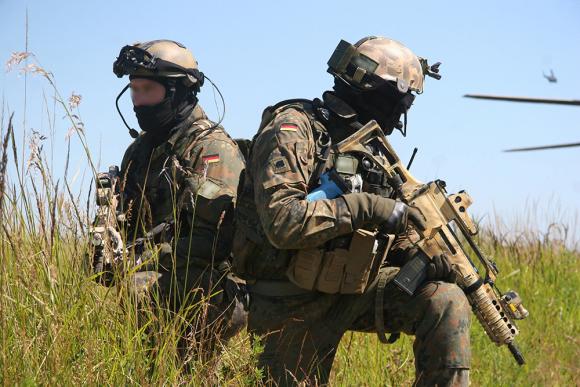 It looks like an incipit of other times: "The Germans one step away from the Russian border". As part of a contingent of 500 men, 450 soldiers of the Bundeswehr, will be deployed in the next few days in Lithuania less than 100 kilometers fromexclave Kaliningrad Russian Federation.

The contingent is part of the 122 ° Panzergrenadierbataillon, mechanized infantry unit, located in Oberviechtach in Bavaria, part of 12a Armored Brigade, in turn, part of the Löwendivision, also known as 10aPanzerdvision.

The battalion sent actually has mainly 4x4 Puma, but for the occasion the contingent will also be able to count on 26 Leopard 2 tanks and a large number of armored vehicles, supplied to the Brigade to which they belong.

The news echoes the displacement announced by outgoing President Obama of 4500 American soldiers in Eastern Europe, in order to counter the "growing threat of a Russian invasion".

Pending developments related to the installation of the new US President scheduled for January 20 (today, ed), the Kremlin spokesman Peskov has already made it known that Moscow considers the move as a direct threat to Russian interests.

The great cold that comes from the Baltic cap.1

The great cold that comes from the Baltic cap.2