Trump orders NATO to take the field against ISIS 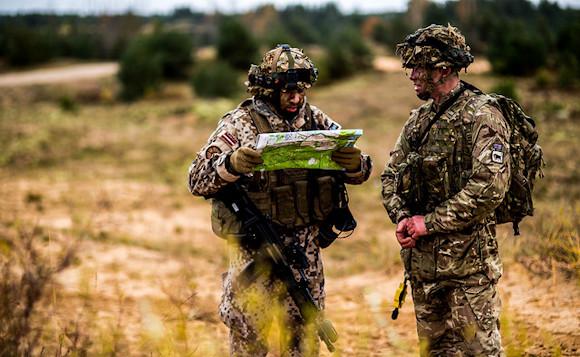 At the Brussels summit on 25 May, the Alliance will talk about its role in the war on international terrorism. Still in shock from the attack in Manchester and embarrassed by the news coming from the Philippines, the opportunity is favorable. If so far the anti-ISIS coalition active in Syria and Iraq has been formed by countries deployed on their own initiative, now the music changes: NATO will commit itself directly and each member state will have to do its part.

In reality there is nothing concrete on the table, but the change of pace decided by Trump will serve to put everyone in front of his own responsibilities. The first objective is to get each country to the threshold of 2% of military spending compared to GDP.

With the exception of the United Kingdom, Poland, Estonia and Greece, nobody reaches the indicated budget. Not even France, which for 2017 touches 1,8%. The pacifist Italy trudges to the 1,1 datum obtained with an increase of the 10% of the 2016 compared to the 1,01 of the 2015. Although the numbers and percentages are relative to very different budgets (the 2,5% in London corresponds to 70 billion, the 2,2 in Tallinn to 460 million), the important figure that emerges is all political. Trump, who in the election campaign had thundered against the limp role of NATO and its members, now has the opportunity to throw everyone into the fray. 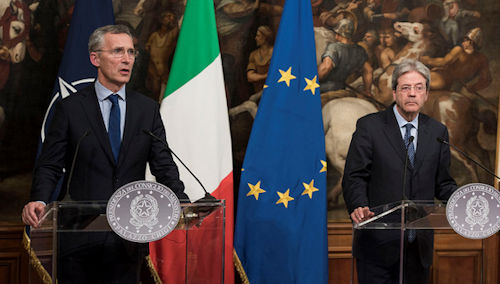 Gentiloni's Italy, to which nobody has asked how it will behave, will play the role of mediator between hawks (Washington and London) ready to escalate and reluctant (Paris and Berlin), little inclined to military adventures. After the Brussels meeting we will know more.

What is certain is that ISIS, which is now in a tight spot in Syria and Iraq, has become a marketing phenomenon: flying over how it came into being and how it developed, in this historical phase it seems to convince everyone to fight it.

Libya makes people talk about itself again; she is an actress who cannot miss on the Mediterranean scene where, instead, politics ...
2072
Read

The war in Ukraine - now close to the end of four months - has introduced us to some places whose ...
7165
Read

President Joe Biden has signed the measure, approved by the Senate, which authorizes and facilitates the provision of a ...
14584
Read