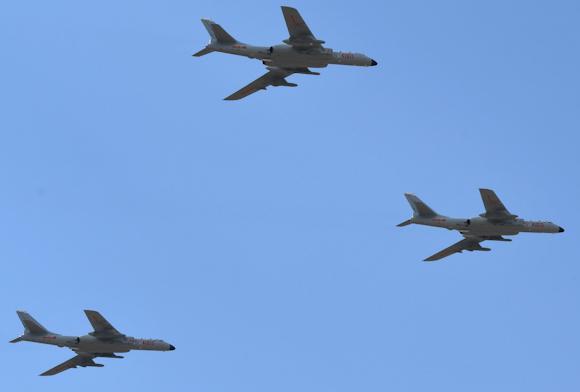 The situation in the South China Sea becomes quite serious after Taiwan accused Beijing of aerial intrusion into the identification zone of Taipei. The Taiwanese authorities report that for two consecutive days, on January 23 and 24, Chinese military aircraft - including J-16 fighters and H-6K strategic bombers - flew over the island.

Taiwan's response was not long in coming: the air force sent its F-16s with the task of monitoring the activity and inviting Chinese planes to leave.

According to reports from the Taiwanese Ministry of Defense, in both intrusions, the Chinese warplanes would not have approached the island but would have followed a route that passes between "the southern part of Taiwan and the Pratas Islands, located in the South China Sea and controlled by Taipei"1.

Through these operations, according to many analysts, Beijing wants to send a very strong message to Washington; given that the United States, being Taipei's main ally, has never lacked their important support for the island. Something that irritates not a little, to put it mildly, the nation of the red dragon as it considers Taiwan as part of it.

It should also be noted that in the South China Sea - from 23 January - an attack group led by the aircraft carrier is deployed Theodore Roosevelt, and according to the US Indo-Pacific command: The Carrier Strike Group Theodore Roosevelt is engaged in a mission of the United States 7th Fleet to ensure the freedom of the seas, build partnerships that promote maritime safety. Certainly a situation that Beijing does not like.

Photo: Ministry of National Defense of the People's Republic of China / US Navy