Syria: the Turks drop the cards. Now the Kurds are pointing to Manbij's forehead 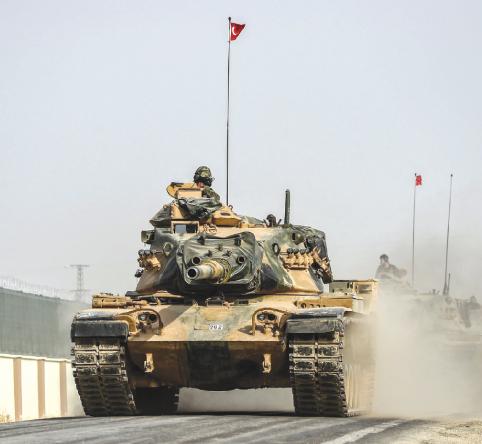 As expected, the Ankara war against ISIS actually covers the true Turkish goal: to neutralize the Kurdish threat.

Local sources (AMN) indicate in these hours columns of hundreds of armored vehicles, directed to the area of ​​Manbij, a city controlled by the SDF at about 40 km from the Turkish border.

Manbij had a great media relevance last August when he was there Syrian Democratic Forces led by Kurdish militiamen of theYPG they liberated the city from the domination of the Islamic State. It was the first great defeat of the Caliphate on the northern front and above all the first great Kurdish victory, of particular importance because politically correct, compared to the parallel reconquest of Assad's forces.

Just to coincide with the Kurdish victory, it was launched Shield of the Euphrates, a massive operation of the Turkish army whose first result was to halt the advance of the SDF west and north.

The Turks, after securing Al Bab's ISIS stronghold, are now at a crossroads: continue south towards Raqqa as announced by President Erdogan or rage against the Kurds to repel them over the Euphrates? The name of the operation Shield of the Euphrates seems to speak clearly. Carriage of troops and combat vehicles with the unmistakable green livery meanwhile amass towards Manbij.

The Russo-Ukrainian War threatens the survival of hundreds of millions of individuals around the world as claimed ...
27524
Read

For several days in Chad (one of the poorest countries in the world) demonstrations against the French presence have been raging ...
2342
Read

At the height of three days of tensions, the Latvian parliament approved a bill allowing the ...
88293
Read

“The Russians don't have the ability to enter the Azovstal tunnels ... That's not just a normal tunnel, that's a ...
12484
Read