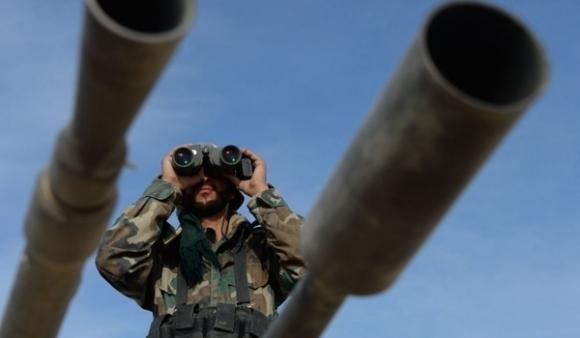 For several weeks the stronghold of the Islamic State of Al Bab, 40 km east of Aleppo, has been under pressure. From the west the armed forces of Damascus advance rapidly and from the north the forces of Euphrate Shield which include regular Turkish troops and their allied militias, essentially represented by the Free Syrian Army.

The city of Al Bab, the last stronghold of ISIS in northern Syria, after days of bloody battle is now virtually surrounded. Even the last chink that leads from Tadif to the south-west towards Raqqa and the territory still controlled by the Caliphate, has been freed in these hours by Syrian troops. Departments of the Tiger Forces and the Republican Guard would be at 4 km from the city.

As reported by Arab media, there is talk of about 2500 terrorists still barricaded in Al Bab. In anticipation of a total collapse of the front, if the ISIS militiamen will not evacuate the area in the coming days, their total carnage is possible.

Meanwhile, the first clashes between Syrians and Turks are reported in the western suburbs of Al Bab, where the two sides are practically in contact. Ankara has protested against a series of air strikes that Syrian fighters would have carried out in the area against concentrations of Turkish troops. Damascus, which has never officially approved the operation Euphrate Shield, deny categorically.

Regardless of the respective versions, the race on Al Bab reveals a strong competition between Damascus and the filoturche units. After the liberation of Aleppo, Syrian forces have regained great strength over the entire north-east front, seeking to gain as much land as possible towards Raqqa, in anticipation of the peace agreements. The Turkish troops and their allied militias have instead set the pace, counting heavy losses of men and means in the fighting against ISIS in recent weeks.

Rivalry is not only related to the common goal. Among the most hardened enemies of the Damascus army is precisely the Free Syrian Army, an important armed faction of the opposition and a natural outlet for all the deserters of the first hour. Now it seems that all the knots are coming to a head.

The Russo-Ukrainian War threatens the survival of hundreds of millions of individuals around the world as claimed ...
27116
Read

President Joe Biden has signed the measure, approved by the Senate, which authorizes and facilitates the provision of a ...
13404
Read

A battalion-level tactical group (BTG) would have been annihilated by (yet another) Ukrainian ambush on the river ...
16060
Read

For several days in Chad (one of the poorest countries in the world) demonstrations against the French presence have been raging ...
2334
Read

Libya continues to be shaken by uncontrollable instability, even if the attempts of the UN are ...
3308
Read

The war in Ukraine has multiple side effects, including the run-up of the countries most dependent on ...
3131
Read

At the height of three days of tensions, the Latvian parliament approved a bill allowing the ...
88275
Read

On 7 May, NATO Secretary General Jens Stoltenberg of Norway during an interview with the newspaper ...
3809
Read

“The Russians don't have the ability to enter the Azovstal tunnels ... That's not just a normal tunnel, that's a ...
12480
Read