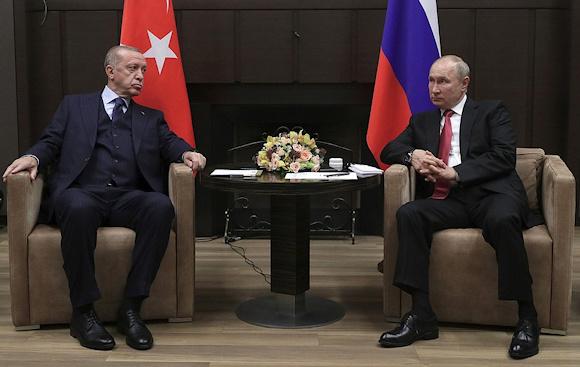 Libya continues to be shaken by uncontrollable instability, assuming that even the attempts of the UN have managed to give, in the last two years, a semblance of linearity and order to an explosive situation.

Tripoli this morning was hit by the flames of the clashes that broke out when the man entered the city russo Khalifa Haftar, Fathi Bashagha, Abdulhamid Dbeibah's rival premier; Bashagha, militiaman and exponent of the paramilitary formations of the Sparta of Libya, Misurata, the man who has been waiting for this position since the Berlin conference in January 2020.

The two are not only the expression of a latent civil war which, although regional, destabilizes a large part of the Mediterranean basin, but also the symbols of the multilateralist failure of the Unusian policies supported by the delegate Stephanie Williams, and of the inexhaustible willfulness of the Parliament of Tobruk and of the powers interested in keeping Libya in the limbo into which it has fallen since 2011 following Western intervention; it is no coincidence that the Anadolu news agency was among the first to report the incidents.

After the impossibility of proceeding with the planned December elections, Tripoli woke up at 7 am (05.00 GMT) with heavy firefights between the two factions competing for power. The violence flared up with the announcement of Bashagha's arrival, accompanied by some of the ministers from his cabinet in Tripoli and forced to retire; Dbeibah, who took office from 2020, did not give rise to any immediate reaction; supported by the United Nations, bearers of a troubled and difficult peace process, Dbeibah, who also failed in the mandate he was given to ferry the country towards a democratic transition stigmatized by regular elections, has repeatedly refused to resign.

There is no doubt that the fighting has given new vigor to fears of a return to chaos. As early as March, armed groups in support of Bashagha had lined up on the fringes of Tripoli, suggesting the outbreak of the clashes that exploded this morning.

It is difficult not to see the hand of Haftar, a strongman of the eastern army, who maintains control of several and important oil installations.

The contemporaneity of two governments takes us back to the period of rival administrations which, in a Libya torn by civil war, fought each other between 2014 and 2021. Oil production, Libyan main source of income, was thus again affected by political actions that have led to many forced closures of the terminals by groups inserted among the Eastern forces1 who push for the transfer of power to Bashagha, leader of a government of "national stability".

It is evident how the clumsy management of the pre-electoral period, the impossibility of guaranteeing the recourse to the polls within the established terms, as well as the permanence in power of Dbeibah who bound his office to the election of a government expression of a regular electoral round, gave breath to the parliament of Tobruk to decree the forfeiture of the Tripoli executive.

The impossibility of settling in Tripoli could prelude, on the part of Bashagha, to a leadership of his executive directly from the city of Sirte, in open competition with Dbeibah; needless to say that this would constitute a prelude to higher intensity clashes in which political theories based on transatlantic responsibilities to be shared would collide with the reality of a new civil war and with strong hegemonic policies that, at the moment, do not see any kind of concrete contrast but only possible hypotheses of sharing of intentions.

Haftar remains a de facto Russian pawn who still operates now especially after the Government of National Unity Di Dbeibah, still formally in office, voted for the expulsion of Russia from Human Rights Council of the United Nations, in response to the Russian recognition of the government of Fathi Bashagha, which took place in February.

Let Libya be Mediterranean way It is undoubtedly decisive that it is difficult to follow a political line that requires the direct assumption of regional responsibilities., given that Washington's attention and desire to commit has changed in recent years, also by virtue of the fact that the Libyan and Maghrebi dossiers are not in the attention of Foggy Bottom, still scalded by the murder of Ambassador Chris Stevens in 2012.

It is up to the Europeans to recompose the Libyan pieces, it is up to Italy to govern a situation that is politically intricate, and dangerous in terms of intensity that would require more decisive interventions on the ground.

Libya makes people talk about itself again; she is an actress who cannot miss on the Mediterranean scene where, instead, politics ...
908
Read

Vilnius calls, Minsk answers. Thus, we can summarize the (nth) frantic hours in the relations between the little but ...
11268
Read