Home geopolitics Foreign Shorts The evolution of the Habata air base will ... 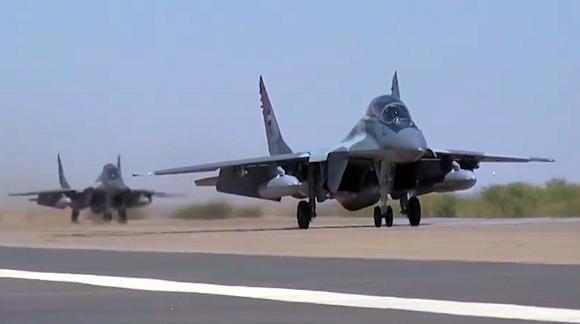 The Habata air base was, until a few years ago, a small airport located in the Egyptian territory about 50 km from the Libyan border. Since 2019, important structural works have begun, aimed at accommodating an increasing number of aircraft with adequate logistical support, in order to protect national borders from instability coming from the neighbor but at the same time to conduct operations against Isis and in support of the ally Haftar .

The works have allowed an improvement of the existing structures and the doubling of the runway and shelters for aircraft. In May 2020, to highlight the importance of the affected area, 6 were detected Mirage 2000-9EAD of the United Arab Emirates Air Force accompanied by a C 130H Hercules in the nearby Sidi Barrani air base where they officially took part in joint exercises with the Egyptian Mirage 2000EM of the 82nd Squadron of Mersa Matruh.

On January 18, 2021, the satellite detected the presence in the installation of six Mig 29M / M2 and three Gust D / E, with the exception of On 35 in order, these are the most advanced systems under the Egyptian Air Force readily located in one of the areas of greatest interest and concern for Cairo.

Last November the Mig 29M / M2 had participated in the exercise in Sudan "Eagle of the Nile 1" at the Marawi air base (photo), a sort of show of strength of the two countries towards Ethiopia and their willingness to build the Grand Ethiopian Renaissance Dam in the Blue Nile. During this exercise, the Egyptian Ministry of Defense has then released photographs where planes appeared with multiple combinations of weapons starting with traditional R-77s Adder and R 73 Archer to the three additional tanks up to the Kh-31 air-to-surface missile Krypton. It is not clear, however, whether these images are from the repertoire for propaganda purposes or taken in the course of real operations.

As for the Dassault instead Gust during a joint exercise with French counterparts last February at the Gebel el-Basur airbase in some photos behind two senior officers of the respective air forces you can see a Rafale D equipped with Talios pod and among the weapon systems at its disposal, in addition to the MICA IR and RF missiles and the AASM guided bombs, the MBDA missile clearly appears Scalp EG.