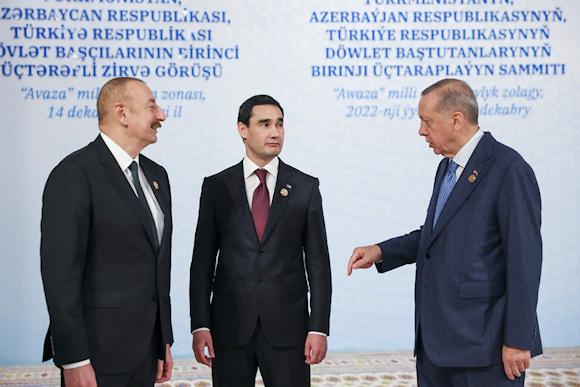 During a recent trilateral summit with the president of Azerbaijan, Ilham Heydar oğlu Aliyev, and that of Turkmenistan, Serdar Gurbangulyýewiç Berdimuhamedow, the president of Turkey, Recep Tayyip Erdoğan, took the opportunity to underline Ankara's commitment in strengthen relations with Baku and Ashghabat in the framework of the now decades-long Turkish foreign policy strategy inaugurated in the early 90s by the then Turkish president Halil Turgut Özal who had theorized a methodical political, economic and cultural penetration by the giant Anatolian towards the Turkic-speaking Muslim countries that became independent on the ashes of the Soviet Union. Inevitably, the main topic of the trilateral was theopening of a new energy corridor which, from Turkmenistan, should bring Turkmen oil to Turkey via Azerbaijan.

Interestingly, this agreement (with inevitable strategic implications) hangs like a boulder over the future of the Armenian-Azerbaijani conflict fought both in the Nagorno-Karabakh region and along the approximate and far from well-defined border that separates Armenia from Azerbaijan. In fact, there is no territorial continuum between Turkey and Azerbaijan, and one of the accusations that are rightly leveled against Baku especially in the light of the constant tensions and unilateral attacks registered in the crisis area in recent months, concern precisely the not so much veiled goal of territorially amputating, if not completely disappearing, Armenia in order to create thatonly Pan-Turk territorial block which makes the satraps of Ankara and Baku dream so much and does not make Moscow and Tehran sleep peacefully.

Given the extremely weak situation currently affecting the Turkish economy (just remember that in a year and a little more the Turkish lira has lost half of its value against the euro!) it is perfectly understandable that Erdoğan is multiplying his efforts to ensure on the one hand secure access to energy sources and on the other to strengthen the status of your country as an energy clearinghouse between East and West in order to deprive Moscow of the exclusive protection of energy routes in the Caucasian area and the 'Central Asia. The Turkish attempt to gain access to theShanghai Cooperation Organization, by now the main geopolitical player in the Asian area.

It is too early to say what the final goals of the Turkish autocrat are, but if there is something that history should have taught us by now it is that he never be underestimated.

The death toll from yesterday's suicide attack in a "Pakistani" mosque has risen to 89 dead and 160 injured...
2587
Read

Within a month, the approximately 400 soldiers of the French forces of the "Sabre" operation will have to leave the territory of the ...
2503
Read

Al-Shabaab strikes again1. This time the balance of the attack against a Somali army base perpetrated by ...
1230
Read

In less than a year, the African continent has experienced eight coups and attempted coups. But the cravings of…
1588
Read

While in Italy there is more or less serious discussion of "mini naia" and its possible form, duration and purpose,...
1726
Read 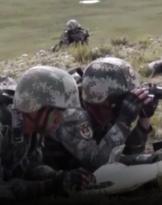 While the attention of the majority of public opinion in Western countries continues to be focused on...
3682
Read