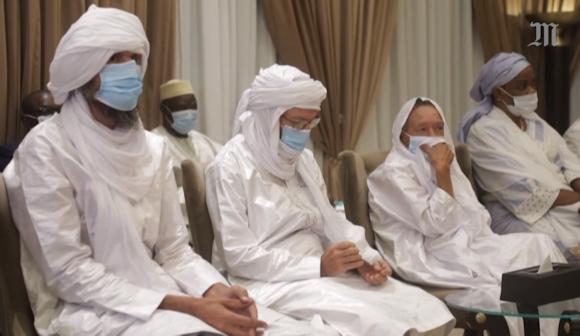 Now freed from the shadow of Abdelmalek Droukdal, the leader of al-Qaeda in the Islamic Maghreb, killed during a French special forces operation conducted last June in Talhandak near Tessalit, Iyad ag Ghali, head of the Group for the Support of Islam and Muslims (GSIM or JNIM, linked to al Qaeda) has struck a significant political blow by convincing the new Malian authorities to release more than 200 of its fighters in exchange for the release of Soumaïla Cissé, a prominent politician, kidnapped in the Sahel about six months does.

But in addition to Mr. Cissé, the GSIM also freed three other hostages, including the Franco-Swiss Mariam (or Sophie) Pétronin, kidnapped in Gao in December 2016, and two Italian citizens, the missionary Pierluigi Maccalli and the tourist Nicola Chiacchio. The Swiss missionary Béatrice Stockly, on the other hand, did not have this chance, her kidnappers murdered her in circumstances that remain to be specified.

The French authorities were not involved in the negotiations conducted by Bamako, with the release of Soumaïla Cissé being a priority target for the Malian authorities, who came to power following a military coup that overthrew President Ibrahim Boubacar Keïta.

And among the released jihadists - in whose honor Iyad ag Ghali organized a party in the Tuareg stronghold of Kidal region - there are several well-known names, such as those of Mimi Ould Baba Ould Cheick, brain of the attacks in Grand Bassam, in the Ivory Coast and Ouagadougou, in Burkina Faso and Fawaz Ould Ahmed, former leader of the al-Mourabitoune group.

However, in France, Mariam Pétronin's statements may have caused some embarrassment. "Call them what you want, I would say that they are armed groups opposing the regime", he said of his captors, whom he even likened to soldiers. “What has the transitional government done? He demanded the release of their soldiers. Some were released, I don't know how many Ma were immediately released. So if you have a group of soldiers and some are captured you will go to great lengths to get them released, whether you are the French army, the Congolese army or the Malian army or the US army, I would do anything to get them released : which makes sense. Jihad is war in French and it is a war between groups of armed opposition to the regime, they will find the way to peace. In any case, I sincerely hope ", the former hostage told RFI. 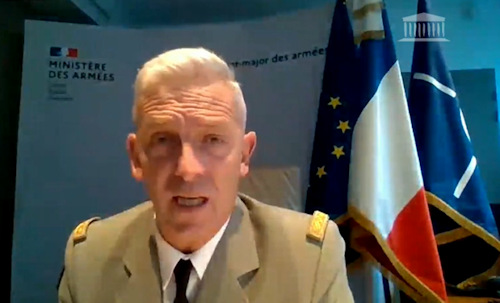 However, these remarks did not appeal to General François Lecointre, Chief of Defense Staff (CEMA), who insisted to put a period, during a hearing before the Senate Committee on Foreign Affairs and Defense, this 14 October.

“To be precise, our opponent is not an armed group like any other, or an armed group opposed to the Mali regime. It is also an international terrorist organization [...] that has sworn allegiance to al-Qaeda and whose objective is in direct conflict with the security of the French, both abroad and on national territory ", began by specifying General Lecointre.

“It is a group that also has modes of action that are clearly terrorist. […] We cannot call these people soldiers and imagine that they can be compared to French soldiers. French soldiers are soldiers of a regular army, who fight according to international law, respecting the law of war (like during the Algerian war? Editor's note), controlling their violence and who are linked, beyond the mission, from an ethics " the general continued.

“In no case can we compare these soldiers and the way in which they admirably fulfill their mission (to consolidate French hegemony in the region? Editor's note) to the behavior of these terrorist armed groups with which we are confronted. Finally, obviously, the French soldiers would never have the idea of ​​obtaining the release of French prisoners, by any enemy, through the kidnapping of civilians "General Lecointre insisted.

"I want to say this because comments were made at the time of Ms Pétronin's release which, it seems to me, risk distorting the considerations we should make of the situation in Mali, of the commitment of the French Armed Forces. A commitment that remains today, more than ever, very clear and guided by the will to overthrow the terrorist hydra and to guarantee the safety of the French ", continued the chief of staff.

"And that it must be very clear to all the families who have lost their loved ones in the battles we waged in Mali that we do not deviate from the mission, that our struggle remains the same and that it is legitimate as it is", concluded General Lecointre, before confirming that "France has not been involved in any kind of negotiation with this terrorist group against which we will continue to fight with the utmost determination".

"That's not fair. Please don't leave us alone after twenty years of collaboration. We didn't leave you alone when ...
1913
Read 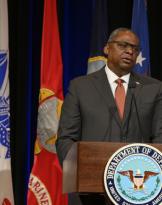 US Secretary of Defense Lloyd J. Austin III announced yesterday the establishment of a new Regional Center of the ...
444
Read 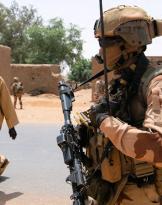 For more than a month now, the Manila government has been denouncing the continuing violations of territorial sovereignty ...
3283
Read

In the globalized world, we take for granted free access to water resources, essential for the survival of ...
700
Read

Let's start with an apodictic fact: Kiev has never given up on wanting to regain the territories lost in 2014. This does not ...
4392
Read

The city of Palma, located in the province of Cabo Delgato, in the north-east of Mozambique (where there is an important ...
1227
Read

The Chamber of Deputies of Paraguay rejected and dismissed the request for impeachment presented by the opposition ...
899
Read

The Habata air base was, until a few years ago, a small airport located in the Egyptian territory about 50 km ...
2952
Read

"The position of the boat, relatively close to the Iranian coast at the time of the explosions, could suggest that ...
1807
Read