Home geopolitics Foreign Shorts The signs of contrasts and divisions at the top ...

The signs of conflict and divisions at the top of Russia 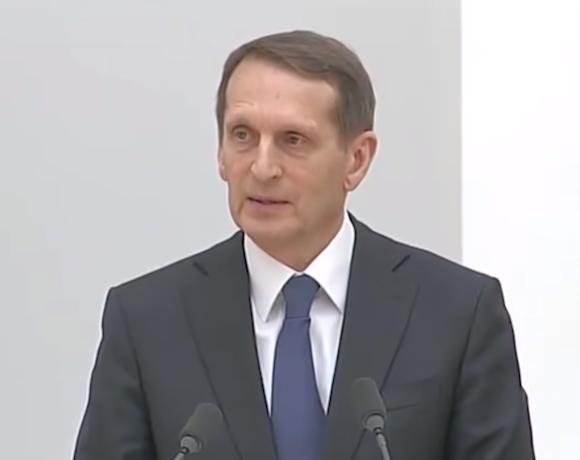 There are rumors about the forthcoming "torpedoing" of the foreign minister Sergey Lavrov, Soviet-era diplomat expert, Russian patriot to the point of giving up his Armenian surname and supporter of a foreign policy that has combined brains and brawn for years.

Evidently, in the Kremlin there is the same air of Stalin's last years, with the "tsar" driven insane by the fear of being the victim of a murder as many had been by his decision, isolated himself for the ghosts present only in his mind, with his most intimate collaborators only prone to indulge his manias and the senior officials too frightened to correct a wrong political line.

Yet there was no lack of signs of this disintegration of the most patriotic and rational group of the Russian elite. Lavrov himself, speaking with Putin, last February 14 had stated verbatim: “It seems to me that diplomacy's chances of success are far from being exhausted. They certainly shouldn't go on indefinitely. But at this stage I would suggest continuing and intensifying the negotiations ". Then, as we have already highlighted (v.link), on February 22 had officially stated that "Russia recognizes the independence of the separatist regions of eastern Ukraine within the borders currently controlled by the Moscow-backed separatists", except to be promptly denied by the president himself after a few hours.

Un similar episode it had taken place just 24 hours earlier, during a meeting of top Russian leaders and went around the world.

"I propose to give our Western partners one last chance ..."

"I support ... the annexation of the republics of Donetsk and Luhansk to the Russian Federation"

Sergey Naryshkin (opening photo) he changed three political positions in less than a minute, with the facial expressions of the "inquisitor", President Putin, which oscillated between amused, disrespectful and sardonic.

The newspapers spoke of the "humiliation" of the director of the foreign intelligence service of Russia by the father of the Russian state. Yet, in hindsight, we are not talking about a person so easy to intimidate, as it seemed instead from the videos artfully spread all over the world.: formed by the high school of the KGB in the same years in which Putin himself was a student, between the nineties and 2004 he worked first at the Russian embassy in Brussels then in the government of the Saint Petersburg oblast in important economic organizations and financial.

In short, one capable - and certainly in charge - of developing relationships with authoritative personalities, in Russia and abroad: not surprisingly, in 2004 he found himself in a top position, at the same time, of Sovcomflot, Rosneft and Channel One, respectively the transport giant merci maritime, the colossal hydrocarbon holding and the state TV of the Russian Federation.

Also in 2004, his golden year, he became deputy premier, during Putin's second term as president. Evidently not kissed by luck during the interlude of the Medvedev presidency, in 2009 he ended up presiding over a historical-political commission charged with re-reading the history of the twentieth century in a Russian key and then, with Putin's third term, he was charged with developing good offices among the Russia and the European sovereign and populist parties whose political action could play the game of the Kremlin.

Only in 2016 Putin raised him up, appointing him as director of foreign intelligence. Who better than him, with all the relationships he has patiently built up over many years? His skills in dealing with foreigners are so good that in 2018 he even managed to have the sanctions that had been applied to him suspended since 2014 for an official visit to the United States.

Now, he has been able to give his consent to the more aggressive initiatives of the Russian leader without seeming... too consenting.

Last but not least, this is the case with Alexey Miller, the dominus of Gazprom, the energy giant on which much of the Russian economy depends. Its silence in recent weeks is deafening: yet, Gazprom will be affected as and more than others by the sanctions, by the suspension of Nord Stream 2, the inability to find spare parts and damage to gas pipelines in Ukraine. Dead silence.

Three names do not make an opposition. Three names do not make a crisis of the Putin regime. Yet, the specific weight of these names seems to grow since the "formidable" war machine set up by Defense Minister Shoigu and the Joint Chief of Staff Gerasimov to faithfully comply with Putin's wishes seems to be struggling to establish itself in Ukraine.

How do you say factional war in Russian?

Vilnius calls, Minsk answers. Thus, we can summarize the (nth) frantic hours in the relations between the little but ...
10601
Read

Lithuania has begun to ban the rail transit of goods subject to EU sanctions to the ...
12342
Read

The war in Ukraine - now close to the end of four months - has introduced us to some places whose ...
6884
Read

There are few doubts: the first ... unfortunate meeting between the Russian Fleet in the Black Sea and a couple of ...
9212
Read

Poland, after supplying Soviet arms and weapons systems worth $ 7 billion to Ukraine ...
8588
Read

The Russo-Ukrainian War threatens the survival of hundreds of millions of individuals around the world as claimed ...
31411
Read

President Joe Biden has signed the measure, approved by the Senate, which authorizes and facilitates the provision of a ...
14536
Read

A battalion-level tactical group (BTG) would have been annihilated by (yet another) Ukrainian ambush on the river ...
18515
Read

For several days in Chad (one of the poorest countries in the world) demonstrations against the French presence have been raging ...
2640
Read