Pirates capture Turkish sailors in the Gulf of Guinea 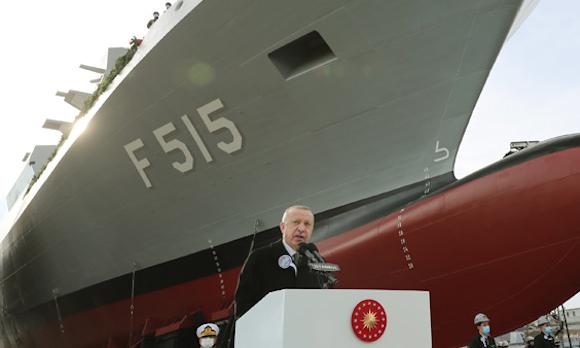 Yesterday. the container ship MV Mozart, flying the Liberian flag and belonging to a Turkish shipowner, was attacked off the coast of Nigeria (100 nautical miles from Sao Tome) while, having left Lagos, she had just sailed for Cape Town, South Africa.

Of the 19 crew members, an Azerbaijani sailor was killed by pirates, another 15 were kidnapped. The ship, with only three men on board, then moved to Port-Gentil, Gabon.

"We have established the necessary contacts with all interested countries for the release of our fellow citizens", Mevlut Cavusoglu, Minister of Foreign Affairs, declared shortly after. “The bandits, the pirates who kidnapped our fellow citizens have not yet contacted us. These kidnappers at some point establish contact to convey their requests ", he added.

For his part, Turkish President Recep Tayyip Erdoğan (photo) said he was "following the story closely".

According to details that remain to be confirmed, the pirates used explosives to force the merchant's "citadel", that is the safe place where the crew must take refuge in the event of an attack.

The killing of a sailor and the fact that the pirates have resorted to explosive charges indicate that a qualitative leap is taking place in the boarding of merchant ships transiting the Gulf of Guinea.

The increase in kidnappings shows the strengthening of the capabilities of the Gulf of Guinea pirates, with more and more attacks further away from the coast. The reason is that this type of business is more profitable than attacks on oil tankers.

This phenomenon is progressing at a worrying rate, forcing coastal countries to increase patrolling activities.

Let's start with an apodictic fact: Kiev has never given up on wanting to regain the territories lost in 2014. This does not ...
4078
Read