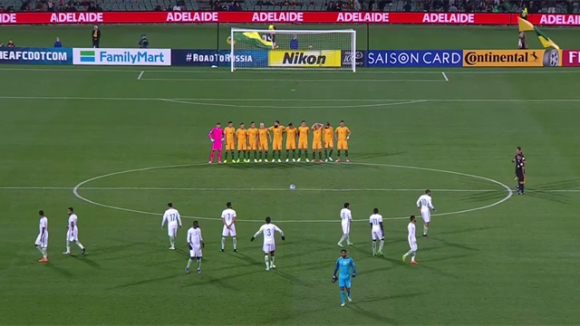 Adelaide Stadium, Group B of the Asia-Oceania group for the 2018 World Cup qualifiers. The Australia-Saudi Arabia game is very important to assign one of two useful places to arrive in Russia next year.

When the speaker calls the minute's silence to honor the victims of the London bombings, the whole stadium is silenced. While the yellow jerseys of the Australian players become a compact and immobile barrier, the Saudi players remain deployed to start the march. Some even continue to warm up.

The gesture, not appreciated by the public, was stigmatized by the Saudi football federation, which formally apologized for the behavior of the players, considered "inexplicable".

For the record, the game is over for 3-2 for Australia, which has taken Arabia and Japan first. The other teams in group B are the Arab Emirates, Iraq and Thailand. The Emirates-Saudi Arabia derby is scheduled for the 31 August.

The entry of Sweden and Finland into the Atlantic Alliance is in serious danger of causing, if not war ...
3043
Read

Libya makes people talk about itself again; she is an actress who cannot miss on the Mediterranean scene where, instead, politics ...
2051
Read