Attack on Damascus airport: Israeli missiles were directed against Hezbollah 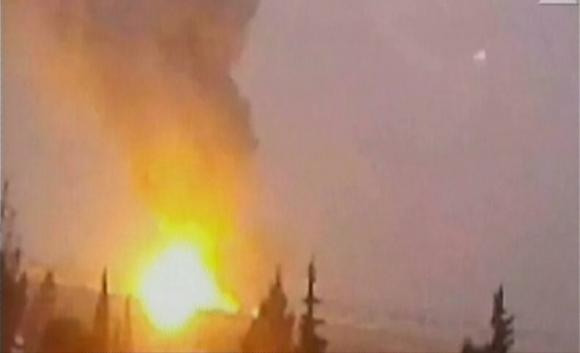 The raids carried out tonight (27 April) by Israeli airplanes on the Damascus airport, were addressed against deposits of weapons and ammunition used by Hezbollah. He reiterates it to Reuters after a first confirmation arrived from Syrian sources (SANA) and Israeli (Galei Zahal, army radio and Haaretz).

The raids, which began at 2,25 (Italian time), would have been five, all concentrated in the military compounds located to the southeast of the Syrian capital, not far from the international airport.

Initially it was believed that the internal perimeter of the airport was still active with international and national routes, but the news was later denied (the first flight of FlyDamas headed to Kuwait and left regularly at 7).

The raids would have been carried out by launching missiles directly from occupied airplanes (in the military language of Damascus we mean the Golan, nda), outside the Syrian airspace.

There would be no victims or significant damage to infrastructure. The explosions would have been heard, however, for several kilometers all around.

According to Israeli sources, the Tel Aviv attack must be considered in the logic of defense of the Jewish state, according to which even the suspicion of smuggling heavy weapons to the advantage of Hezbollah, is sufficient to trigger a preventive action. The Israeli government has reiterated that the Lebanese Shia militia ally of Syrian President Assad is not allowed to hold weapons capable of harming Israel, meaning with this medium-range ground-land missiles.

The goal of this night, second to Reuters they were deposits of unspecified materials that had just arrived by plane from Iran, the main source of supply for the militias Hezbollah.

Only last Friday (21 April), the fighters in Tel Aviv had attacked pro-government militia positions committed against armed groups affiliated with Al Qaeda near Quneitra, near the Israeli border.

Lithuania has begun to ban the rail transit of goods subject to EU sanctions to the ...
11679
Read

The war in Ukraine - now close to the end of four months - has introduced us to some places whose ...
6255
Read

There are few doubts: the first ... unfortunate meeting between the Russian Fleet in the Black Sea and a couple of ...
8831
Read

The Russo-Ukrainian War threatens the survival of hundreds of millions of individuals around the world as claimed ...
30954
Read