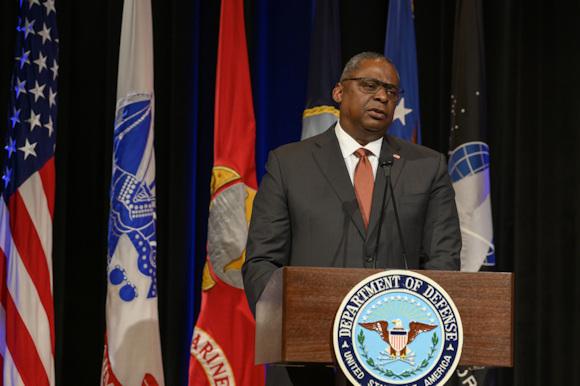 US Defense Secretary Lloyd J. Austin III announced yesterday the establishment of a new one Regional Center of the US Department of Defense: the Ted Stevens Center for Arctic Security Studies.

"The center will support the US Interim National Security Strategic Guidance, to work between agencies and like-minded partners, to join forces and promote shared interests. It will respond to the commitment of the United States and international cooperation to strengthen rules-based order in the region. and will address shared challenges such as climate change ".

The Department is now looking for the most appropriate location for the Ted Stevens Center.

Since 2014, Russia has embarked on a significant strengthening of the Arctic border (24.000 kilometers) with naval bases, radar networks and airports. A "Strategic Unified Command of the Northern Fleet" in the same year was created in Severomorsk.

The Arctic, rich in intact oil and gas reserves, is at the center of historic disputes between the United States, Russia, Canada, Norway and Denmark. It is comforting, since it represents one of the potential "grounds" of military confrontation between superpowers (including China), that the United States is concerned about "climate change".

The Russo-Ukrainian War threatens the survival of hundreds of millions of individuals around the world as claimed ...
27713
Read

President Joe Biden has signed the measure, approved by the Senate, which authorizes and facilitates the provision of a ...
13433
Read

A battalion-level tactical group (BTG) would have been annihilated by (yet another) Ukrainian ambush on the river ...
16119
Read

For several days in Chad (one of the poorest countries in the world) demonstrations against the French presence have been raging ...
2351
Read

Libya continues to be shaken by uncontrollable instability, even if the attempts of the UN are ...
3317
Read

At the height of three days of tensions, the Latvian parliament approved a bill allowing the ...
88304
Read

On 7 May, NATO Secretary General Jens Stoltenberg of Norway during an interview with the newspaper ...
3814
Read

“The Russians don't have the ability to enter the Azovstal tunnels ... That's not just a normal tunnel, that's a ...
12488
Read