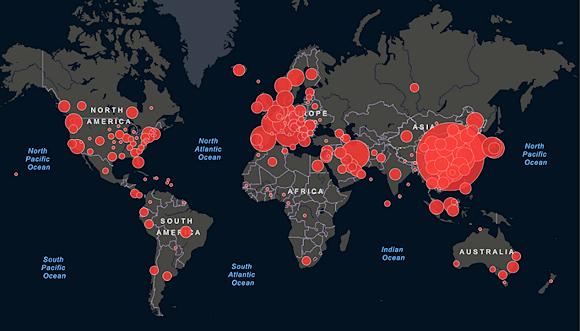 “I have no idea what weapons will be needed to fight the Third War World Cup, but the Fourth will be fought with sticks and stones " (Albert Einstein)

Today, in 2020, we can say that yes, Albert Einstein was right. But never, he with us, could have imagined that the Third World War would be fought by mankind against a virus.

In 2006, the American actor and author Maximillian Michael "Max" Brooks, son of the great Mel Brooks, published a novel, which has now become an authentic "cult", entitled: "World War Z. The world war of zombies", from which it was then taken in 2013 a lucky film with Brad Pitt in the role of the protagonist. For those who have never heard of it, "World War Z" is not the classic book of the "zombie-horror" genre but a fine multi-spectrum analysis of the world we live in which mixes masterly elements of medicine, sociology , history, geopolitics, economics and military science in a way that is puzzling and even instructive. I came across "World War Z" for the first time around the year 2012 and, since then, in addition to reading the book several times, I have never missed the opportunity to recommend it to all those who, like me, deal with of wide-ranging geopolitical analysis.

The reason for this unusual "sponsorship" is not in the fact that I have any passion for the "zombie" genre but because, despite years of reading and research, I have not yet managed to come across a publication that has managed to present a real and proper "global analysis" of the world and the societies in which we live that is up to this science fiction novel. What still fascinates me about "World War Z" is the scenario of how Humanity presented in the story (moreover with the protagonists taken from the world political scene existing in 2006!) Managed to face a situation of "collapse global "caused by the uncontrolled spread of a zombie pandemic and how the war against this unprecedented enemy exposed both the strength and the weaknesses of the various human societies considered in their entirety. And, above all, as I reread the aforementioned manuscript over and over again, I never would have dreamed that one day I would witness a scenario so similar to that described in those pages. 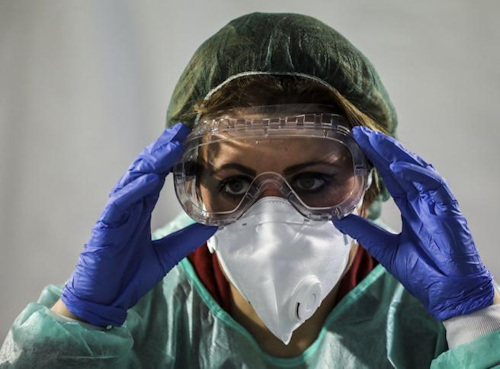 Let me be clear, I am not saying at all that today we are "on the brink of the end of humanity"; as we can all see, we are not in the presence of hordes of cannibal zombies ready to break into our homes, nor is the mortality rate attributed to Covid-19 so far that makes us think that it could cause "the extinction of our species" . However, it is good that everyone starts to get seriously familiar with the fact that, by virtue of its speed of transmission, the ability to potentially affect the segments of the elderly population or those characterized by precarious health with consequent saturation of health systems, Covid-19 is in all respects a threat to world peace and stability because it is literally deconstructing the internal production system and material and social life that have been painstakingly built by mankind in the last 75 years of history, since the end of the Second World War to date. No other disease in fact (with the notable exception of smallpox and bubonic plague) has had such a lasting impact on human societies and threatens to bequeath us (once the health crisis in and of itself is over) an era made destabilization of entire countries or even geographical areas (especially among poor and developing countries) with the consequent explosion of geopolitical and military conflicts whose contours and intensity are currently very difficult to predict.

We are wrong to believe that the Gordian knot of the Covid-19 affair concerns only the "health management" of the emergency and its immediate economic repercussions. It is now evident that the "World War Coronavirus" has started the heaviest recession in history, certified by the rating agencies and the main international credit institutions, as well as by the intuition and common sense of the individual citizens. Not only; the weakness, the obvious inability and, at times, the guilty ineptitude, so far demonstrated by almost all world governments (no matter if democratic or authoritarian) in the management of this epochal event have already left a heavy scar on the psyche and culture of all companies, from the poorest to the richest.

How this scar will be reworked in different countries and nations is a question that is very difficult to answer and much will depend on the speed with which the different areas of the globe will be able to get out of the crisis. However, there is a real possibility that the present crisis is only the first step of an imposing destabilization process that will affect all corners of the globe and will lead to a trail of wars and humanitarian catastrophes that will generate further shocks and complex ramifications. 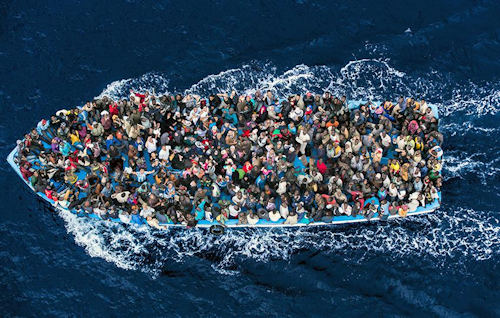 If you think that this statement could constitute an exaggeration it would be enough to make a comparison with the effect that the epidemics triggered by the bubonic plague, by smallpox and by the Spanish influence have had respectively on the European and Middle Eastern societies of the Late Middle Ages, on the collapse of the indigenous peoples pre-Columbian America and the world population already weakened since the First World War. Just like the epidemics of that time, Covid-19 will also influence history and leave survivors with a heavy geopolitical legacy that it is up to us to anticipate right now so as not to let ourselves be caught again unawares by the sea of ​​events.

So here, exactly like the anonymous journalist protagonist of "World War Z", we too will walk along a tortuous journey through the maze of our world trying to deconstruct and recompose it through the use of the tools of demography, culture, history , geography as well as changes in economic, technological and military capabilities. We will also try to understand how the crises triggered by the "World War Coronavirus" will impact the strategic mentality, strategic planning and, most importantly, the "political will" of the national and transnational elites in these situations and in the years to come.

Readers do not believe that the choice of tools such as history and culture are useless or redundant since History teaches us that epidemics have greatly influenced the development of Humanity and they have profoundly marked the culture that has then handed down the memory; knowing who we are and where we come from is always the fundamental premise to understand where we will go.

Those who habitually read my analyzes will not need explanations regarding demography since I consider it an indispensable thermometer to understand the state of health and the deep drives of societies, while geography is an unavoidable element of "everything that is geopolitical".

Economic, technological and military capabilities will all be put to the test both by the "World War Coronavirus" and by the other crises generated by it and their abundance (or scarcity) will be of paramount importance in understanding which countries will be able to overcome the storm and those who will be dramatically reduced.

Finally, precisely the situation of "existential stress" from "End of History" will be the litmus test for the evaluation of the strategic mentality, strategic planning and political will of the countries (especially the great powers) and their ability to reinvent themselves for get ready for these unprecedented challenges.

We will also evaluate the leadership skills and instincts of survival in order to understand which ones will be able to project themselves towards new horizons of glory and which will perish by remaining buried in the sands of history. We therefore fasten our seat belts and get ready to live and study the "present" since the "World War Coronavirus" will be the last event of "Contemporary History" and the first piece of "Future History".

Those responsible for the not exciting national policy, made more gloomy by the gloomy economic prospects, recently ...
2392
Read