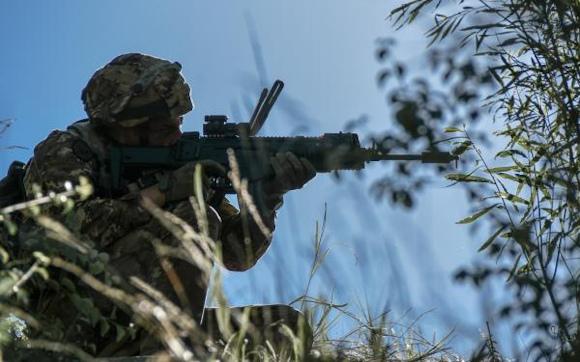 "Adopt all the necessary measures so that no inconveniences occur and keep to an extent that the unpredictable can be faced", this, in essence, is the directive that any hypocritical and facade commander gives to his subordinates to "call themselves out" of future problems. The same spirit seems to hover both in the political directives for the so-called "peace" missions and in the motivation of the sentence with which the Cassation definitively condemned General Bruno Stano to compensate the relatives of the fallen (moreover already compensated by the State) to following the 12 November 2003 bombing in Nassirya.

To corroborate this hypothesis, an incident may be useful to help place the unbalanced relationship between terrorism and the "peace missions" with which it purports to oppose it in the right light. It is known that the terrorist has no moral qualms, so much so that he does not hesitate to use even kamikaze children. In addition to this horrendous eventuality, a soldier in a "peace mission" must face an unimaginable series of tragic options: in addition to the kamikaze man and woman, it is indeed necessary to come to terms with the snipers that shield women and children; then there is the possible use of gas, radioactive substances and poisons to be released into the air and food, the spread of viruses, attacks with drones, the launching of missiles on built-up areas up to the Twin Towers and to the most abused use of vehicles filled with explosives (up to three and a half tons of treaty in the Nassirya case: ten times the amount used for the attacks against Borsellino and Dalla Chiesa).

Finally, we must not forget the danger represented by the local "friendly" forces, those trained by the same "peace forces"; the 18 January 2011 in Balah Murgab, where "unu giuda best murdered to Luca Sanna at colpidu inie"(These are the verses written by Antonio Sanna, father of the Sardinian Luca Sanna killed by treachery by the Afghan soldier with whom he shared food, training and ... anti-terrorism service). 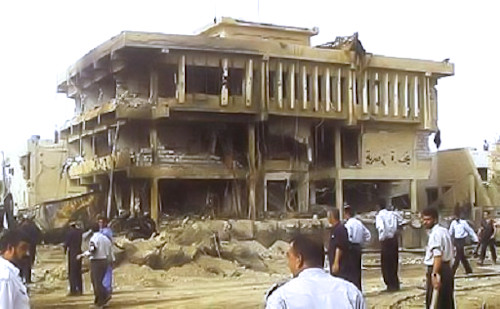 The criterion followed by the judges of the Cassation for condemning Bruno Stano was concretely the following: since the intelligence had communicated that there was a strong risk of an attack, General Stano should have "taken all the necessary measures so that ... etc. etc". All the rest was considered by judges of secondary importance, including the fact that the daily warnings were of ordinary administration and that it was quite complex to abandon a structure that had been wanted in the inhabited center, in deference to the Italian dictates of a feel-good look to appear "with people, for the people, among the people ".

The stubbornness with which the judiciary has pursued for 16 years the final condemnation of Stano brings to mind two other judicial episodes: the first concerns Mauro Moretti, prestigious figure of manager, CEO of the State Railways, definitively sentenced to seven years of imprisonment following the well-known Viareggio train accident due to the malfunction of one of the millions of exchanges on the national rail network. The second concerns Graziano Delrio, Minister of Infrastructures of the Gentiloni Government, who despite being the recipient of repeated reports of danger-collapse of the Ponte Morandi, was not reached by any judicial communication ... not even as a "due act". In practice, Delrio appears to be completely foreign to the announced disaster.

A considerable effort is needed to remove the suspicion that a weight and a measure have been adopted to judge the Stano military and the "Confindustriale" Moretti and another burden and another measure to examine the responsibilities of Graziano Delrio, minister of political area democratic.

Who better than the Quirinale and the CSM could dispel suspicions that are spreading in public opinion? 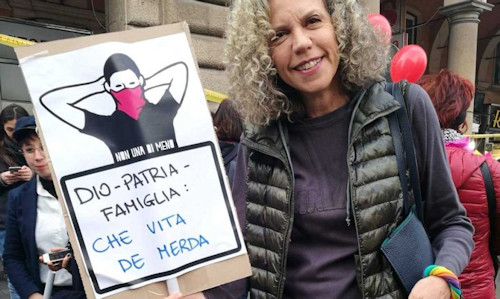 What is certain is that for the Stano case many soldiers expected, if not a stance, at least a signal from the Supreme Commander of the Armed Forces, but the Quirinale silence was repeated, even if already experimented for the Cirinnà case (the kind senator who posted on Facebook his edifying message "DIO-PATRIA-FAMIGLIA: CHE VITA DE MERDA") and confirmed during the ban on waving the flag during the recent demonstration in the square of Montecitorio. (It is impossible to imagine that similar provisions could be issued in any other European capital or the rest of the planet).

Sic stantibus rebus and by virtue of the fact that what happened to Bruno Stano could also have happened to the writer, having both had the honor of wearing the stars and the privilege of commanding the Sassari Brigade, I fully share his bitterness for the sentence imposed on him and I express my contempt for a certain way of doing politics towards the military world as well as my disgust for the disrespectful way in which, under the pretext of public order, the Tricolor was treated, to which less consideration and respect for those shown were reserved to any rainbow flag or a red party banner. Finally I express my embarrassment, as well as a profound disappointment, in front of the silences mentioned above.

The moral is that even for the soldier Bruno Stano the formula born in the contemporary political world is valid, whose attention is increasingly monopolized by the priority problem from the indiscriminate reception of illegal migrants: YOU'RE SERENO, SOLDIER, that on your return home from the "peace missions", where you can die like in war, the political class and the magistracy are waiting for you ... at the gate. 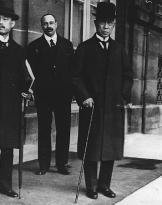 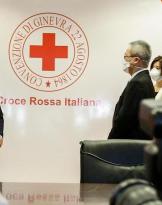 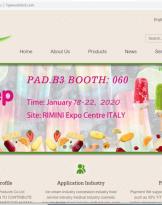