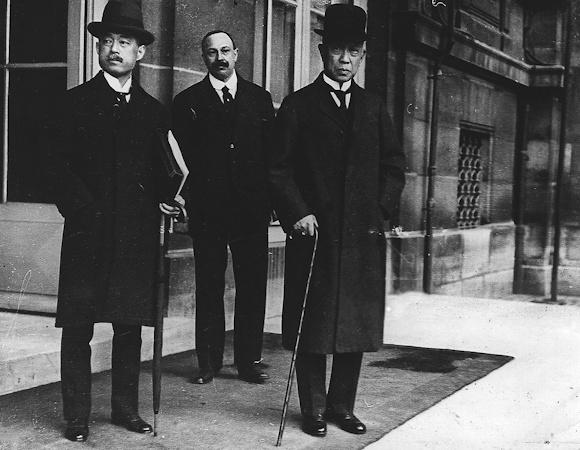 Those who follow me know that I think we are on the eve of the most serious recession in history. Precisely for this reason, I believe that both the head of the executive with his controversy with the Commission and the European Council, and the leader of the opposition with his willingness to leave the European Union are saying corbellerie, inadmissible internal propaganda in times of crisis. At the same time, the idea of ​​"reacting with innovative financial instruments ... to a war that we must fight together to win it as quickly as possible" frightens me.

The latter are two nonsense nonsense: first, we cannot accept the risk of new financial instruments and whose sustainability we do not know; second, we won't be able to get out of it quickly, so the word "quickly" does not apply to this situation.

Then there is the not negligible question that the payer decides and that therefore if the EU pays the bill directly it would have the power to decide how to invest for the emergency and the "reconstruction".

Yet, in hindsight, we are faced with a solution that can come from our participation in the European process and which we must achieve with our uncommon intelligence. It comes from the European Central Bank. The double pressure on the Commission and the Council must not be an end in itself, but aimed at facilitating, in order to avoid the much-reviled "European debt" by the Nordic countries (the Netherlands and Germany in the first place): the ECB must be induced to start, in times of profound deflation, a huge action to purchase government bonds and private bonds from our country (but also from Spain and France, potentially our allies), comparable as a model NOT to that conducted by the great Mario Draghi for an amount of 2.300 billion (1), strategic for the sustainability of Italian sovereign debt with a low inflationary impact and economic stimulus (2), but with a proportionally larger size than that carried forward from 2008 to 2016 by the FED, equal to 3,4 million billions of dollars.

The securities should not be purchased only on the secondary market, therefore already in circulation and by the banks, but directly on issue and should have a zero rate of return for the buyer (the ECB).

Our government could thus achieve massive issues of securities with a maturity of thirty years or even of century bond, with which to cover the cost of the "reconstruction". Above all, in agreement with the opposition, it should agree on a common position during the negotiation, in the sense that the alternative should not be drinking the conditions of the Nordic deflationists or drowning in debt and pandemic, but reach a compromise that is reasonable for us (in the sense a massive new quantitative easing) or ... be ready to do a defeault selective over the next twelve months, securing as much as possible Italian banks and families who have invested in Italian government bonds and causing a devastating and non-returnable tsunami in the Eurozone (and beyond). Without Italy, the Eurozone has no future and from the parts of Frankfurt they know it well.

In conclusion, I remind you of an episode taken from my previous article (3) which speaks volumes about the importance of knowing how to modulate your requests to achieve all your goals:

In January 1919, almost a century ago, the Japanese Prime Minister Marquis Saionji Kinmochi, opening the Paris Conference, expected his country to be part of the group of the "Great Five" winners of the Great War, together with the British Empire, at the France, the United States and Italy. Unfortunately, the circumstances of the first weeks showed that the Rising Sun was not perceived as one of the major powers: the Japanese requests regarding the German colonial empire in the Pacific region languished: Shandong and the archipelagos north of the equator (Marianne, Caroline, Micronesia and Marshall Islands) were tempted by too many. And no one seriously thought of granting them in a peaceful way to these obsequious oriental buffs. At this point, the Japanese delegation pulled a counter proposal from the top hat: that the "white" Powers also keep the territories of the former German Empire ... in exchange for an official declaration on the racial equality of the peoples who are members of the League of Nations. Open up heaven, open wide earth! There was enough to hyperventilate the representatives of Australia and the States! The proposal was even put to the vote and approved by 11 out of 17 delegates, with no negative votes ... but the British Empire and the United States raised the issue of unanimity ... and soon took it off the table.

The Japanese delegation was hastily granted all the requested territories, provided that they returned to their home soon, leaving the field free to the Western Powers and to serious things.