Home Recommended Points of view Italy and the politics of lowering the arms ...

Italy and the politics of lowering the trousers with the Turks 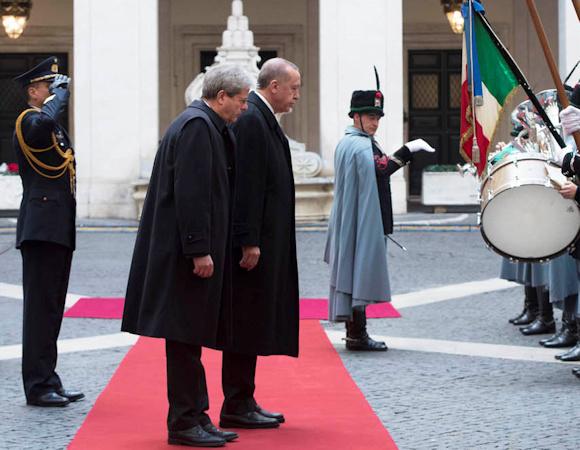 The Italians - you know - do not read the news of foreign policy. As a result, our politicians do not waste their time on issues that, for their media visibility and popularity, are completely irrelevant. For once, stereotypes about "italioti" (Eugenio Scalfari often defines the inhabitants of the Peninsula, who have stubbornly rejected the Protestant Reform before and more recently the Action Party) have brought advice to our ruling class, which has looked good, on the eve of the parliamentary elections of 4 March, to trigger the usual stone "to use the cameras" between majority and opposition. Yet, the bite was very greedy: there was a foreign president visiting our country, Recep Tayyip Erdogan, who during the talks with Prime Minister Paolo Gentiloni before and during the briefings with the Press then expressed his fears about the exploration activities and drilling of Eni off Cyprus, considered by the Turkish leader as "a threat to North Cyprus and Turkey". There was an Italian prime minister who looked like a boxer played after that meeting, and who knew in advance that soon the Turkish navy would intercept (and, he could not imagine, probably tried to ram) the ship for the exploration of gas fields Saipem 12000, preventing it from reaching its destination in the 3 block of exclusive Cypriot waters. There was even a little glorious retreat, with ENI forced to leave the field waiting for the diplomacies to do their job. In short, there was the perfect picture because even two distinct oppositions (Five Stars and Center Right) were on the government and the majority. But in the end, no one has written burning news releases; let alone someone has submitted parliamentary questions or has taken the trouble to ask immediate reactions, firm etc.

Nothing happened: the squares manifested against the "virtual fascism" of noantri, while a thousand kilometers a controversial head of state - capable of gagging any form of dissent, bombing neighboring countries and purging the university system as and better than the regime Mussolini - played cat and mouse with our flag oil company.

Some might think that the silence of the (entire) political class was a sacrifice on the altar of the excellent economic relations between the two countries. In fact, Italy is the third commercial partner of Ankara with 18 billions of euros of interchange and 1.300 Italian companies present in Turkey (starting from the largest: FCA, Ferrero, Barilla etc.), the third bridge on the Bosphorus was built from Astaldi, an Italian company and Unicredit is a member of one of the largest Turkish banks. 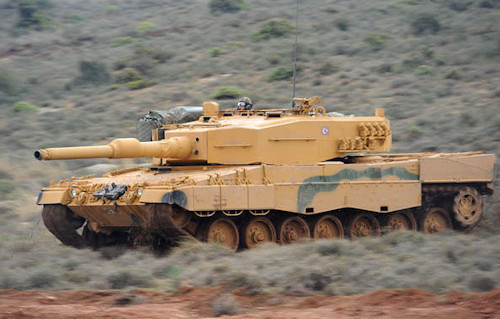 Even in the defense sector, Ankara is a precious customer: even in the face of images from Afrin, which in Germany have led to the suspension of programs for the modernization of tanks Leopard (photo), supplied to the Turkish armed forces, in Italy only a few small groups of extreme right or extreme left have defined a scandal the fact that the Turks are using the Mongoose of Leonardo-Finmeccanica. Paris is well worth a mass ... And anyway the new "Sultan" of the Door is certainly not disturbing our immediate interests with the operation "Ramoscello d'Ulivo".

The case of Cyprus instead concerns us all right: the gas extracted from ENI from the waters of the eastern Mediterranean will be strategic for our country, freeing us from dependence on Russia, Libya and Algeria. In short, Erdogan has to say the least put the boots on our table. But this did not cause any reaction. The knowledge of the strategic situation of Turkey has perhaps brought advice: Ankara is, at the end of the Ten years, a dog too biting for Italy, potentially very harmful.

On closer inspection, Turkey at the beginning of the twenty-first century is no longer just a former great power fallen to the rank of medium regional power: it plays its cards on three continents and very often has all the axes. It holds Germany, France and Italy in check with the issue of migrants: a new "biblical" migration like that of the 2015 could have devastating consequences on the public opinion of the Old Continent, forcing the "traditional" parties (social-democrats, Christian Democrats) and liberal democrats) to come to terms or even succumb - as in Italy - to anti-system forces. He developed a unique partnership with Putin's Russia, which does not hide his admiration for the Turkish president and his way of managing power within his own country, to the point that Turkey is the first country to which the Russians they sold S400 anti-missile systems1. Turkey, in fact, plays a game on the thread of ambiguity between NATO and Russia, not breaking the historical ties with the Atlantic allies but leaving many doubts on the effective solidarity of the Turks with the Western powers. The fact is that, in doubt and not wanting to cut the cord first, NATO countries have tolerated for years the aggression and decision-making of the neo-Ottoman leadership both inside (purges, mass arrests, etc.) and in relations with Surrounding countries. 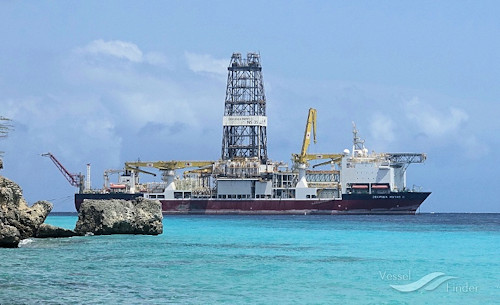 Aggressiveness manifested, in the area of ​​the Italy-Turkey crisis of last February, not only criticizing foreign explorations and claiming a portion of the deposits off the Cypriot coast - particularly those further north - but also using its navy directly in the Cypriot waters , since when, in the 2014, a ship of the Turkish navy flew a Norwegian vessel that was carrying out research operations in the Cypriot waters. Already, Norway: another "ally" of Turkey in the NATO family.

But Ankara did not limit itself to using force: as proof of its intention to protect its interest in gas deposits around Cyprus, Turkey recently announced the purchase of the Deepsea Metro II (photo), a $ 1000 million 210-paid drilling vessel currently docked in Istanbul. This confirms that for Turkey access to Eastern Mediterranean gas is to be understood as strategic to free itself from dependence on Russian and Israeli suppliers.

It would seem a story already written: in Italy, at the height of its political and military decline, the political class does not have the capacity to react to the arrogance of the "Sultan" and decides - for excess of prudence - to ignore the question completely jeopardize important economic interests and perhaps find themselves at loggerheads with the most unpredictable of European leaders (and others). Only that, while the Saipem 12000 was hunted by the warships of the Porta and French President Emmanuel Macron was engaged in futile attempts to bring Erdogan to milder advice2, the news had already spread that Exxon Mobil, an American giant of hydrocarbons, would soon send two ships for drilling in the exclusive Cypriot territorial waters areas of which it is licensed3: it seems to the writer that this may be the keystone of the situation and that Italy has done well, consciously or not, to wait, albeit so unfortunate. 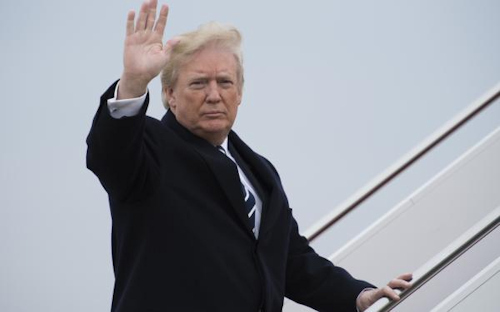 The American position differs from the Turkish one and is very clear. If Ankara intends to take unilateral and aggressive initiatives, Washington's reaction can not be absent: after all, the United States has always expressed itself for the legitimacy of the explorations by the licensing companies, in a framework of distribution of the benefits of exploitation of gas fields among all the countries in the region4.

In short, to paraphrase a Tuscan proverb, now Erdogan could find himself "rocking with a madman". We do not want to, but as for unpredictability even President Donald Trump is no less than none ... Not surprisingly, explorations of Exxon ships could take place during a sixth fleet exercise off the coast of Cyprus. Who knows how to say in Turkish: "Now we will see some beautiful"?

In conclusion, there remains a doubt: could the foreign minister convoke the Turkish ambassador and request a NATO emergency meeting to stigmatize Ankara's behavior? In international politics, it is known, often certain formalities are substantial. Of course, if the Left Center government was sleeping, we can not say that the opposition was awake ...

2 Not for a good heart: Total has interests in the area

As an incorrigible militarist that I am, I have always witnessed with great emotion the historic Carousel of ...
2303
Read 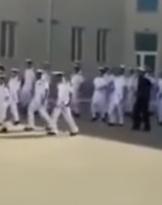 Although you get the feeling that as the days go by the wind of censorship is picking up, to use jargon ...
6340
Read 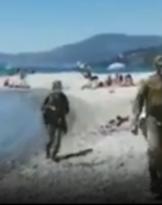 The images that flow on the smartphone screen have something surreal: two soldiers of the Italian army ...
4637
Read 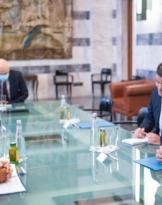 "It is up to the Egyptian armed forces to intervene to protect Libyan and Egyptian national security if they see a ...
1735
Read 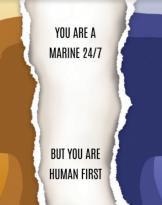 "Silent massacre", so the phenomenon that in recent years has been recorded in ...
4733
Read

Those responsible for the not exciting national policy, made more gloomy by the gloomy economic prospects, recently ...
2620
Read