Home Recommended Points of view The progress of the war in Ukraine according to ... 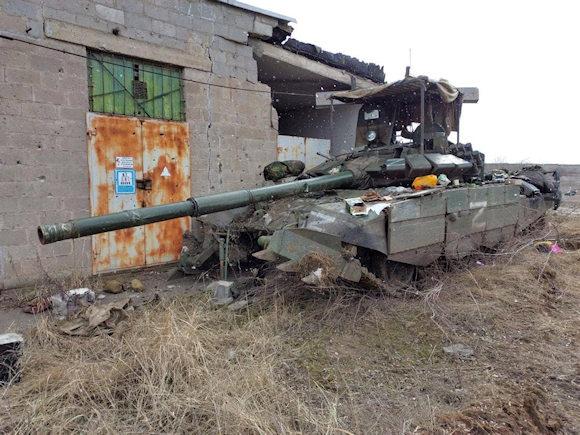 The whole world knows the so-called “Gerasimov Doctrine” thanks to Mark Galeotti, one of the leading world experts in Russia. Everywhere, as he himself wrote about Foreign Policy in 2018, "You will find scholars, experts and politicians talking about the threat that the 'Gerasimov Doctrine' - named after the Russian Chief of Staff - represents for the West". It doesn't matter what it is: whether a new way of making war, an expanded theory of modern warfare or a new vision of total warfare ... The fact is that "there is a small problem": the Gerasimov doctrine, simply, "does not exist. And the longer we pretend it really exists, the longer we misunderstand the challenge - real, but different - that Russia has launched to the whole world ".

Let's start with Mark Galeotti and his thoughts on the Russian war of aggression against Ukraine, recently taken up by Telegraph, to understand where the last and highest decision maker of Russia politics, Vladimir Putin, goes. According to the testimony of "A middle-ranking official who has already taken his family out of Russia: Everyone knows this war is a catastrophe, except the one man who could end it." Guess who we're talking about? Yes, just the modern tsar, who “Isolated in his circle of friends and yes-men, in a desperate attempt to save his legacy (historical and political editor's note) and heedless of the damage he is doing to Russia and the Russian people… he is no longer willing to make concessions. It looks like it will take more casualties on the battlefield, more misery and anger at home, more discontent within the elite before he even realizes that he will have to back down ".

But what is the author of this piece writing? It is precisely in these days, Galeotti comments, that “Vladimir Putin must feel a little smug. After months of bad news, his armies are advancing into the Donbass and even Boris Johnson admits they are making gradual, slow, but - I fear - palpable progress. Global food and energy prices are also rising not only thanks to Western sanctions, but also the Russian blockade of the Black Sea and the closure of international oil pipelines. And Henry Kissinger, a diplomat famous for his sense of realpolitik, suggested that Moscow keep some of his achievements as the price of peace ". Galeotti - like who writes - is surprised by those who are surprised: "Any jubilation from the Kremlin would be out of place: Russia is still losing and, perversely, some short-term successes actually leave Putin in a worse long-term situation". Let's explain better.

Galeotti does not deny that the Kremlin is aiming to conquer the entire eastern Donbass region, but “His generals are likely to be more pragmatic and just want to establish a defensible front line and maintain it. After all, their offensive will soon be over and there is no evidence that Moscow can muster the men and equipment needed for a new one in the near future. ". Sorry, Putin's and Defense Minister Shoigu's Russia does not have millions of troops to launch endlessly with ever new and modern means: realistically, "The hope of the generals is to use the defender's advantage to keep the Ukrainians at bay, whatever the West gives them".

Ladies and gentlemen, this is the paradox of (ephemeral) success on the battlefield: whoever does not understand it, perhaps thinks that Napoleon won by occupying Moscow. It is precisely the advances in eastern Ukraine that undermine Putin's war machine, because they involve "Longer lines to defend against the inevitable Ukrainian counterattack" now that “The Russian army is simply short of men. It also means more territory in which they will have to monitor an angry local population already turning to sabotage and guerilla warfare. Given that the National Guard, Russia's militarized internal security service, has already been put into service as front-line soldiers, this is an additional burden for an overcharged force ".

The total war card remains: what if Putin declares that this "special military operation" is actually a war? He could thus mobilize the reserves, no doubt but "There is no way that the military can absorb more than 100.000-150.000 soldiers" poorly trained and equipped with older weapons. But only with these additional troops these many new troops could the Kremlin generals hope to have "an impact on the battlefield" and ultimately attempt "another offensive", after the "great offensive" that started in April only served to gain a few kilometers of territory burned by artillery. Not that it would be immediate: “It would take perhaps three months to prepare them for battle and there would potentially be a huge backlash in public opinion. So Putin falters, the reservists worry, the generals are smoking and time is running out to prepare another offensive before the autumn makes operations more difficult ".

How many times have we heard phrases such as "Some young people would need military service" or their more ...
4488
Read

Put an evening in Georgetown, near the American capital, at the prestigious Italian restaurant Milan. Put to a ...
5504
Read

Readers often ask us why Online Defense does not have, so to speak, a line on the war in Ukraine, but offers ...
1170
Read