Home Recommended Points of view The progress of the war in Ukraine: also ...

The progress of the war in Ukraine: even Russian TV now does not hide the worries ... 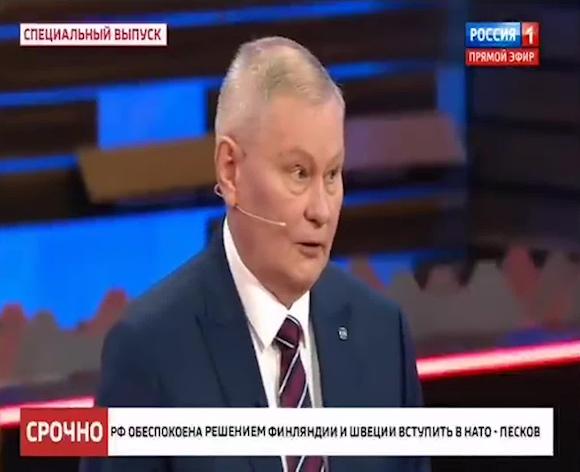 Withdrawal total number of injured e - at the moment partial - of the military and paramilitary fighters barricaded inside the Azovstal bunker-fortress is the news of the day, but - as often happens - reading the comments and the news helps us to understand only part of the situation in Ukraine at the moment.

In the last few days some things have happened silently and have not been written down and others - which have happened noisily - have not been understood or analyzed in depth: in the end, we still continue to believe that a Russian "great offensive" is underway, but is not so.

To help us understand better, as usual, we will use some maps.

This is a photo of the locations on the ground Sunday April 24. As you can see, the territories occupied by the Russians, those disputed and those under the government of Kiev are indicated. Let's talk, to understand each other, about the situation one month after the "great retreat" (yes, massive) of the Russian troops from Kiev, Chernihiv and Sumy. 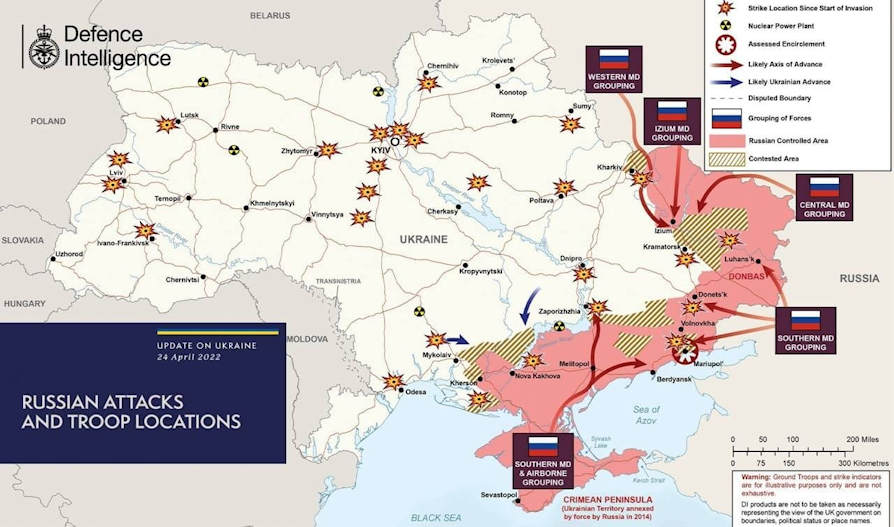 This is a photo of the locations today Monday May 16, namely yesterday. Take a good look at it: 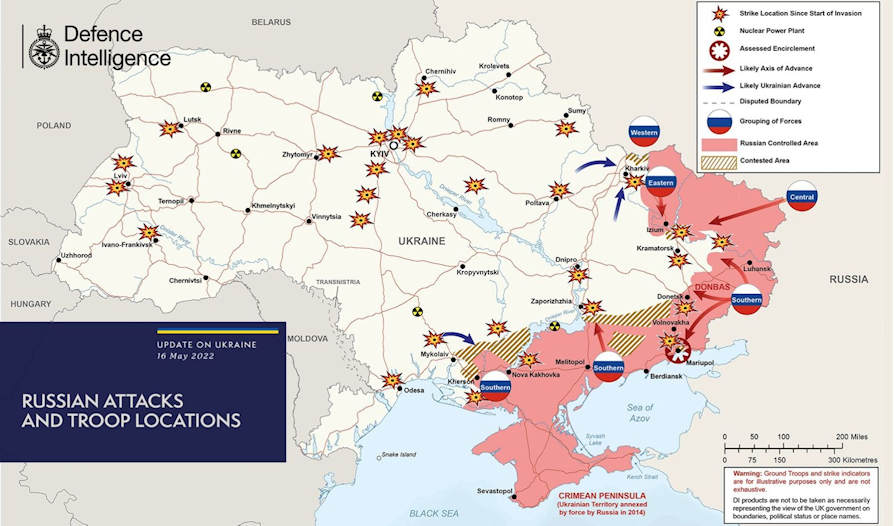 What has changed? Well, we can point to at least four macroscopic differences:

The area around Severodonets remains, the last very modest military target left for the Russians, less than twelve weeks after the start of the so-called "special military operation", before the twenty billion dollars of military aid promised by the Americans reaches the territory and Ukrainian troops.

Warning: this is not a propaganda or optimistic speech, but a fact. Suffice it to say that not even the strict censorship imposed by Putin manages to hide this which is a real concern for Russia: Monday May 16 on the main Russian state TV channel, Rossija 1, former Colonel Mikhail Khodarenok, expressed very critical positions on the progress of the war in Ukraine on a well-known TV talk show: he said, in fact, outspoken that the war is going badly for Russia, that the willpower of the Ukrainians offers an incomparably greater advantage than the Russian "numerical superiority" alone and that it will get worse and worse because the new weapons will soon arrive , modern and effective, promised by the United States.

Then, the Slavic giant will find itself in "total geopolitical isolation", being able only to count on the possible support of China and India which will certainly not be free ...

Who remembers the fall of the Berlin Wall on November 9, 1989? A few months earlier, Honecker had predicted in January ...
4569
Read

When you use a weapon or apply a tactic in war, you do it for one reason only: it gives you an advantage in winning or, if ...
4810
Read

Put an evening in Georgetown, near the American capital, at the prestigious Italian restaurant Milan. Put to a ...
5260
Read

World War II? The Poles blew it up in 1939: Austrians and Czechoslovakians had not succeeded ...
10204
Read

Readers often ask us why Online Defense does not have, so to speak, a line on the war in Ukraine, but offers ...
1144
Read

You read the newspapers and you have the impression that sooner or later the Russian president will leave us - it is appropriate to say - in ...
5783
Read

Today 3 June has arrived what seemed impossible on 24 February: the XNUMXth day of the war of ...
4066
Read

The whole world knows the so-called "Gerasimov Doctrine" thanks to Mark Galeotti, one of the world's leading experts ...
5538
Read

Where were we? Not even a week after my last article on the progress of the war, it seems that the media ...
15925
Read

Take a good look at this piece of paper: it is one of the thousands of flyers that the Turkish air force has rained down in the ...
4004
Read