Home Recommended Points of view Russia: the reasons for the inefficiency of ... 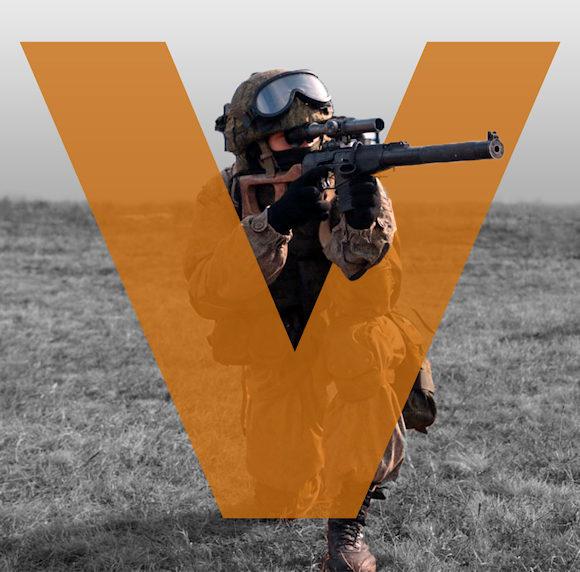 A tradition of the armed forces of theAncient Regime was that the looting was not carried out before the decisive battle, in order not to worsen the logistics, the cohesion and ultimately the efficiency of the armed forces due to the transport and division of the loot. To paraphrase General Ben Hodges, Russian soldiers are evidently as medieval as their officers, and the latter are not very clever. This is witnessed by the story of Vitaliy S.'s I-Pads, stolen from his home in Hostomel, north of Kiev, by a soldier of the Moscow forces during the weeks of the useless and inglorious occupation and brought with him by the uniformed thief through Belarus and up to Donbass. Thanks to this, as to many other nonsense done by Russian soldiers - and allowed by their officers - Ukrainian intelligence has been tracking entire battalions for several weeks.

The impression that the Russians are, so to speak, little aware of technical developments is confirmed by other imprudences. In the future, for example, it will be possible to try to prosecute Russian troops who allegedly have been guilty of rape, kidnapping, torture, arbitrary arrest, brutal violence, extortion and murder in defiance of international law of war, because we have the wiretapping of their phone calls. in clear text, the messages on the messaging systems found on the devices worn by prisoners and dead, the DNA of the rapists, the geolocation of individuals and departments, etc. We are in 2022 but - unfortunately or fortunately - the Russian troops they seem1 carry on an ancient tradition of violence against civilians in the manner and lack of prudence of the past two centuries. They do so without thinking too much about the fact that one day, when these soldiers will be able to leave the borders of their so-called "empire", they will have the police of hundreds of countries to hunt them down, also because their personal data have been (or will be ) hacked and their traces (DNA, documents, digital signals, etc.) are abundant in crime sites as well as on the web.

The fact is that in Moscow they have not yet realized that they had played the advantage they had in 1945 and that allowed 99,9% of the guilty to get away with it, when in a few months they carried out the largest mass rape in history, to damage to 1,4 million German women, as well as tens of thousands of Jewish, Polish, Baltic and even Soviet prisoners who have just been liberated from the Nazi concentration camps.

According to some historians, Stalin claimed to "understand if a soldier who has traveled thousands of kilometers through blood, fire and death has fun with a woman or does some nonsense ..." how to sexually abuse it, deserves tolerance: “We teach our soldiers too much - would have argued - let them take their initiatives ". 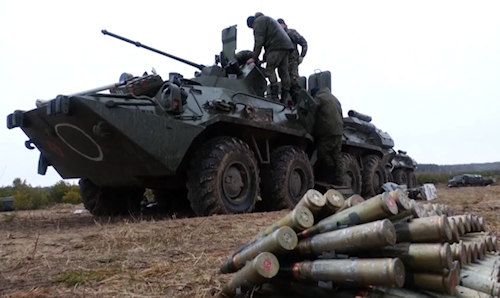 Then as now, the fumus mainly concerns troops from the central and eastern regions of the state. The difference today compared to then is not the numbers but the geopolitics: between the spring of 1945 and 23 February 2022, Moscow enjoyed the immense credit of having contributed in a decisive way to overthrow the Hitler regime. Anyone who believes that vile economic interest alone has led to ignoring the Kremlin violence in the Caucasus, Syria and the Black Sea would be wrong to a fact: for 77 years Russia was Hitler's winner. Today, said credit has run out, indeed the Russian Federation for the Free World has put on the very clothes of Hitler's Germany, substituting the ideology of the Russian World for that of Living Space and adopting chauvinism and revanchism in the manner of the Nazis. In short, since February 24, Russia has been reduced to a pariah, a prisoner of its own errors and horrors.

It is not surprising that, still considering himself an "untouchable", excluding self-criticism and not accepting himself for that poor and isolated country that it is now, he allows his officers and soldiers to do nonsense, unpunished who think they are, like that of the I-Pad.

This irrationality is not without geopolitical consequences:

In conclusion, Russia seems so medieval to us, because it has always remained itself, a bit like 120 years ago the China - the imperial one - of the widowed Empress, unable to adapt and absorb the news as it did instead. Japan Meji, but also without the contribution of the jewels of the old empires, Tsarist and Soviet, namely the Baltics and Finns and their practical and analytical intelligence, as well as the Ukrainians and their industriousness and their warrior spirit. It is no coincidence that now you seem to aim to subdue or destroy both ...

1 We hope to be proven wrong: we are guaranteed ...

How many times have we heard phrases such as "Some young people would need military service" or their more ...
3988
Read

Who remembers the fall of the Berlin Wall on November 9, 1989? A few months earlier, Honecker had predicted in January ...
5744
Read

When you use a weapon or apply a tactic in war, you do it for one reason only: it gives you an advantage in winning or, if ...
5259
Read

Put an evening in Georgetown, near the American capital, at the prestigious Italian restaurant Milan. Put to a ...
5490
Read

World War II? The Poles blew it up in 1939: Austrians and Czechoslovakians had not succeeded ...
10408
Read

Readers often ask us why Online Defense does not have, so to speak, a line on the war in Ukraine, but offers ...
1167
Read

You read the newspapers and you have the impression that sooner or later the Russian president will leave us - it is appropriate to say - in ...
6013
Read

Today 3 June has arrived what seemed impossible on 24 February: the XNUMXth day of the war of ...
4086
Read

The whole world knows the so-called "Gerasimov Doctrine" thanks to Mark Galeotti, one of the world's leading experts ...
5625
Read

Where were we? Not even a week after my last article on the progress of the war, it seems that the media ...
16072
Read