Home Recommended Points of view In France, I change at the head of the Ministry ...

In France, I change at the top of the Ministry of the Armed Forces 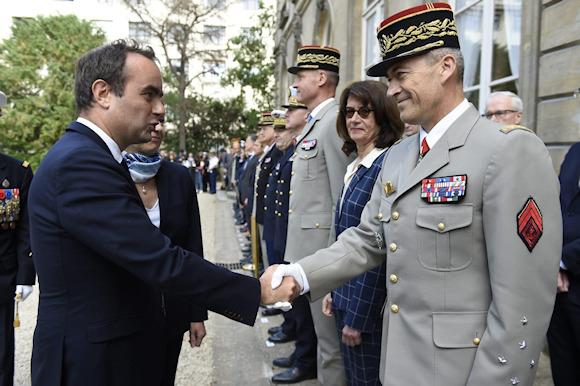 France, one of the largest and most influential countries in Europe, this month saw a passage to the polls for the presidential elections that awarded and re-elected outgoing president Emmanuel Macron.

The office of prime minister went to a woman, Élisabeth Borne, while the Ministry of the Armed Forces passed to a man, Sébastien Lecornu.

Former overseas minister (with the previous Castex government) from 6 July 2020, at the age of 36 he now takes on one of the most important and complex ministries of French foreign policy.

Not an easy feat for the newcomer.

The Ministry of the Armed Forces is currently engaged in complex operations around the world:

-in Africa, where it is grappling with counter-terrorism operations and (lately) with the withdrawal of Barkhane's French armed forces from Mali.

-in Middle East is engaged in Operation CHAMMAL, to fight Daesh and support the security forces of Iraq, the French expression of the multinational operation Inherent Resolve in Syria and Iraq.

-in Lebanon, with the DAMAN operation.

- In the Gulf of Guinea, with the CORYMBE operation.

- in Strait of Hormuz, with the AGENOR operation.

To talk only about the main ones ...

To all this we must add the national operations (mainly Sentinel but also Resilience), the sovereignty forces (about 7000 men between the Antilles, Guyana, Mayotte, La Reunion, New Caledonia and French Polynesia) and the presence forces (about 3750 men between Senegal, Ivory Coast, Gabon, Djibouti and United Arab Emirates ) in addition to the missions of maintaining the freedom of navigation almost everywhere.

Of course, the challenges for the new minister do not stop there: there are numerous open programs, starting with the improvement of the condition of military families, the renewal of the nuclear submarine fleet, innovation, the increase of the cyber and space component but also the problems deriving from belonging to supranational organizations such as the European Union and NATO.

Finally, let's not forget that the French Armed Forces are the best instrument of influence for the Defense Industry, which in fact is always in the foreground, in Europe and in the world.

An immense task for the new minister of a country that aspires to serve as a regional power and a driving force for the Europe of Defense.

Who remembers the fall of the Berlin Wall on November 9, 1989? A few months earlier, Honecker had predicted in January ...
5078
Read