Worries of the Russian forces after five weeks of war? Maybe yes maybe no 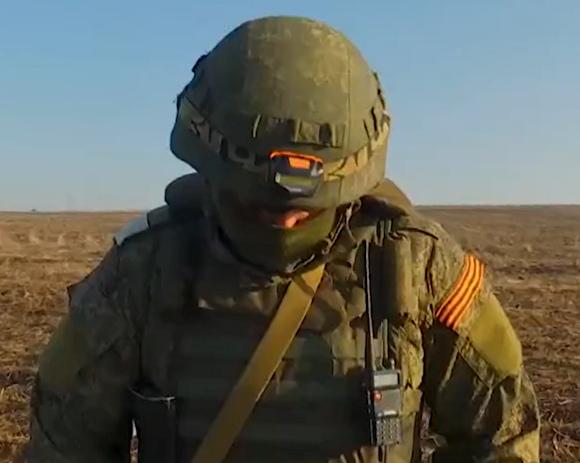 The Russians have always been a mystery to us Western Europeans.

We continue to talk nonsense about the movements of their troops, as if we were understanding something: we think that there is a very certain repositioning and a "tactical retreat", we are very sure that the pressure on Kiev is eased to transfer it to the Donbass, as well as about Mariupol that for us is about to fall or has already fallen every other day as well, but above all we take for granted an imminent massive and decisive attack of the ready Moscow forces - pass me the term borrowed from a famous teacher of my old university - to "gut" Ukraine or at least to devour its eastern part or, even less, to take the Donbass.

The Russians are in pain. But not too much ...

The Russian forces are in evident retreat, the result more of the wear and tear of the troops and vehicles, on different positions of their very long front of attack:

It should be noted that Russian and Ukrainian sources agree that the Belgorod supply base, which exploded in recent days, was hit by the forces of Kiev, with great material damage to the Russian forces on that flank. 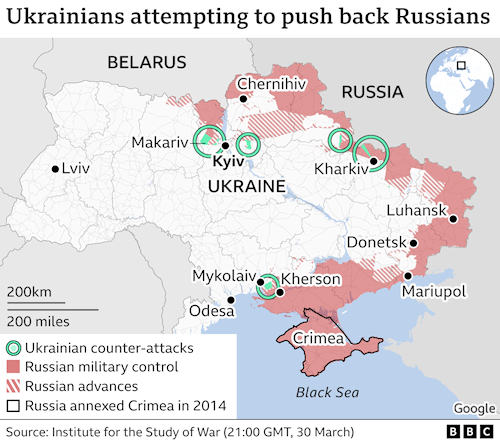 For now, the most critical positions are stalled, namely Mariupol - where the infamous Azov battalion posts daily photos and videos of annihilated Russian tanks and troops - and the area west of the Donbass, where the best have been facing each other for eight years. troops of both sides. Here, the Russian forces are certainly not worn out, indeed they are certainly capable of inflicting considerable damage, as can missile weapons systems, even if Kiev were to equip itself with the S-300s.

The battle south of Kharkiv

From the battle that led to the release of Malaya Rohan, documents emerge that are making the rounds of the web and news agencies.

Among the papers found following the fighters, stories emerged from six days before the attack launched by Putin's men: two officers together with a non-commissioned officer and a private soldier were removed for refusing to participate in the next operations in Ukraine. Their fate is unknown. Strange to say, but most of the captive officers continue to deny knowing they were invading Ukraine, claiming to see it as an exercise.

In such a framework, it is not wrong to believe that the Ukrainian armed forces, the Polish allies and not least the American and British "sponsors" consider it more useful to continue hostilities against an enemy in difficulty rather than give the Russians the advantage of a truce. , which they can then violate at will, once the means have been repaired, the men replaced and the entire military effort rationalized.

Nor can it be ruled out that Kiev, Warsaw, Washington and London are waiting to understand theevolution of tensions between Armenia and Azerbaijan, should Moscow ever be drawn into a new conflict.

In short, the war continues ...

Who remembers the fall of the Berlin Wall on November 9, 1989? A few months earlier, Honecker had predicted in January ...
5078
Read