Home Recommended Military law Refusal and revocation of the firearms license: as ... 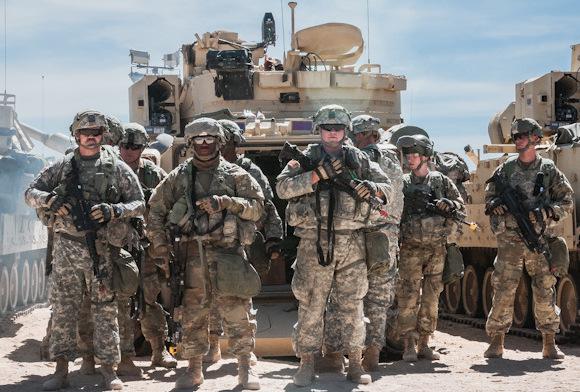 As is known, the release and maintenance of the ownership of the firearm license are subject to multiple, rigorous investigations, which take into consideration, among other things, the personality of the applicant, his criminal record and even those of his cohabitants.

The experience gained through the daily assistance provided on the matter, however, shows that too often the denial and in particular the revocation orders ordered by the competent Administrations suffer from excessive rigidity, and end up often proving to be patently illegitimate.

A short and concise review of recent jurisprudential cases, in which the opposition to the law of the act has been clarified by the judicial Authority, may be of help to those who are faced with determinations of this fact.

1. The denial or revocation, first of all, must be adequately motivated

The first fact to consider - a real litmus test, for the purposes of the correct assessment of the legitimacy of the negative measures of the species considered here - is certainly the adequacy of the motivation of the contested act, to be assessed in terms of completeness, logic and non-contradictory (internal to the act and external, that is to say with respect to other measures that have involved the interested party, as well as with regard to the internal acts of the procedure defined through the adoption of the denial or revocation).

In TAR Campania - Naples, n. 760/2017, so, for example, the contested revocation order was deemed illegitimate, as it did not contain a specific assessment of the personality of the interested party. Moreover, the danger associated with the use of weapons must exist concretely and not in the abstract, and the assessment of the reliability of the person involved cannot be accomplished except by punctually analyzing the particular situation being tested.

2. The revocation of the firearms license, in order to be adequately motivated, must specifically indicate the change in the conditions that had permitted its release

With regard to the screen to be conducted ex post on the motivational process that intends to support the negative provision, then, with specific reference to the hypothesis of revocation of the firearms license, it will be necessary to verify that the requested Administration has promptly justified for what reasons and under what profiles it must be considered changed in pain the assumed situation, which in turn had originally led to the issue of the qualification.

This is what the Molise TAR, n. 10/2018, which states in this regard that "the Administration has examined the same facts that had induced it, in previous years, to grant the license, expressing however an opposite evaluation. The reasons for the reversal of the final decision are not explained, even in the presence of the same, identical situation ".

3. The investigation must be complete and participatory

Another jurisprudential line has highlighted how the procedural investigation, in this matter more than ever, must be complete and participatory, so as to allow the interested party to present their reasons, depositing memories and documents. In Cons. State, Section III, 5.2.2015, n. 575, for example, the revocation ordered on the sole basis of a single criminal precedent, consisting of a single episode of driving while intoxicated, pursuant to art. 186, c. 1, CdS, which was followed by blood tests which were completely normal, and this on the assumption of the procedural violations put in place by the proceeding pa.

In this regard, the need is confirmed, among other things, of the communication initiating the procedure, pursuant to art. 7 of the law n. 241/1990, as well as a careful examination of the documentation produced, as well as the related memories filed by the instant subject, also pursuant to art. 10-bis, following the possible communication of the reasons impeding the acceptance of the request (so-called rejection notice), which the proceeding administration must necessarily evaluate (ex plurimis, Cons. State, Section V, June 16, 2003, n. 3380).

4. Denial and revocation must respect all the principles which constitute as many negative limits of administrative discretion

Furthermore, the refusal or revocation orders issued in the matter of firearms are not exempt from the necessary respect of the principles that set themselves as external limits (or so-called negative) with respect to the exercise of administrative discretion. Among these there is undoubtedly that of proportionality (or "less sacrifice", according to the teaching of MS Giannini), according to which the public administration, in the concrete pursuit of the public interest, cannot prejudice the legally relevant interests of citizens to a greater extent than is strictly necessary to carry out this function and to achieve this objective. Thus, for example, the provision for revocation of the firearm order against a hunter who during an hunt had accidentally caused minor injuries to a hunting companion was deemed illegitimate for violation of the aforementioned principle (Cons. State, Sec. III, 14 March 2014, no. 1303). As well, in application of the same principle, in TAR Emilia Romagna, n. 445/2015, the revocation resulting from a mere occasional dispute in the family, which was also followed by a reconciliation, without having been judicial aftermath, was considered illegitimate.

5. A specific (and very recurring) hypothesis: the refusal and revocation of the firearms license in case of criminal record of the interested party (postponement)

As regards specifically the relevance of the criminal records, please refer to another article that we have already published in this same magazinev.link).

In a nutshell, much will depend on the nature of the alleged crime (or worse yet ascertained, perhaps with a final judgment). In fact, only in cases where sentences involving criminal conduct concerning the use of weapons, or in any case denoting violent behavior by the person concerned, can a denial or revocation be configured at least on the legitimate point ( in this sense, TAR Emilia-Romagna - Parma, section I, 21 September 2015, no. 253, see also, ex multis, TAR Abruzzo, 15 January 2015, n. 28; TAR of Sardinia, 26 June 2015, n. 888). Therefore, in contrast, no relevance can have in this regard - that is, for the purpose of validly justifying a refusal or revocation order - a sentence or in any case a criminal proceeding involving crimes that do not involve the use of weapons or that however they do not show that the applicant has denoted a violent or aggressive nature (thus TAR Tuscany, 27 May 2016, n. 905, in which there was a question of financial crimes, and still see also TAR Emilia-Romagna - Parma Section I, September 21, 2015, no. 253).

The brief jurisprudential review just outlined - in which the rulings considered by way of example have been distinguished by thematic area - already makes it possible in itself to highlight that a careful examination of the denial and revocation orders issued in the matter of firearms issued by public competent administrations are frequently able to produce evidence of illegitimacy profiles which, if properly valued, can allow the cancellation of the negative act during administrative self-protection or before the judicial Authority.

Those who find themselves to be recipients of such administrative decisions, therefore, can make use - at least in the first instance - of the aforementioned suggestions and evaluation criteria to isolate any defects in the legitimacy of the act, so as to make use of them out of court (through the formulation of requests for self-defense, or administrative appeals, including extraordinary ones) or judicial appeals (through an appeal to be submitted to the territorially competent administrative court). This being understood that, also with reference to the matter in question, in any case, the instrument of judicial protection is the most prompt solution, especially in the cases in which any reason of urgency can be asserted, which allows access to any form of precautionary protection.

When we talk about wars, as far as it is legitimate to deduce from the news of these weeks, we end up with the reputation ...
6956
Read

Unfortunately, the cases of soldiers and members of the Police Forces whose ...
3164
Read