Home Recommended Reviews Review of the essay "Geo-economics and ... 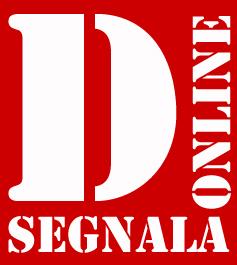 The monumental new essay by Prof. Giuseppe Gagliano, president of the Carlo de Cristoforis Center, offers an interesting overview of French thinking on geo-economics and on economic war and intelligence.

These are essential themes not only for the legitimization of the role of the nation-state towards its citizens, but also for the geopolitics of the globalized world. The latter is characterized by the "end of the military order" which had dominated international relations in the Western world from the Peace of Westphalia to the disappearance of the bipolar world. After the collapse of the USSR, it saw the emergence of the current multipolar world, from the crisis of multilateralism - that is the centrality of international institutions and their rules - and from the emergence of "turbocapitalism" and "hyper-competition" among the country systems. In reality, rather than a multipolar world, we should speak of an a-polar one. Economic and financial competition is unfamiliar. Globalization has given rise to phenomena of fragmentation. Even the most solid regional institutions, such as the European Union, are losing their cohesion.

The global economic crisis and the strengthening of the emerging powers are producing a re-nationalization of the policies of the States, accompanied by trade protectionism and "coin wars". Globalization itself is asymmetrical. It is producing winners and losers both among states and within them. The efficiency of country systems, aimed at increasing their competitiveness, that is their relative productivity, is becoming a determining factor in the world power structure. France, before and more than other European states, was aware of it. The wealth of his strategic economic thinking clearly demonstrates this.

The writing by Giuseppe Gagliano contains an in-depth and stimulating review of the thought of some of the most innovative and interesting French scholars of the subject. In the first chapter, Gagliano examines the thought of Ali Laidi, author of two important writings that deepen and develop the geo-economic theories anticipated by Edward Luttwak in the nineties of the last century, especially in terms of economic war and the challenges it poses to States. The second chapter is dedicated to Christian Harbulot, founder of L'Ecole de guerre économique and perhaps the most influential French expert on the subject. In large part he and his students are responsible for the drafting of the Martre Report of the Commissariat du Plan, which also laid the foundations for the current organization of economic intelligence in France. It is headed by the Prime Minister, but branches off to the regional level. Take advantage of every opportunity, even those offered by technological, commercial and financial espionage. It is used by the French authorities with great ease and undoubted efficiency. In this regard, relations of close collaboration and mutual trust between the State and businesses affect this.

The immense production of Harbulot ranges from geoeconomics, economic intelligence and the impact of cognitive factors on economic competition. It clearly shows how the infowar - with its disinformation and the careful management of institutional information - is a central component of the struggle to increase the competitiveness of the country-system and of its businesses. The third chapter is more articulated. Giuseppe Gagliano examines the productions of various French scholars. Pascal Lorot, founder of the journal Géo-économie, which is the essential document to follow the evolution of French strategic thinking on geo-economics and related disciplines.

Philippe Baumard, who highlights the importance of economic intelligence for the conquest of markets. Jean-François Daguzan, who highlights the importance of relations between the state and businesses and who argues that competitiveness has become a component of the political contract that must exist today between states and their citizens and businesses. State intervention is crucial to place them among the winners, rather than the losers of globalization. Dominique Graber, who underlines the continuing importance of politics, and therefore of the state, in the financialization of the economy and the limits of the slogan “more market less state”. Its validity has been heavily eroded by the economic crisis.

Jean Guellet, who explores the relationship between technology and power, given the undiminished importance of hard power and manufacturing even today, in which it is so popular, especially in Europe, to enhance the virtues of soft power.

Jacques Sironneau, who explores the geo-economic importance of water, also because of its rarity (only slightly more than 2% of the water existing on earth is sweet and usable), and due to the change that the diet is undergoing to worldwide, with the increase in protein consumption compared to carbohydrates. It requires a significant increase in the production of food since, to produce a calorie of protein, 10-12 carbohydrate calories are needed. The problem of water becomes strategic, since the 70% of the sweet one is used in agriculture: Finally, Xavier Pasco, who says that the end of the cold war has changed the interest of the politician in space. Its importance is not alone (or, anyway, it is no longer just that of being a multiplier of military power. Spatial scientific and technological research activities have become an indispensable stimulus for innovation, therefore for the competitiveness of the states, above all of the the most advanced ones.

The volume is enriched by the analysis of some Case Studies which I consider to be very well chosen. They are in fact very significant for integrating the analysis of the thought of French scholars in the geo-economic field. The first "case" concerns the communicative counteroffensive decided by Siemens to deal with the damage suffered by its image following the supply to Iran of equipment that the Tehran government had used, between May and July 2009, against the Green Wave , that is against the demonstrators who protested against the electoral fraud made for the election of President Ahmadinejad. The second concerns the Veolia case, which concerns hydro-geopolitics, which has become increasingly competitive due to the entry of new companies on the water market and to the growing awareness of the scarcity of this essential good for the survival of humanity. It can no longer be considered a "gift of God", available to everyone, free of charge or at heavily subsidized prices, nor is it manageable at the local level. Instead, it has a cost, which varies from country to country and should be counted in the price of finished products, both food and non-food. The third case is that of Perrier and concerns the strategic use of information and disinformation both for defensive purposes and for procuring competitive advantages over competitors: info-war has an impact in the global competition similar to that of cyber war.

In conclusion, the volume of Prof. Gagliano represents a meritorious effort to make the Italian public aware of the realities of the current economic hypercompetition. We must be grateful to him for having produced a study so rich in data on what has been done in France. One cannot but feel a remarkable admiration and also envy towards the level reached in the sector by our French cousins.

Carlo Jean - President of the Center for Studies in Economic Geopolitics

Riccardo Lancioni Ed. Chillemi pp. 112 The Yom Kippur War was a highly technological conflict, in which the ...
933
Read