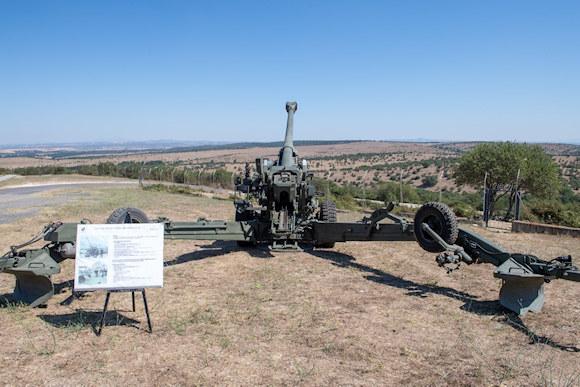 This morning, the commander for the Training, Specialization and Doctrine Army Corps General Carlo Lamanna, as part of the training activities connected with the development of the UNA ACIES 2022 exercise, attended the activities in progress at the Monte Romano (VT) shooting range.

Received on arrival by the commander for the Training and Application School of the Army, Major General Mauro D'Ubaldi, General Lamanna had the opportunity to attend the training phases of the students of the Training Institutes and Command and Weapon Schools of the Italian Army.

The exercise saw the officers attending the Corps of Engineers, under the supervision of the instructing staff, carry out blasts and demolitions, to slow down and divert an enemy unit in order to have it conveyed to a well-defined area, prepared for the Artillery fire intervention. 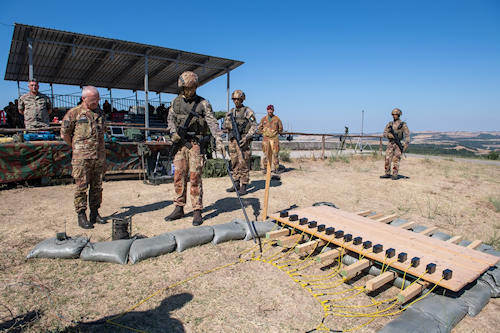 The officers frequenting the Artillery Weapon, on the other hand, after having acquired the target on the ground by the observer team, forwarded the request for intervention to the command post of the fire dispensing unit, for the subsequent intervention of a section of howitzers ( PZh2000 and FH-70), with observation of the shot by surveillance cores and visual target acquisition (SAOV).

Finally, the pupil marshals of the XXIII ° course of the Officers' School of the Army, carried out an infantry platoon fire drill on VBM Arrow in attack, against enemy organized in defense and subsequent consolidation phase.

During the execution of the training activities, explanations of the technical-tactical procedures were carried out and the materials, means and weapon systems used were illustrated.

The gen. ca Lamanna, during his speech thanked all the staff who made this training cycle possible, also highlighting how "UNA ACIES" represents the most important exercise in the training area of ​​the Italian Army, as well as a moment of verification and application of technical-professional standards acquired during the phases spent at the Institutes and Schools of Arms.

With the departure of the War Flag of the 82 ° Turin Infantry Regiment, the men and women of the Army ...
1373
Read

In recent days, a team of bomb squads from the Italian Army, under the 10th genius sappers regiment of ...
630
Read

As part of the bilateral military cooperation between Italy and Oman, the working visit of three ...
5197
Read

The recruitment activity continues at the four training regiments, the 235th of Ascoli, the 17th of Capua, the 80th ...
872
Read

Last week, at the "Cesare Battisti" barracks in Aosta, the training phase in "high ...
8465
Read

It took place yesterday, in the presence of the commander of the Southern Operational Forces, general of the army corps Giuseppenicola ...
1483
Read